Head. Punctation as in female.

Thorax. Pronotum with proportions and punctation as in female. Prosternum narrower than in female (subequal to diameter of procoxa). Metasternum as in female.

Elytra. As in female.

Abdomen. Sterna with numerous white setae except for a glabrous area along midline of sterna III–VII.

Etymology. Tsachila, named for the indigenous Tsachila people of Ecuador, who still inhabit the region where this species was found.

Diagnosis. This species can be recognized by its large size and relatively coarse punctation on both the pronotum and elytra. The laminae along the curve of the median lobe are unique among the Beltia  so far known.

Remarks. The female was selected to be the holotype because it is in a much better condition than the male. The male abdomen and genitalia were badly broken during the pinning process; the drawing of the aedeagus is a composite of the various fragments found after dissection. This species is known from one locality in the foothills of the western Andes in Ecuador ( Fig. 79View Figures 78–79). 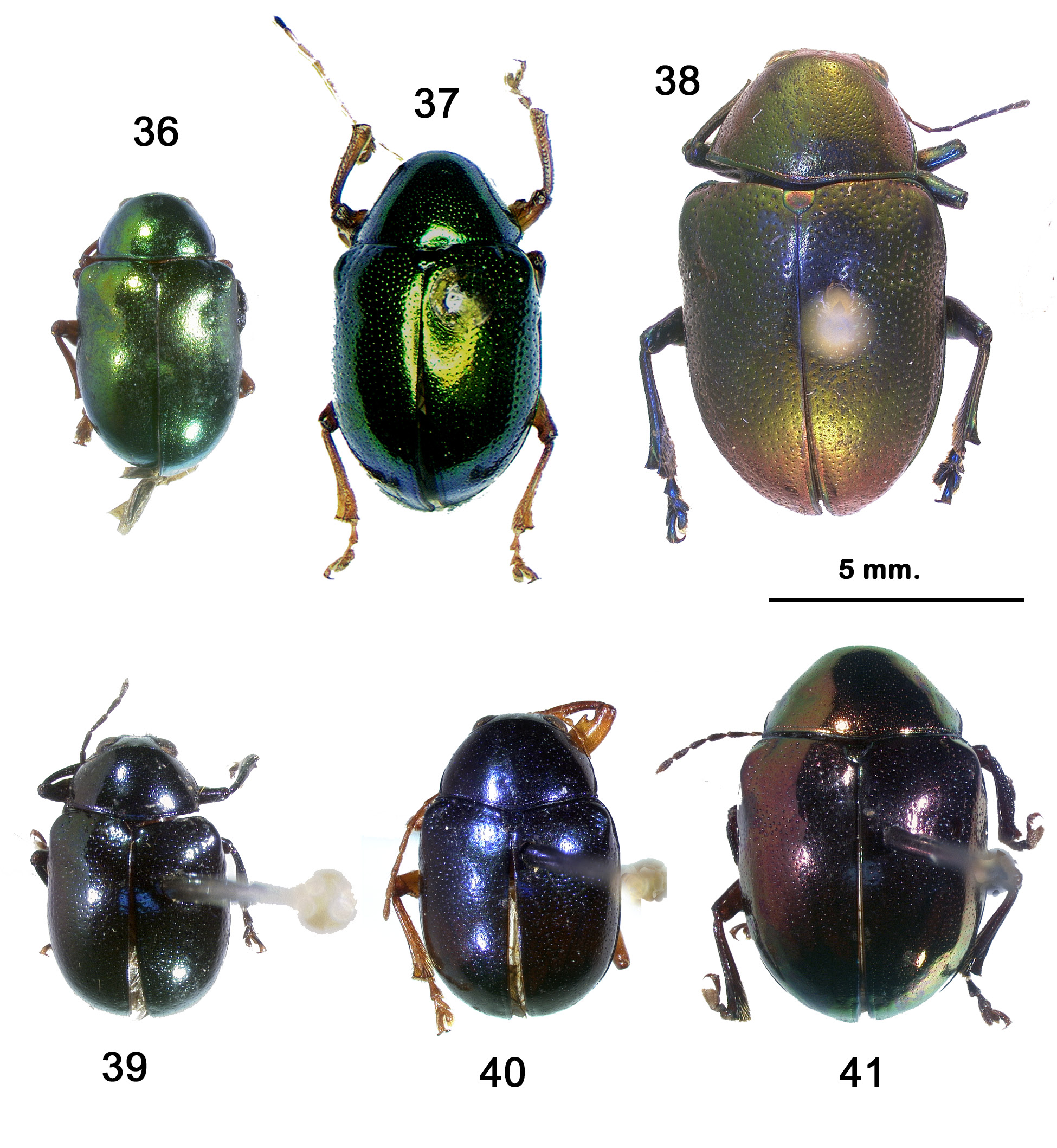 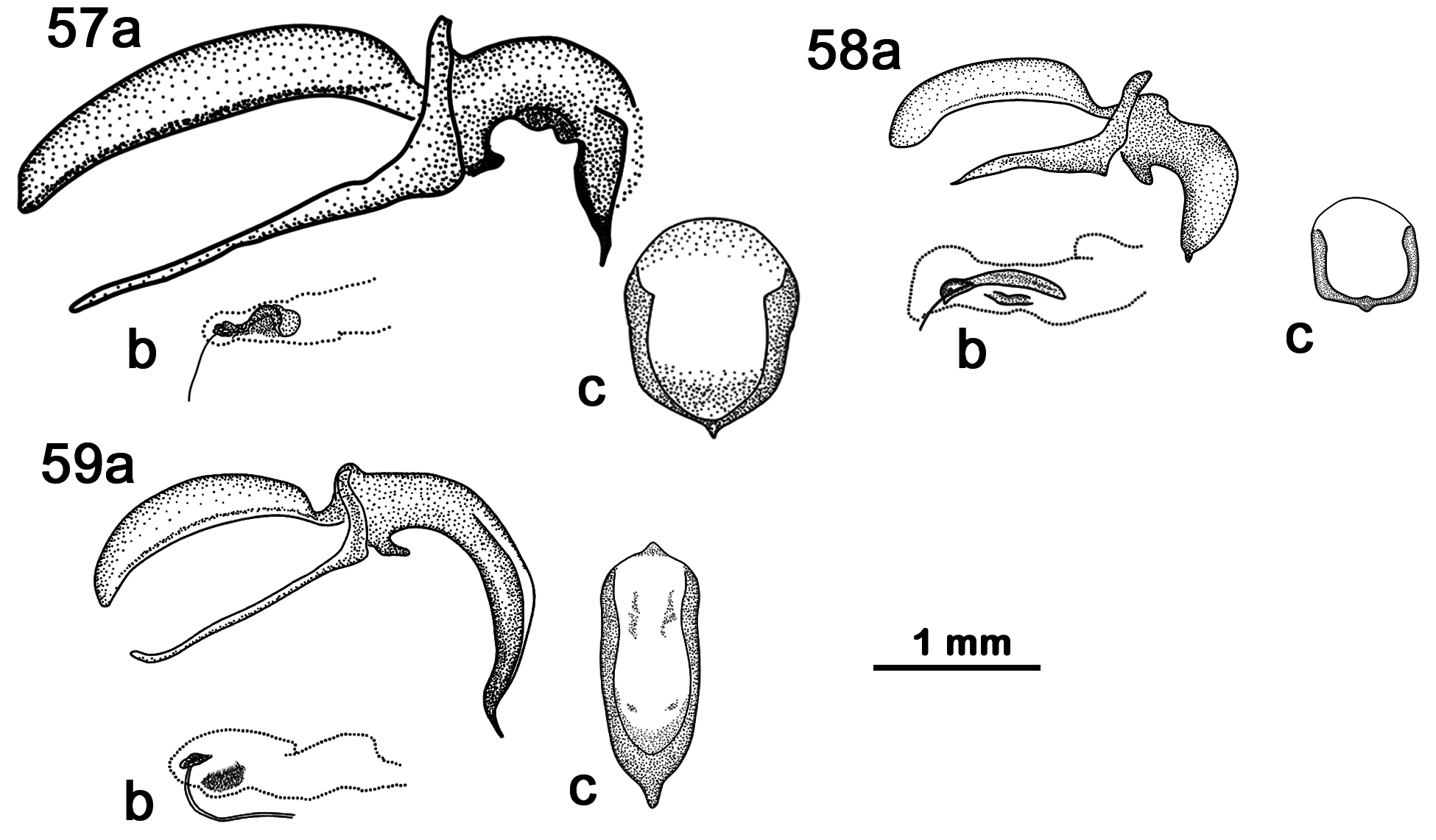 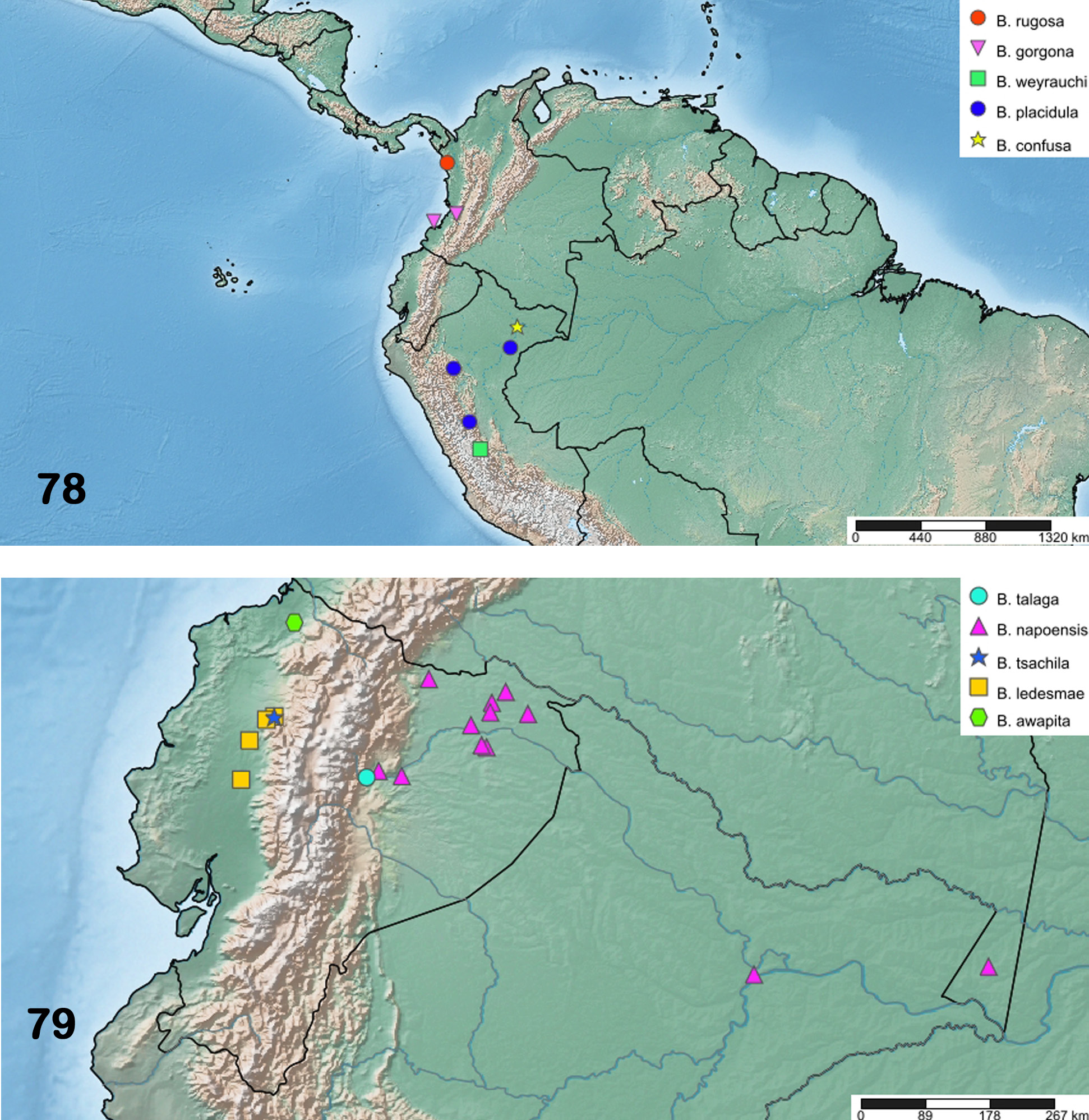