Etymology. The epithet is related to the type locality, Caatinga Brazilian biome, where specimens were found.

Diagnosis. Ephydatia  species characterized by birotules as gemmuloscleres with strongly incised rotules and smooth or spined shaft, with secondary spines.

Distribution and ecological notes. The new species is so far recorded from Pernambuco and Alagoas states of Brasil. The region where this species was found is characterized by environments with low rainfall and a semi-arid climate. Specimens were collected on rocky substrate and tree trunks in shallow water. Gemmules were often abundant. Green specimens in symbiosis with algae were found living exposed to sunlight.

Remarks. The cosmopolitan genus Ephydatia  is widely distributed throughout the Northern Hemisphere, but it is also has scattered records from Southern Hemisphere ( Manconi and Pronzato 2007). This supposed wide distribution might be due to the existence of a species-complex suggested for widespread species. From the Neotropical Region there is only one record so far, viz. Ephydatia facunda Weltner, 1895  . This species has a supposed widespread distribution from the Caribbean to southern Brazil.

Ephydatia facunda  from Cuba is characterized by having minute gemmules and gemmuloscleres smaller than those of the Brazilian specimens ( Tab. 1). The main morphological divergence among descriptions of these disjunct populations concerns the remarkable differences of gemmulosclere shape with thin smooth shaft. In fact, notable differences between specimens of E. facunda  and their widespread distribution suggest the existence of a speciescomplex.

Poirrier (1974) experimented with Ephydatia fluviatilis  in different enviromental conditions and proposed that this species had a huge ecomorphic variation related to the prevailing habitat. At that time, he proposed E. robusta  as synonym of Ephydatia fluviatilis  and suggested this species was truly cosmopolitan, drawing attention to the true geographic variation which is usually masked by the high adaptive ecomorphic variation exhibited in its spicules. On the other hand, this recommendation is not being followed, because Poirrier (1982) and van Soest et al. (2015) have considered E. robusta  as valid species. It is possible that some species may have an ecomorphic variation that makes it difficult to take a taxonomic decision. However, we can not generalize this feature for all freshwater sponge species that have alleged widespread distributions. Taxonomic works (revisions) and taxonomists of freshwater sponges are scarce, both of which are necessary to solve this problem. For example, Pinheiro (2007) verified that only three species (6 %) of freshwater sponges recorded from Brazil are not endemic to South America ( Tubella pennsylvanica (Potts, 1882)  , Eunapius fragilis ( Leidy, 1851)  and Heteromeyenia stepanowii (Dybowski, 1884 ))  , but all of these have few and simple spicules and have not been revised. This low number suggests that species identified as allegedly widespread might be directly related to the paucity of morphological distinctness of characters under study. There is still a difficulty in recognizing species complex and it is possible that certain species can lead to misinterpretation of alleged cosmopolitanism. New experimental works are necessary to find any real clear-cut distinction between ecomorphic variation and speciation in such sponges. 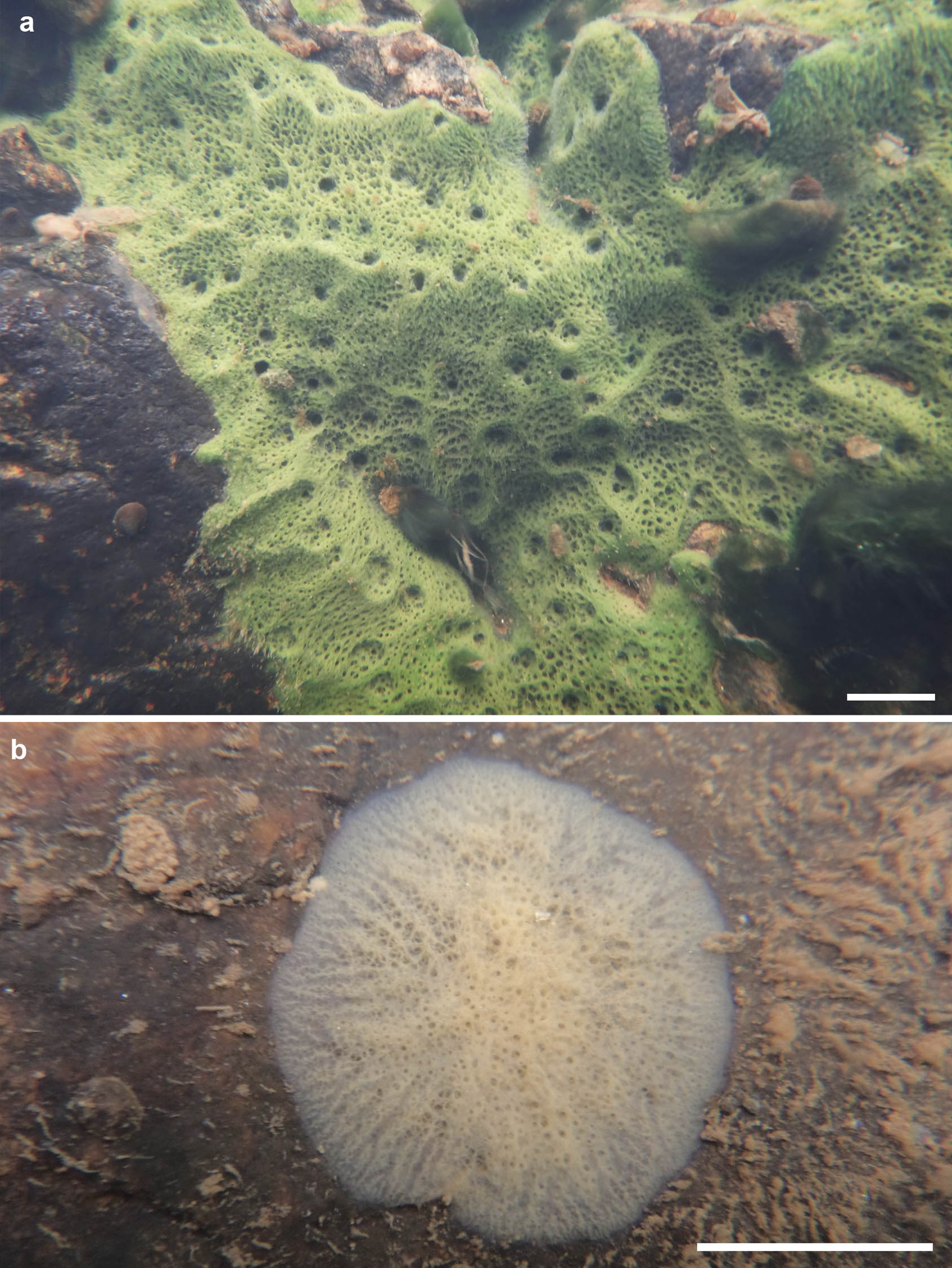