Tita without chaeta M and with B 4 –B 5 not longer than other long chaetae of the Tita ( Fig. 6View FIGURES 6 – 10). Claw untoothed, not striated in its basal part, and devoid of secondary granulation.

Discussion. The new species Ectonura snowdeni  sp. nov. is the first of the genus to be found in the Neotropical region, other described species being known from New Caledonia and South Africa, with a mention from Australia without described species ( Greenslade & Deharveng, 1990). It shares with three other species of the genus (E. koumac Deharveng & Bedos, 2002, E. monochaeta Janion, Bedos & Deharveng, 2011 and E. sylvatica Deharveng, Weiner & Najt, 1997), a reduction on the number of chaetae of the lateral tubercle of abdomen ( Table 3). All four species have one or two chaetae on tubercle L of Abd I –III. However, they differ by several characters listed in Table 3. Axial tubercles Di on Th II –Abd V are developed in E. koumac and E. monochaeta, while they are only present on Abd V in E. snowdeni  sp. nov.; Abd V tubercles are fused in E. koumac and E. snowdeni  sp. nov., separate in E. monochaeta and E. sylvatica; from E. sylvatica, the new species differs mainly by the number of chaetae on Ant I (7 versus 8) and the labrum (rounded versus ogival) The overal combination of characters of E. snowdeni  sp. nov. clearly separates it from its congeners, indicating stronger similarities with New Caledonian than South African species (see Table 3). Its disjunct distribution is however puzzling, and evolutionary convergence with austral Ectonura may not be completely ruled out. 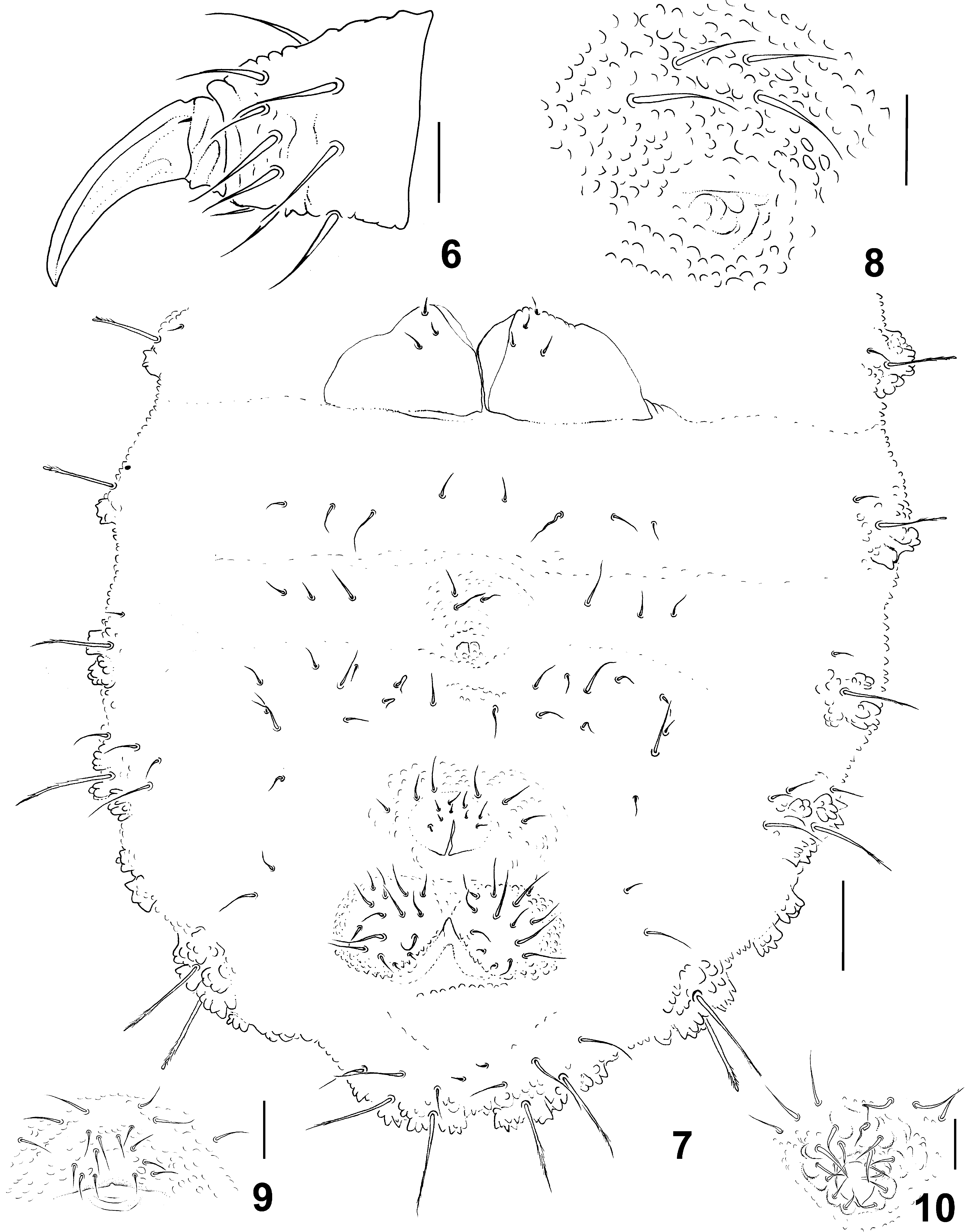