Etymology The specific name is after Dr Taeko Kimura, a marine ecologist, and Mr Sho­ichi Kimura, a malacologist, who kindly helped me in field sampling.

The body is translucent white, about 3 cm long, 0.8 mm wide. The head is more transparent and slightly narrower than the following trunk ( Fig. 20View FIGURE 20); the rhynchodaeum is coneshaped, tapering posteriorly, visible through the body wall in the precerebral region. Active search behaviour, such as that of in Hubrechtella ijimai ( Takakura, 1922)  comb. nov., was not observed in the living specimen, which held the head rigid while moving, rather than waving it side to side. There is a short, transparent tail region that contains neither intestine nor gonads; it is shorter than twice the width of its basal portion, ending bluntly.

The rhynchodaeum is composed of 1) an unciliated epithelium, up to 40 µm thick, containing acidophilic glandular cells, 2) a thin, amorphous neuro­fibrous layer, 3) a thin connective tissue layer, and 4) a delicate outer circular muscle layer. Six nerves from the subepidermal neuro­glandular layer innervate the rhynchodaeum ventrolaterally on each side anterior to the proboscis insertion ( Fig. 22AView FIGURE 22). No rhynchodaeal sphincter was found.

The rhynchocoel does not extend to the posterior end of the body and posteriorly is not developed into a muscular sac. Its wall contains an outer circular and an inner longitudinal muscle layer, separate from one another. There is no rhynchocoel caecum.

The proboscis insertion is located pre­cerebrally. The proboscis is differentiated into three regions. The anteriormost region contains an outer glandular layer, a neural layer, a longitudinal muscle coat, a thin circular muscle layer one­fibre thick, and an endothelium ( Fig. 22BView FIGURE 22). The main component of the epithelium is acidophilic glandular cells, but there are also a few basophilic types. The second, main region is bilaterally symmetrical. A delicate outer circular muscle layer lies between the neural layer and the longitudinal muscle layer ( Fig. 22CView FIGURE 22), but there was no indication of a muscle cross between the inner and outer circular muscle layers. In this region the lumen of the proboscis is T­shaped due to two zones of thickened glandular epithelium. The thickened epithelium basally contains conspicuous spherical acidophilic bodies, up to 10 µm in diameter; on the surface of the epithelium, there are much smaller acidophilic spherules, 2–3 µm in diameter ( Fig. 22CView FIGURE 22). The third region contains small acidophilic spherules on the surface of its epithelium ( Fig. 22DView FIGURE 22); behind it lies the proboscis retractor muscle.

The mouth opens close behind the cerebral sensory organs. The buccal/foregut wall reaches 50–60 µm or more in thickness, and is richly glandular and densely ciliated. It contains about equal numbers of basophilic and acidophilic glandular cells. Posteriorly the wall becomes less ciliated. The intestine contains a few basophils. There are no lateral diverticula.

Paired lateral cephalic lacunae meet anteriorly above the rhynchodaeal opening. Each lacuna is pierced by isolated bundles of dorsoventral muscle fibres ( Fig. 22AView FIGURE 22). The lacunae extend the full length of the head alongside the rhynchodaeum to enter the cerebral ring, where they meet ventrally and give off a small mid­dorsal branch that enters the rhynchocoel ( Fig. 23AView FIGURE 23). The U­shaped lacuna soon divides into two branches just anterior to the mouth. Post­orally, these two lateral lacunae extend alongside the rhynchocoel. At the junction between the foregut and intestine, the lateral lacunae meet ventrally below the alimentary canal to form a spacious U­shaped lacuna ( Fig. 21View FIGURE 21) that extends for about 1.3 mm. Posteriorly, the lacuna is divided into two lateral branches and a mid­ventral branch ( Fig. 23BView FIGURE 23), which taper posteriorly and connect with one other to form a fine lacunar network ( Fig. 23CView FIGURE 23). Eventually, the network fuses to form a pair of lateral vessels lying ventrolateral to the intestine and extending the remaining length of the body ( Fig. 23DView FIGURE 23).

No pseudometameric transverse vessels connecting the lateral and mid­dorsal vessels were found.

The arrangement of the nervous system is almost the same as that of Hubrechtella  iji­ mai ( Takakura, 1922) comb. nov. The lateral nerve cord contains a giant fibre on its medial side. The dorsal and ventral commissures are about 20 µm and 40 µm thick, respectively.

A ciliated epidermal indentation lies dorsolaterally on each side of the body; it is 60 µm long in the dorsoventral axis and 50 µm long in the anteroposterial axis. The indentation contains no glandular cells, but has cilia about 10 µm long. A ciliated canal 20 µm in maximum external diameter leads from each epidermal indentation to enter the anterolateral side of the cerebral sensory organ, then extends inside the organ for about 70% of the length of the organ before ending blindly. Each cerebral sensory organ is elliptical in cross section ( Fig. 23AView FIGURE 23), 68 µm along the minor axis and 85 µm along the major axis, and 140 µm long. Each sensory organ is innervated from the ventral branch of the posterior end of the dorsal ganglion; the core of nerve fibres in the organ is situated medial to the ciliated canal.

Neither eyes nor lateral sensory organs were found.

The single specimen is male. The paired testes are about 130 µm in maximum diameter, arranged in a single row on each side of the body, deeply embedded in the intestinal wall ( Fig. 23DView FIGURE 23). The anteriormost testis lies anterior to the hind end of the rhynchocoel. A sperm duct, leading from each testis, opens above the lateral nerve cord.

I am most grateful to Professor Teruaki Nishikawa for kindly arranging my field trip and offering specimens. Thanks are also due to Dr Taeko Kimura and Mr Sho­ichi Kimura for their support in my field sampling; the staff of the Fisheries Laboratory, Graduate School of Agricultural and Life Sciences, the University of Tokyo, for providing me the laboratory facilities and accommodation during my stay; to Mrs Junko Sato for her assistance in taking the digital photomicrographic images of the slides; to Dr Shin Tochinai for computational assistance; to Mr Andrey V. Grischenko for his help in translating Russian literature; to Dr Frank B. Crandall for bibliographic information; and to Professor Emeritus Ray Gibson and Dr Matthew H. Dick for their comments on an earlier version of the manuscript. This study was partially supported by Grants­in­Aid from the Japan Society for the Promotion of Science (research grant no. 16770059) and Wetlands International Japan.

Chernyshev, A. V. (1995) On the higher taxa of the phylum Nemertea with the taxonomic review of the subclass Anopla. Zoologicheskii Zhurnal, 74, 7–18. [In Russian with English abstract]

Chernyshev, A. V. (2002) A new nemertean, Callinera zhirmunskyi sp. n., from the Pacific coast of Canada and a discussion of the taxonomic status of the family Callineridae. Biologiya Morya, 28, 143–146.

Chernyshev, A. V. (2003) A new species of the genus Hubrechtella (Nemertea, Anopla) from the Sea of Japan and establishment of the family Hubrechtellidae. Biologiya Morya, 29, 368–370. [In Russian with English abstract]

Iwata, F. (1954 b) Some nemerteans from the coasts of the Kii Peninsula. Publications of the Seto Marine Biological Laboratory, 4, 33–42.

FIGURE 20. Hubrechtella kimuraorum drawing based on a photograph taken in life to show the general shape of the body. 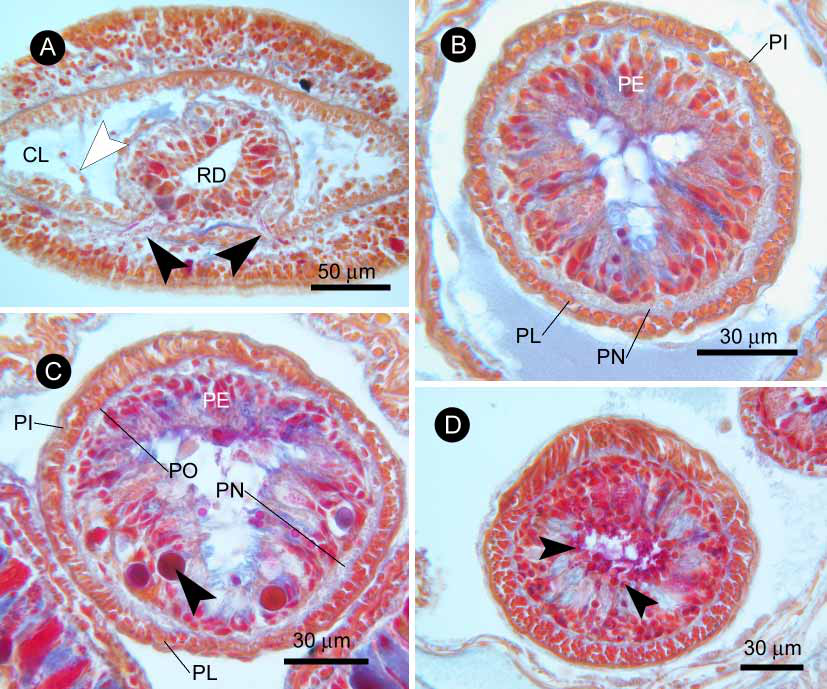 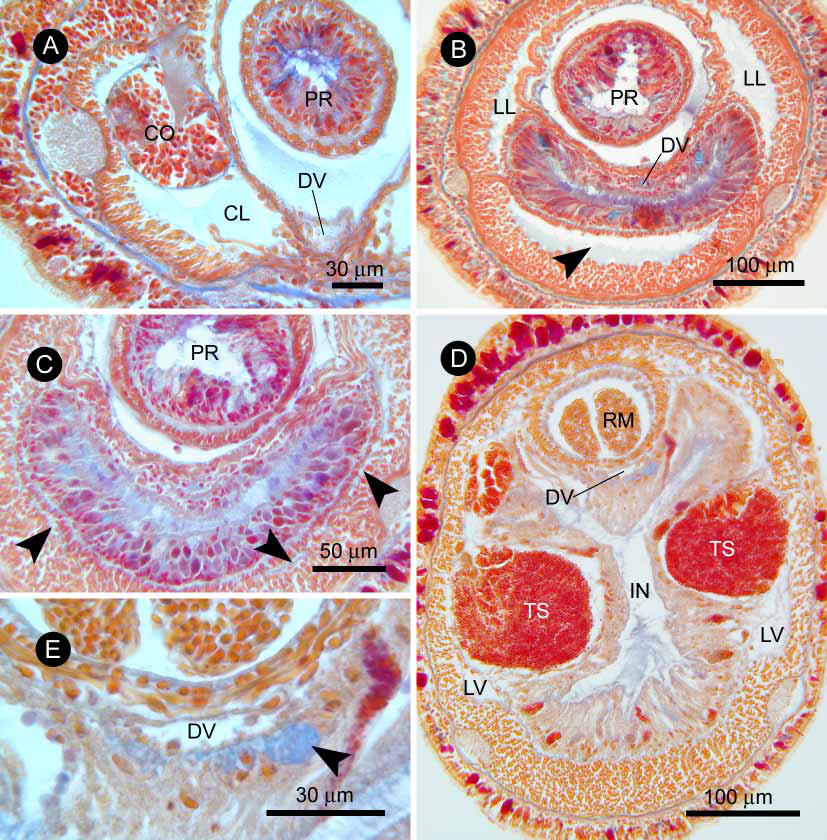 FIGURE 20. Hubrechtella kimuraorum drawing based on a photograph taken in life to show the general shape of the body.