Bionomics. Two third-instar larvae (L3) were collected on the same decaying trunk of a coconut palm ( Cocos nucifera  L.), and one of those larvae completed its development in the laboratory. The mydid larva was fed Elateridae  and Scarabaeidae  larvae ( Fig. 5View FIGURE 5) and also earthworms. The larva pupated after about 30 days, with the pupal stage lasting 19 days. The pupa underwent color change in the pre-emergence period, from light yellow to brown. On the nineteenth day, the pupa became immobile and rigid, non-responsive to mechanical stimulation, with ventral portion upward, and the female imago emerged (Video: https://www.youtube.com/watch?v=j18XUCOkMSQ). The adult remained motionless for about thirty minutes, and grew darker, eliminating the meconium and stretching its wings to make its first flight. The adult fly was then preserved and added to the INPA collection.

Remarks. The species C. nitidulus  has a confusing history, and its holotype has been considered lost for decades ( Wilcox et al. 1989; Papavero 2009; Papavero & Artigas 1990; Papavero et al. 2002). Lichtenstein was the first to study a specimen of this species at the Holthuysen collection; however, in the Holthuysen collection catalog ( Lichtenstein 1796) edited in Hamburg, he referred to this species as Midas nitidus  (nom. nud.). This species was only formally described by Olivier (1811), who did not designate type specimens. It is possible that he described the species based on the same specimen studied by Lichtenstein, since Olivier named the species almost with the same name: Mydas nitidula  (instead of M. nitudus  ). The short original description by Olivier is translated below:

“The antennae are black. The head and the thorax are black, and covered, in some places, with red hair. The abdomen is black, with a golden-green spot on each side of the second, third, fourth, and fifth segments; a few red hairs are seen on the first. The wings are transparent, with a slight brown tint on the outer edge. The legs are black, the hind legs are little enlarged, and have short spines on their inner surface. It is found in South America” ( Olivier 1811: 83).

Decades later, Wiedemann (1830) redescribed the species based on the specimen studied by Lichtenstein, an “Exemplum vetustissimum” from Suriname. He cites the name given by Olivier with two corrections: the spelling of the genus name ( Midas  for Mydas  ) and the gender concordance of the specific epithet ( nitidula  for nitidulus  ). The description by Wiedemann fits the specimen formerly studied by Lichtenstein in all details mentioned in the description, even the abdominal color, and absence of the abdominal sternites (J. Pohl, pers. comm.). This specimen is now deposited in the Museum für Naturkunde, Berlin, Germany, and the labels are as follows (no type label present) (J. Pohl, pers. comm.):

Although there is a good possibility that this specimen is indeed the holotype of C. nitidulus  , the status of the specimen remains unclear because there are no labels indicating that it was actually examined by Olivier (there are only labels by Lichtenstein and Wiedemann). We believe that this fact, more than the lack of type labels, prevents us from determining the type status of the specimen until new evidence emerges. 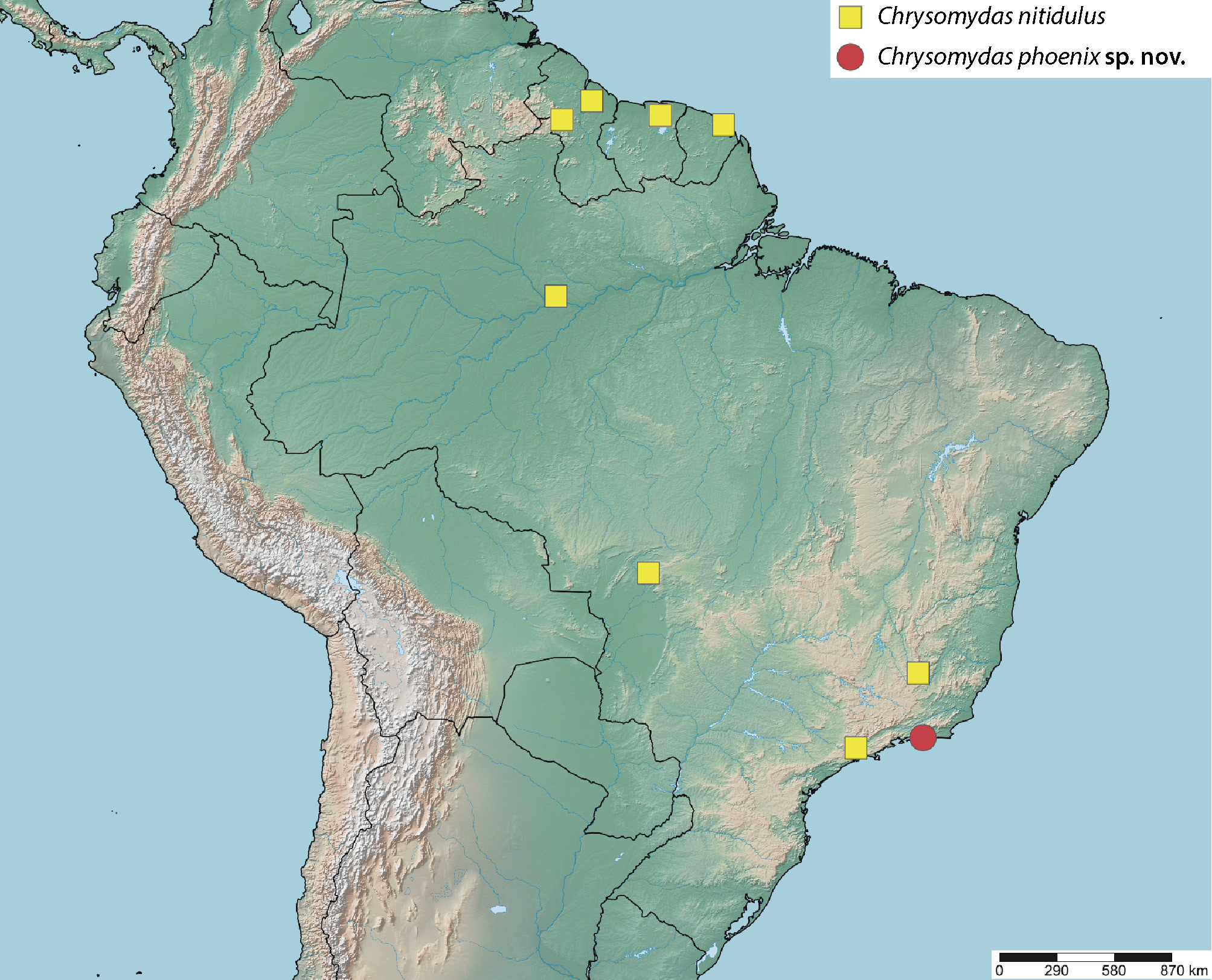 FIGURE 5. Distribution map for species of Chrysomydas in South America.