Male ( Figs. 1–4 View FIGURES 1 – 4 ). Forewing length 10.5–10.8 mm, hindwing length 8.8–9.2 mm. The posterior margin of tergum 7 with a subtriangular median process; the process broad at base, sclerotized and apically with paired, small, lateral spines. Tergum 8 with an upraised, rounded process bearing small sensilla basiconica patch medially; the process with a dark sclerite at posterior margin ( Fig. 2 View FIGURES 1 – 4 ). Tergum 9 with mesal and lateral sensilla basiconica patches on three humped areas. Hemitergal processes of tergum 10 straight, pointing to the subtriangular process on tergum 7 ( Fig. 2 View FIGURES 1 – 4 ). Aedeagal tube weakly sclerotized, basoventrally with a membranous area near the basal rectangular sclerite. Aedeagal sac curved and gradually tapering to near tip, forming a U-shape in lateral aspect; apical half of ventral sac with two parallel rows of spines; dorsal sac with a continuous patch of spinules from base to near midlength, then constricted to one row of spines ( Figs. 3–4 View FIGURES 1 – 4 ).

Etymology. The species epithet refers to the small body size of the male.

Diagnosis. The aedeagal sac of this species curved and gradually tapering, forming a U-shape in lateral aspect. The sac has two parallel rows of spines on ventroapical half, and dorsally has a continuous patch of spinules from base to near midlength before narrowing to one row of spines.

Remarks. The new species was originally studied by the second author in 1999 (unpublished data). A female was associated with the type material listed above. However, the female specimen has been apparently lost and the above description is taken from unpublished notes of the second author. The aedeagal tube and sac of the new species is similar to that of N. hubeiensis Li & Wang, 2012   , N. cavalerieri Navás, 1922   and N. leptacantha Stark & Sivec, 2008   (see figs. 5, 13– 14 in Li et al. 2012 and fig. 9 in Stark & Sivec 2008). Neoperla minuta   can be distinguished from members of the N. cavalerieri   complex the by aedeagal sac forming a U-shape with distinct arrangement of spines, length of aedeagal tube and sac, details of processes on terga 7–8, and by the distinct head pattern. 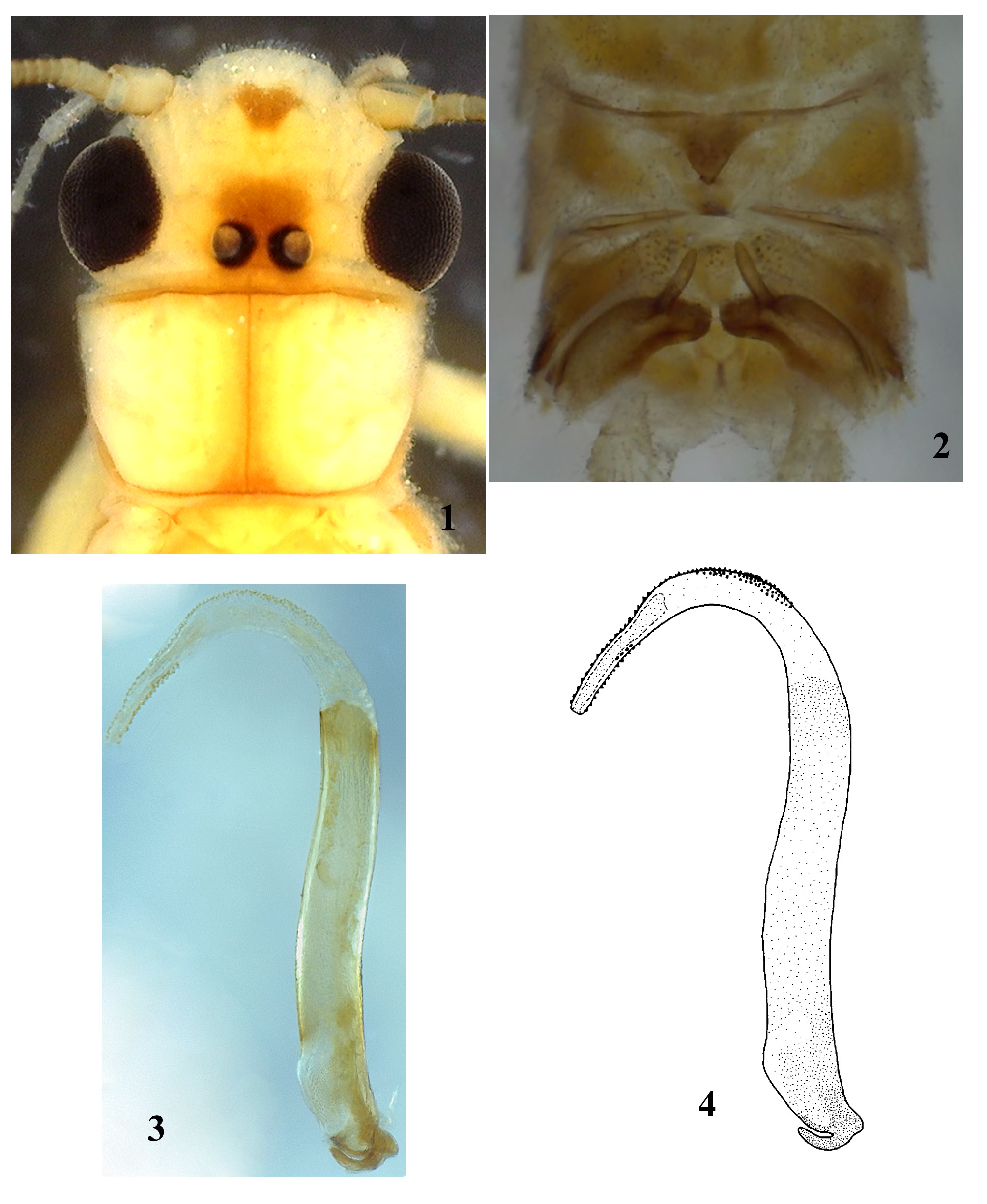