Diagnosis. This species is among the Blepharoneura species with the apical part of the wing obliquely banded, without marginal hyaline marks in cell r2+3. It differs from the other obliquely banded species by the following combination of characters: vertex with brown spot or band surrounding medial vertical seta; scutum with pair of submedial brown vittae, uninterrupted at transverse suture; anepisternum without brown markings; pterostigma without subapical hyaline spot; cell m with 2 hyaline marks extended into cell r4+5 and connected to form inverted V-shaped mark; abdominal tergites with pair of solid dark brown vittae without yellow spots and with even medial margins, not extending to lateral margins of tergites, which are yellow. The aculeus of B. bivittata resembles those of B. brevivittata and fernandezi in having a very broad, deep medial concavity, but the part of the tip exclusive of the lateral lobes is narrower and more elongate.

Abdomen: Mostly yellow. Tergites with pair of dark brown vittae, narrow in holotype but broad in males, mark on syntergite 1+2 sometimes isolated as spot or (holotype) absent, not extending to lateral margins of tergites and separated medially by broad, tapering, straight margined yellow area; brown vittae solid, without yellow spots within them; lateral margins of tergites without brown markings.

Etymology. The name of this species is an adjective referring to the single pair of scutal vittae.

Remarks. The female holotype differs from the male paratypes by its lack of brown marks on the scutellum and the posterior margin of the scutum. The holotype and the Turrialba male have a more distinct and transverse medial brown spot in cell c. Rearing and study of additional specimens would be useful to test our hypothesis that these specimens are conspecific. 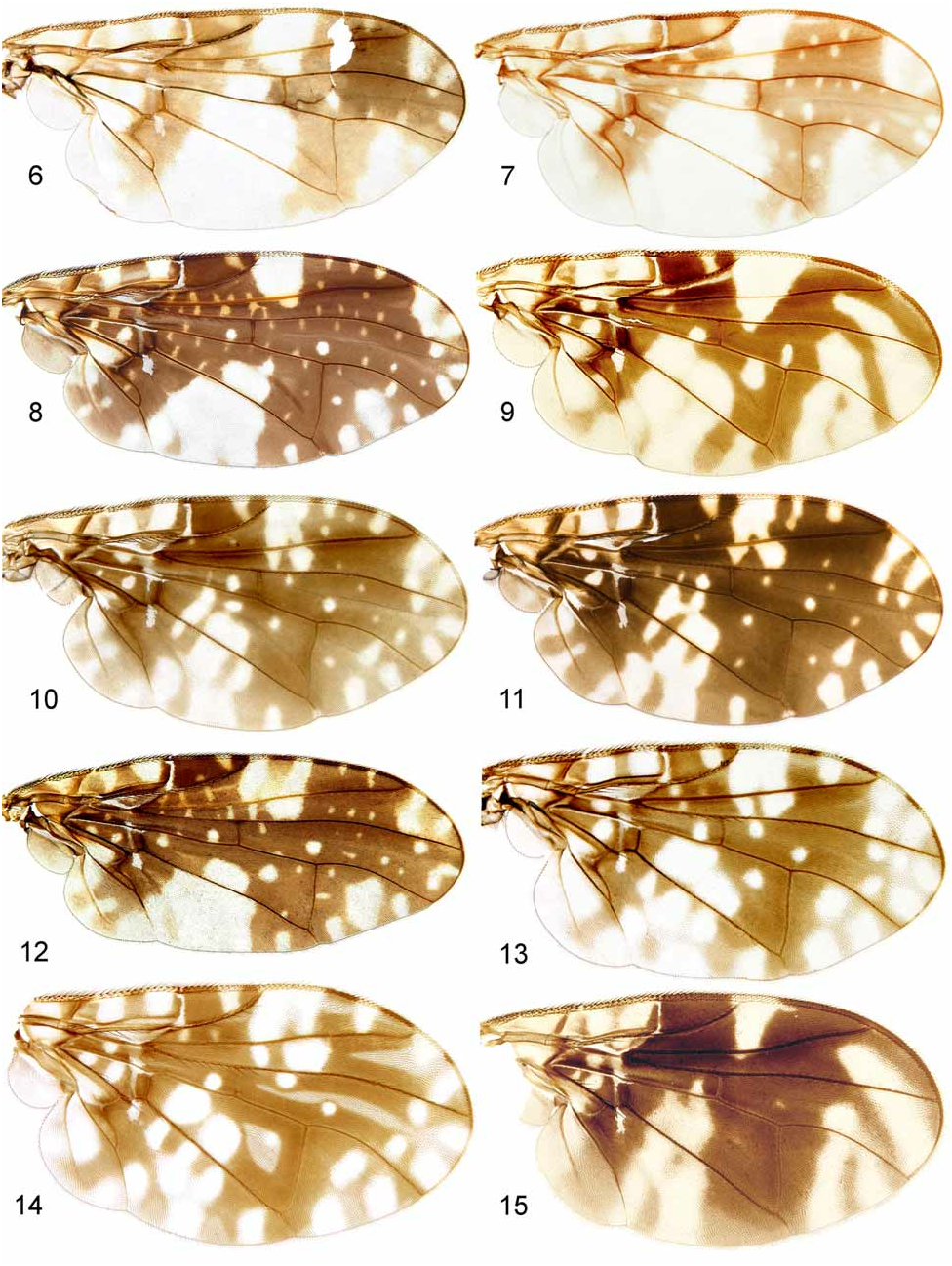 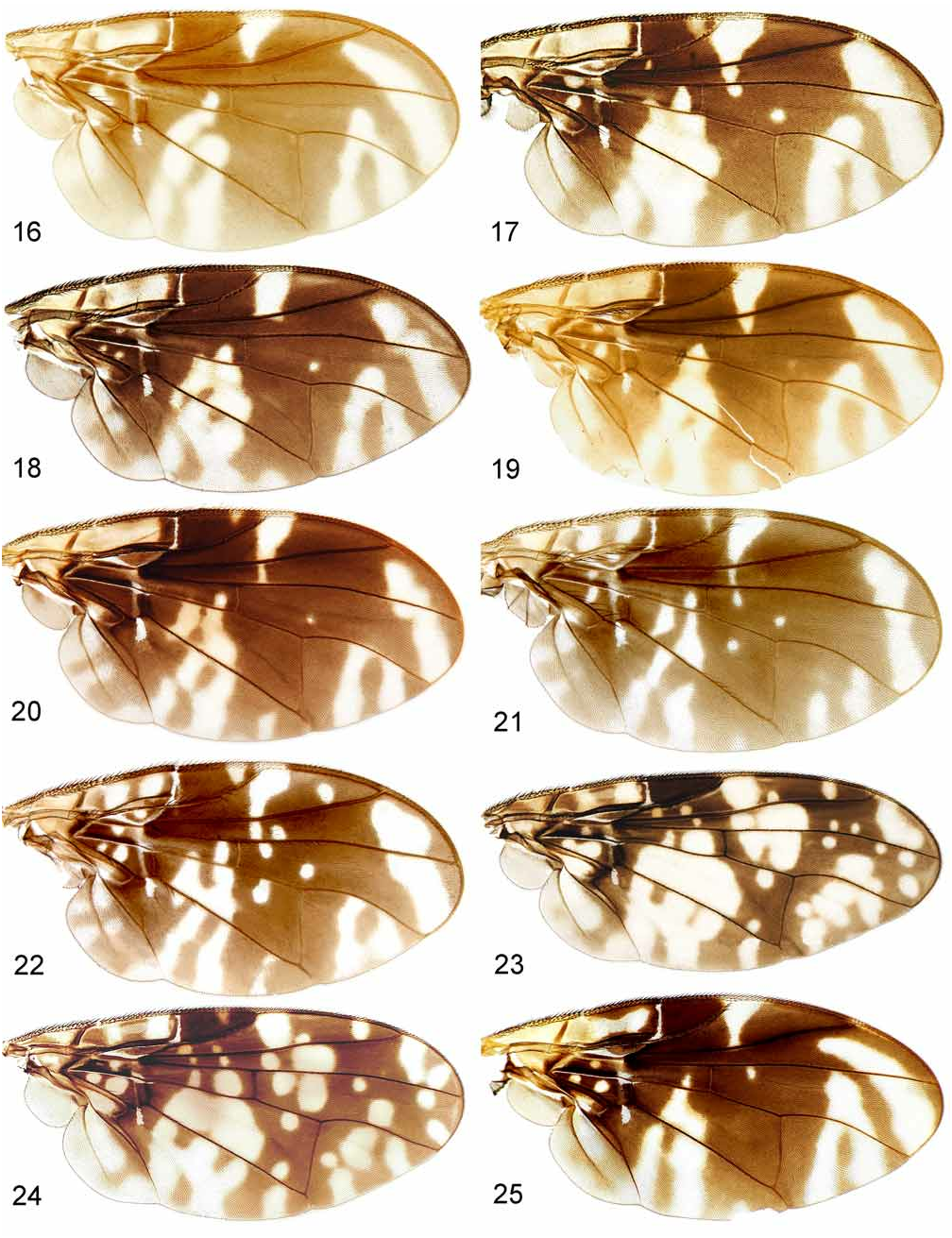 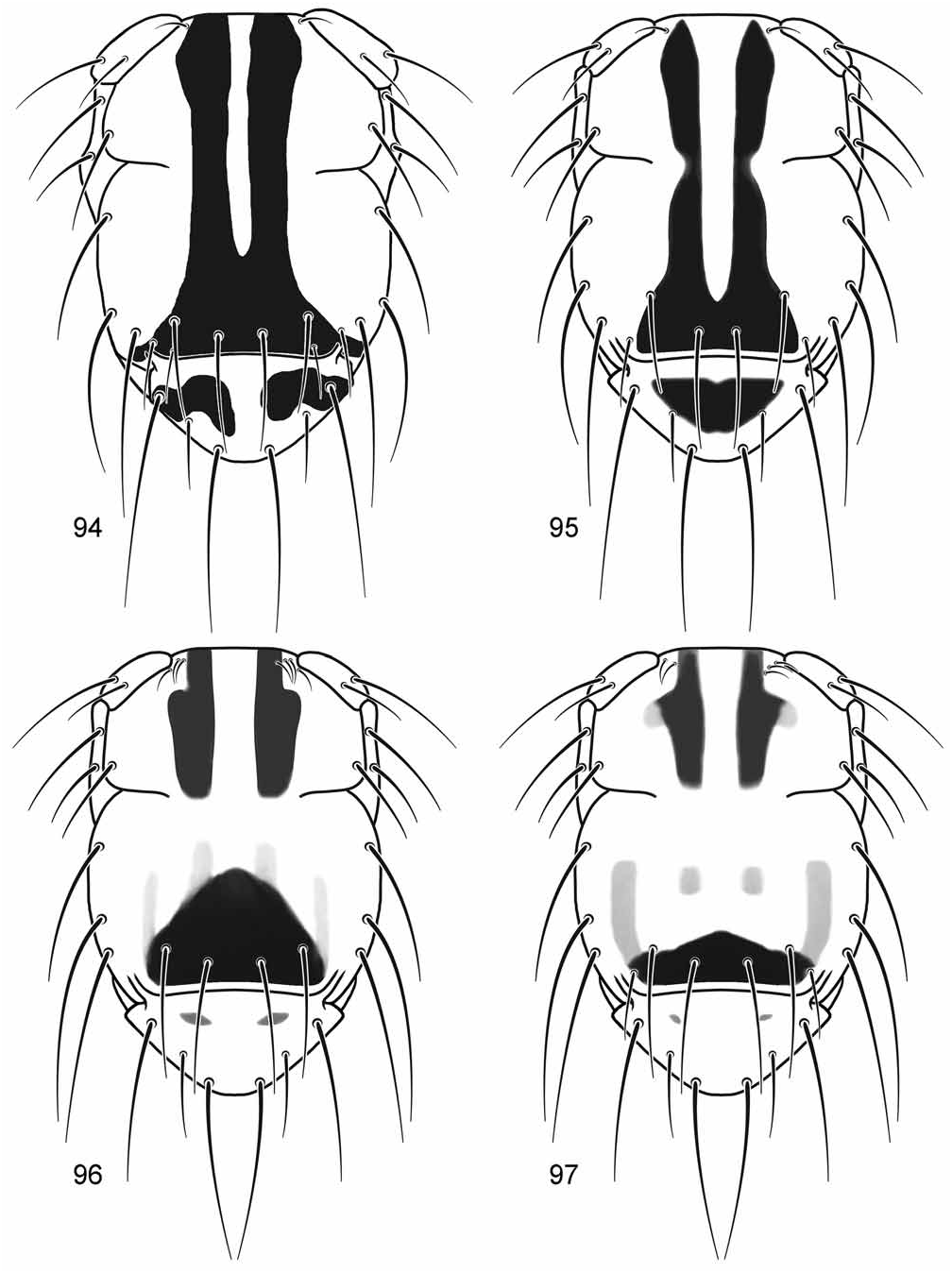 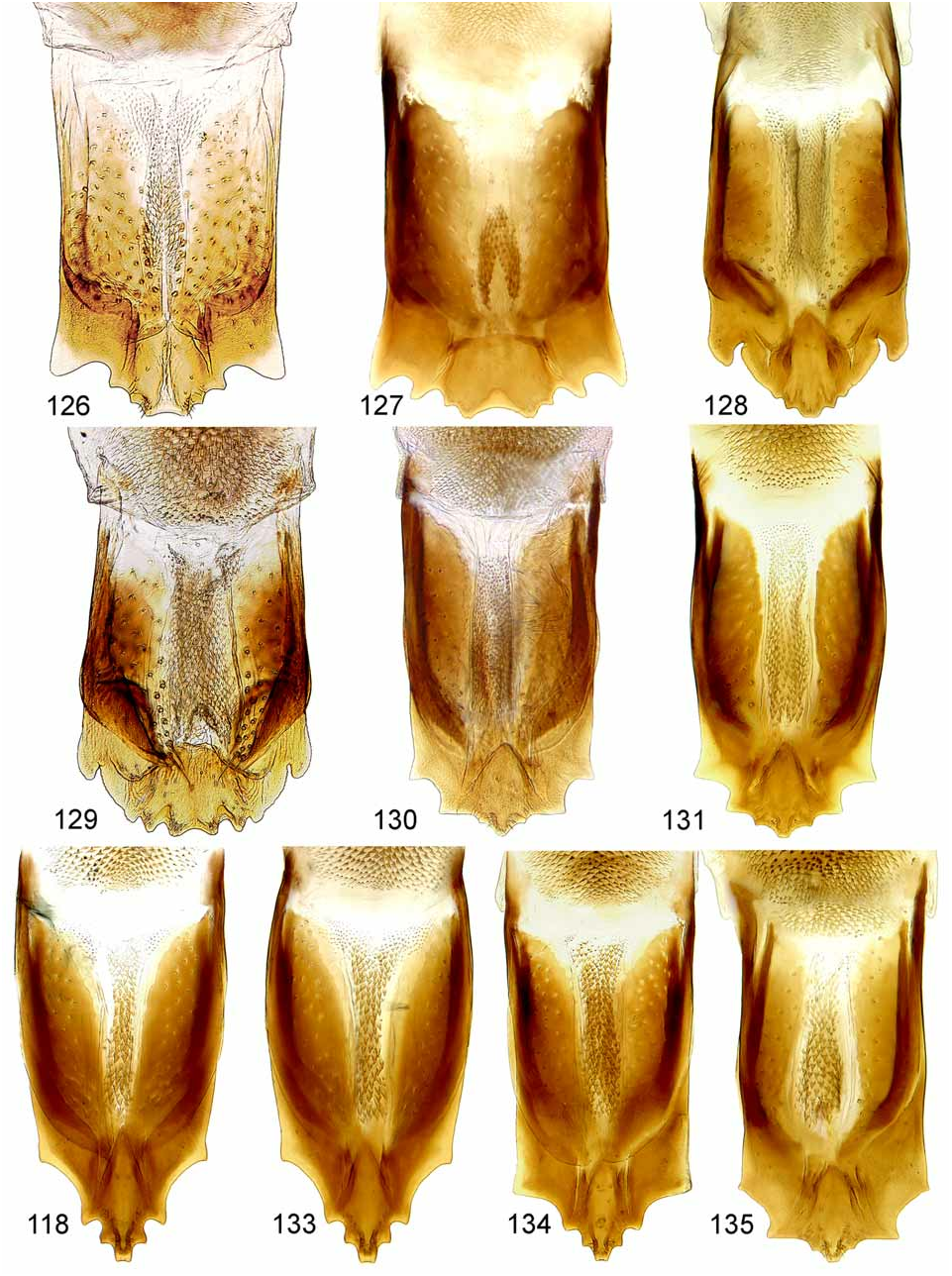