Remark.— The occurrence of the species in Québec was suspected by Hutchinson & Bélanger (1994), but was not included in Paquin & Dupérré (2003). Levi (1981) lists ’trail near marsh’ as a potential habitat for the species, which is more or less corroborated by the present record. 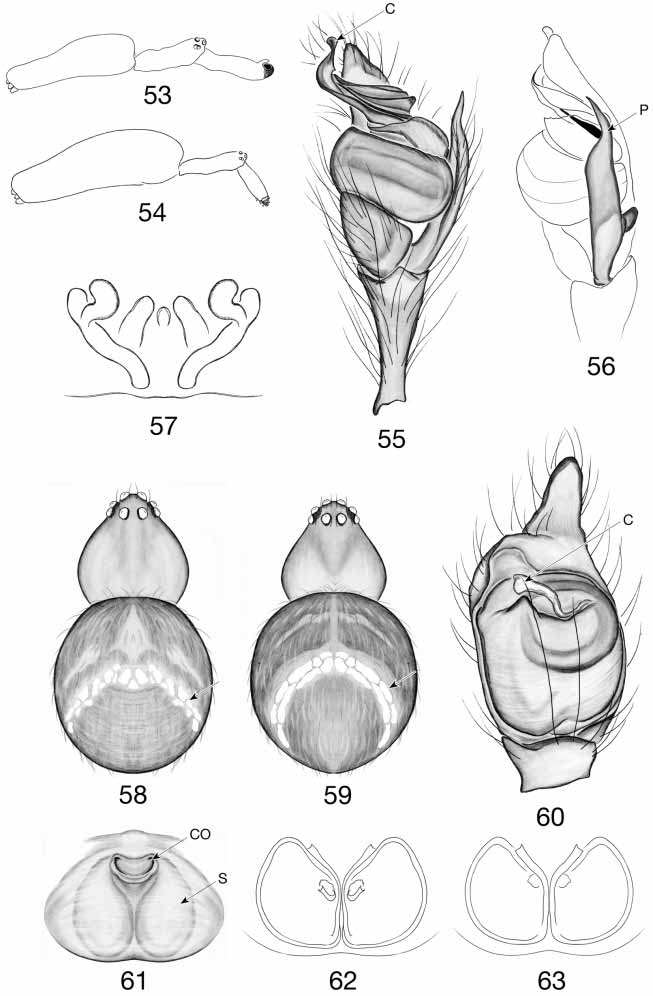