Paratype: MNRJ 8567, same collection data of the holotype (1 colony with broken base).

Variability of paratype: A striking feature of the paratype is the extremely short (3 mm) second-order branch. Another difference is the number of remaining polyps in each colony, which is due to damage caused by collection method. There is little variation between the sclerites of the holotype and those of paratype.

Remarks: Although incomplete (lacking holdfast) ( Fig. 2 View FIGURE 2 A,D), it seems to us that the specimens had its main stems broken near the basis, as typically occurs in chrysogorgiids attached to hard substrates that were collected by trawling ( Fig. 1 View FIGURE 1 C,E,F,G). Therefore, here we describe the species with a dichotomous branching pattern; nevertheless this interpretation would change if new specimens show a different pattern.

According to the species groupings within the genus Chrysogorgia proposed by Wright & Studer (1889) and Versluys (1902)—see Cairns (2001: 755) — Chrysogorgia upsilonia could not fit within the group B (squamosae aberrantes), because species of this group possess rods and /or spindles in tentacles but not in the body wall; neither in group C (squamosae typicae), since it includes species that do not have rods or spindles, just scales. The group A (spiculosae) comprises species with rods and/or spindles in body wall and tentacles, which also does not fit C. upsilonia , which has spindles in the body wall and scales in tentacles. However, group A (spiculosae) contains the only one known species with a dichotomous branching pattern: C. pellucida Kükenthal, 1908 , with distribution restricted to Japan. This has polyps up to 2.5 mm long, in contrast with the polyps to 4.0 mm in C. upsilonia sp. nov. A second difference is the shape and size of the polyp spindles, which are flat and up to 0.12 mm long in C. pellucida while being tuberculate and up to 0.67 mm in new species. Ultimately, the creation of a Group D (spiculosae aberrantes) seems to be the most reasonable way to group this unique species and prevent possible new conflicts in the systematics of Chrysogorgia .

Etymology: From the Greek ύψιλον (ýpsilon, “upsilon”), letter of the Greek alphabet (corresponding to the Latin letter “ Y ”). In relation to the manner in which the main stem bifurcates in this species. Gender female. Distribution: Known only from type locality, Off Rio de Janeiro, 1300 m. 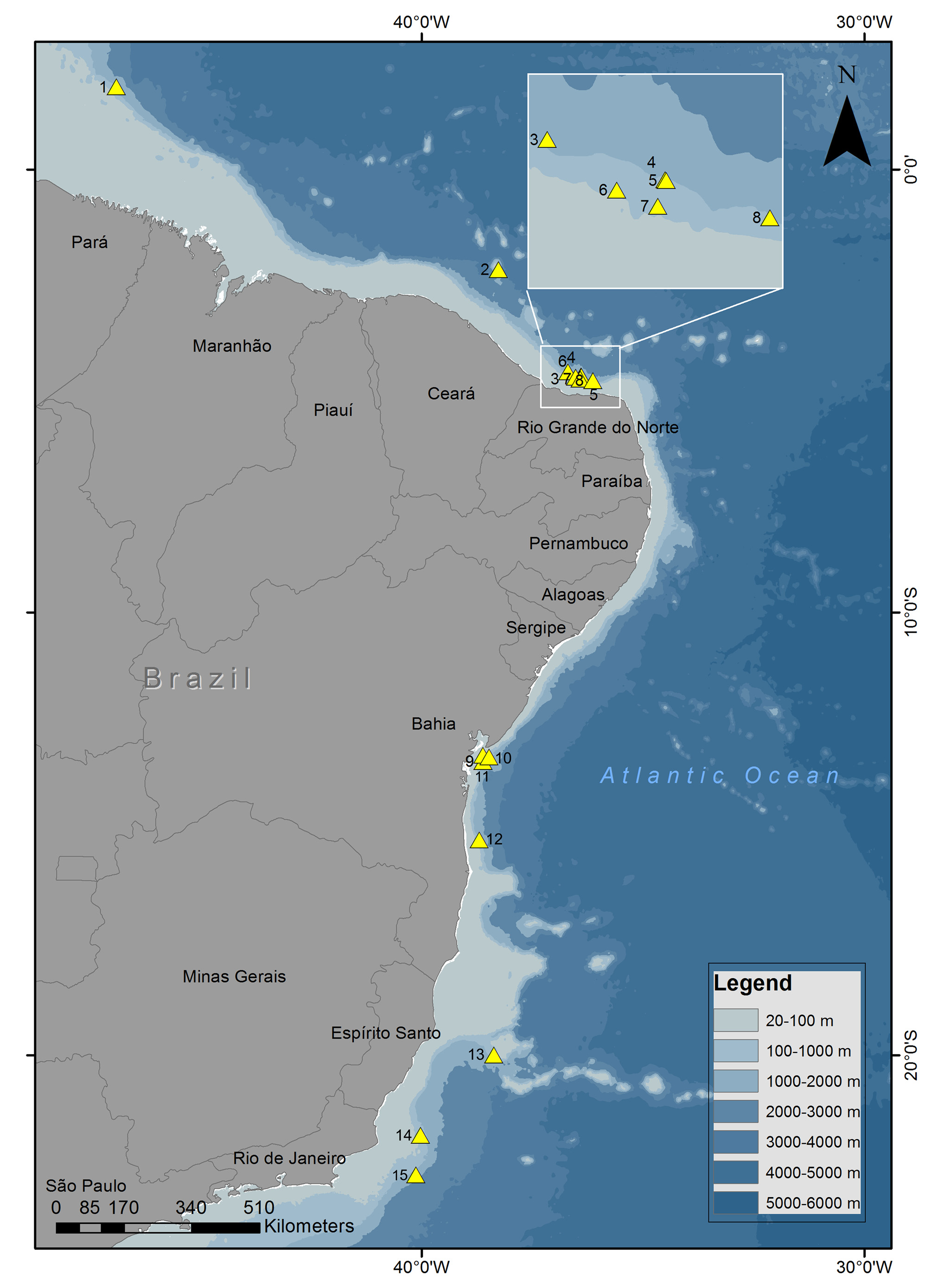 FIGURE 1. Map of collection stations of Chrysogorgiidae in Brazil. 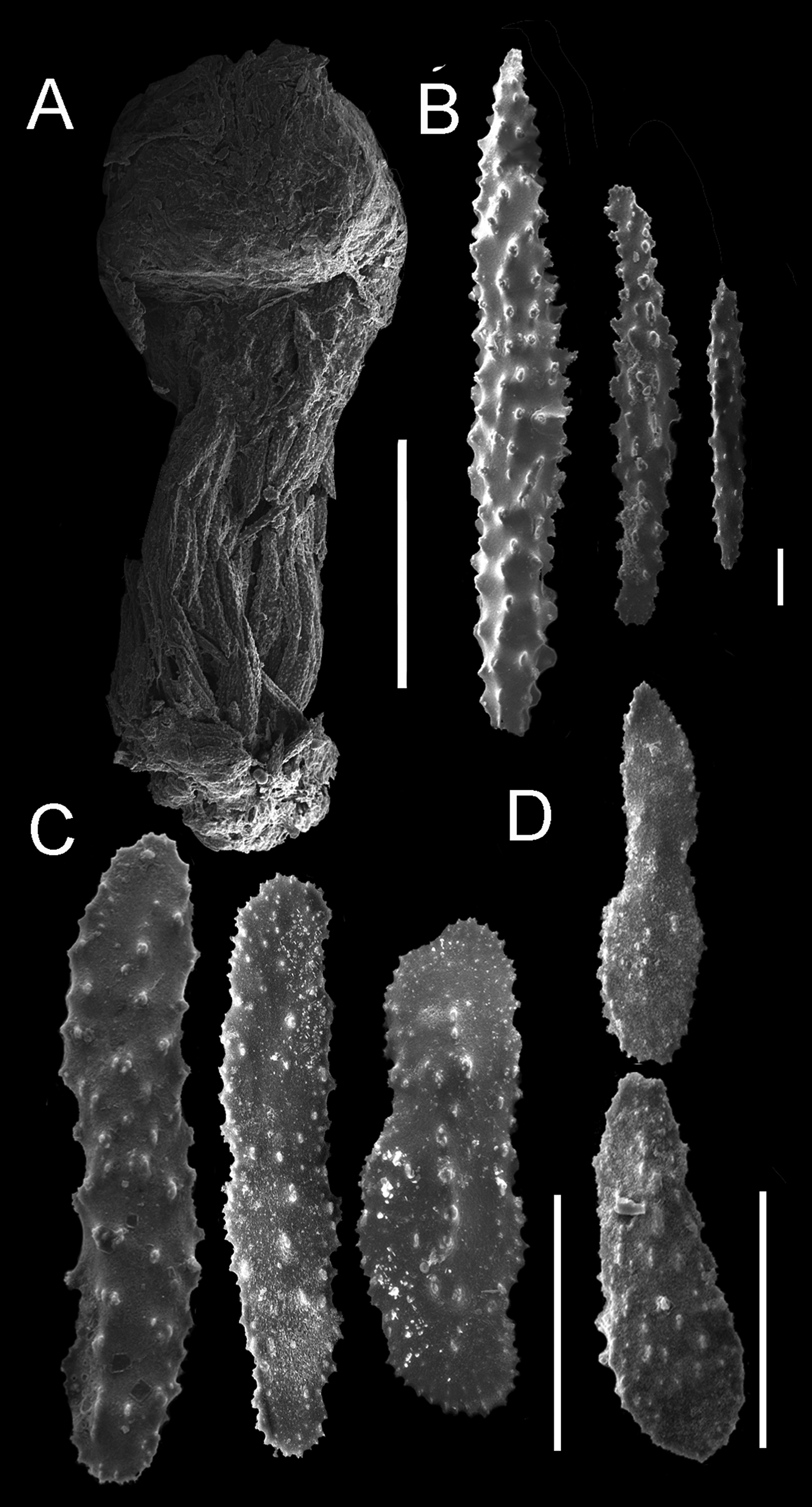