Pygidium missing on all specimens.

Prionospio (Minuspio) multibranchiata  was previously reported elsewhere in the world oceans [i.e., from Japan ( Imajima 1990) to the Mediterranean ( Mackie 1984)]. The present study showed that P. (M.) multibranchiata  probably does not occur in the Mediterranean Sea. Therefore, the reports of this species far from the type locality might belong to different species. The Canadian specimens that we examined in the present study did not match the description by Imajima (1990): for example, the Canadian specimens have hooks with three pairs of small teeth above main fang, whereas the Japanese specimens have hooks with four pairs of small teeth above main fang. The other important difference is the first appearance of the notopodial hooks (on chaetiger 44 in the Canadian specimens vs. on chaetigers 28–30 in the Japanese specimens).

Distribution. It seems that P. (M.) multibranchiata  is a complex of species and reports from different localities should be re –examined. Its actual distribution seems to be restricted to the Pacific coasts of Canada and USA, and the Atlantic coasts of USA and Mexico. 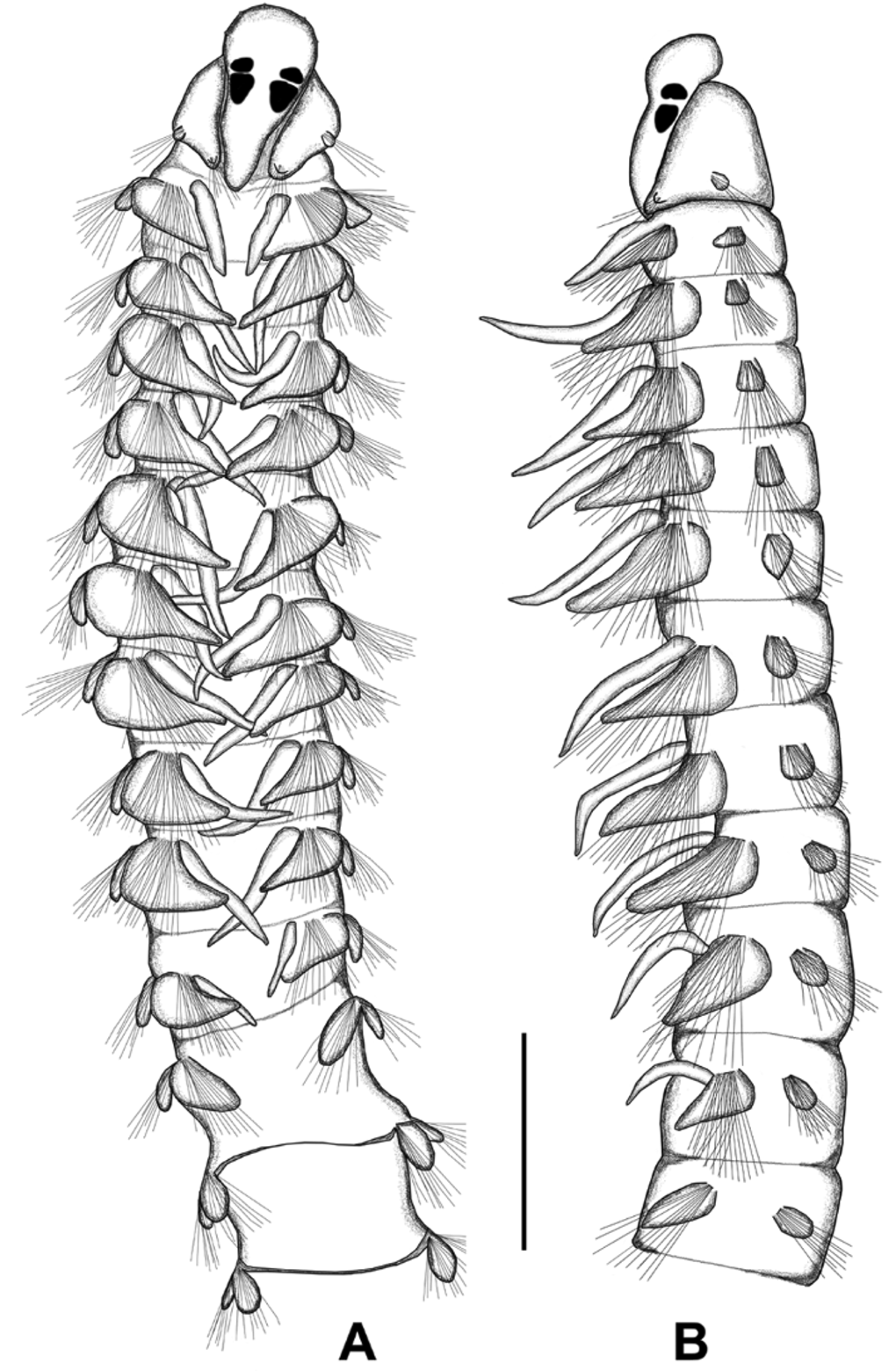