Diagnosis. Fulcrifera crotalariae  is superficially most similar to F. aphrospila  (see Razowski and Krüger 2007: fig 128) and F. halmyris  (see Razowski and Krüger 2007: fig 130), with the forewing markings somewhat longitudinally streaked, and with an ill-defined, oblique, whitish area extending from near mid-dorsum to about the distal end of the discal cell. Fulcrifera crotalariae  can be distinguished superficially by the absence of the slender, dark brown dash from the forewing costa ca. 0.65 the distance from the base to the apex that is conspicuous in the holotypes of both F. aphrospila  and F. halmyris  . The male genitalia of F. crotalariae  are most similar to those of F. aphrospila  , but they can be distinguished by a straighter valva (more upcurved or bent near the middle in aphrospila  ), a broader base of the patch of elongate setae from the distal end of the socius (the setae originating from a concentrated circular area at the distal end of the socius in aphrospila  ), and a longer, distally curved phallus (shorter and nearly straight distally in aphrospila  ).

Remarks. The specimens excluded from the type series are undoubtedly conspecific with the holotype, but they are in very poor condition. 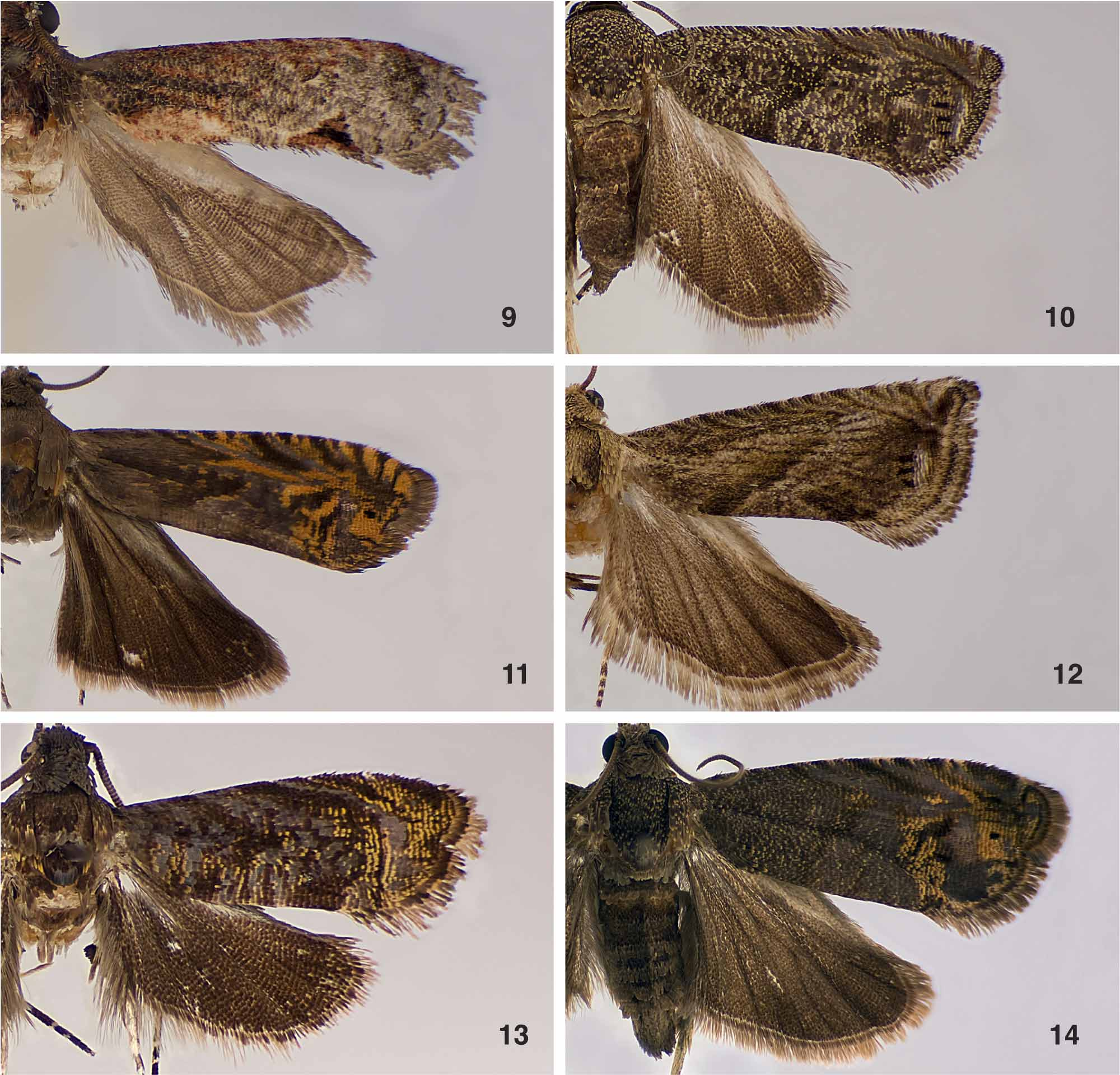