Vagalinski, Boyan & Golovatch, Sergei I., 2016, Two new species of Anamastigona from Cyprus and an updated key to species of the genus (Diplopoda: Chordeumatida: Anthroleucosomatidae), European Journal of Taxonomy 227, pp. 1-19 : 7-11

Resembles its most similar congeners – A. terraesanctae and A. cypria sp. nov. – by the anterior gonopods possessing well-developed colpocoxites, and an elaborate median lamella, which is more or less densely covered with long, setiform filaments; and by the posterior gonopods consisting of large, relatively stout angiocoxites, bearing several setae and rather prominent telopodital rudiments, and of fine, membranous colpocoxites. Differs from them mostly by the lateral arms of the anterior gonopods being blunt and barely bent caudad, rather than tapering and strongly bent caudad. Further morphological differences between the 3 species are summarized in Table 1.

This species is named in memory of Karl Strasser (1903–1981), a prominent myriapodologist who, among other things, described several species of Anamastigona .

The position of the posterior gonopod colpocoxites in this species is unusual – they are almost completely oriented one behind the other, rather than next to each other, i.e., more perpendicular than parallel to the sternal axis. However, in the presence of only one examined male, this peculiarity may represent nothing more than individual variation. 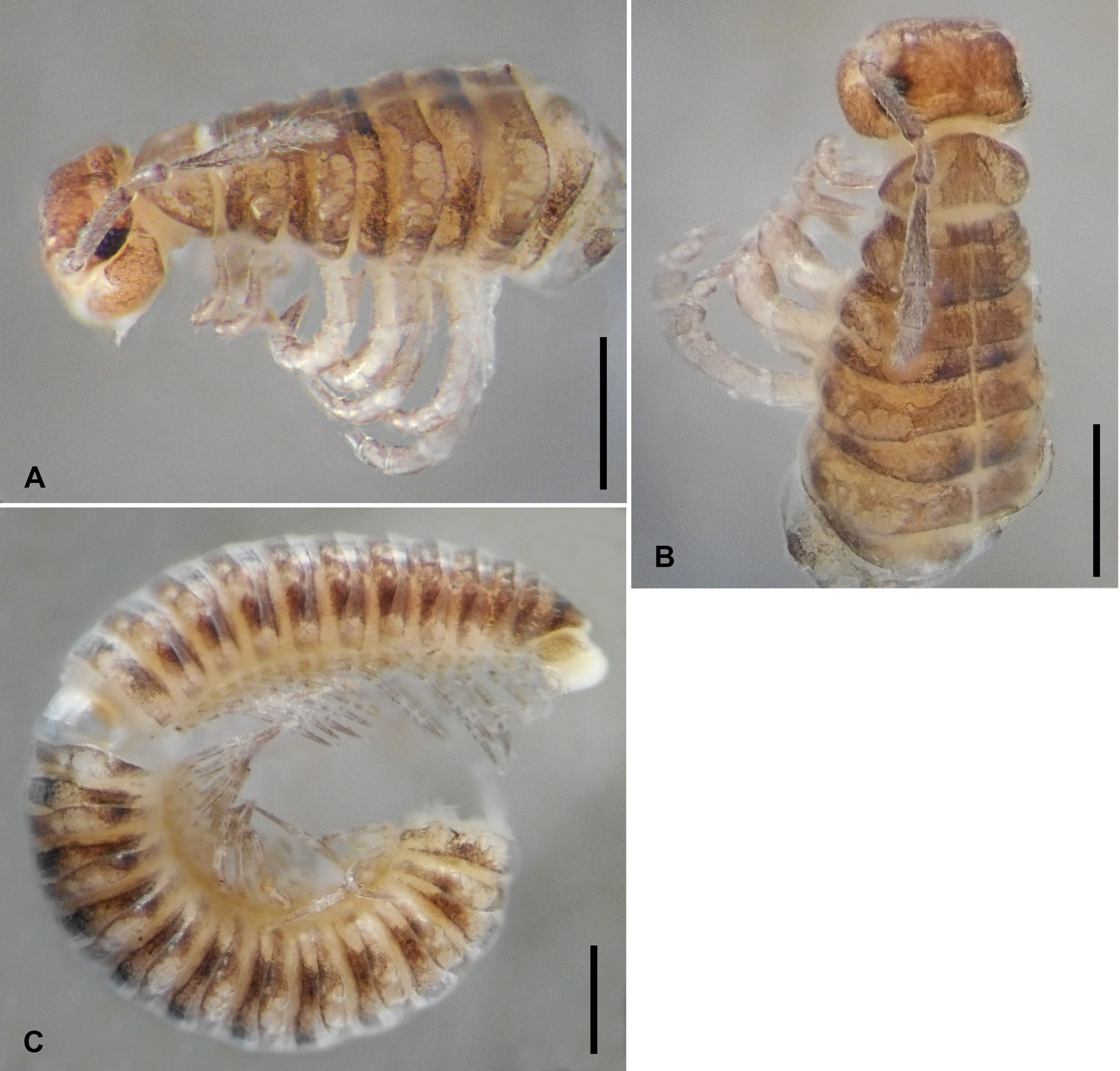 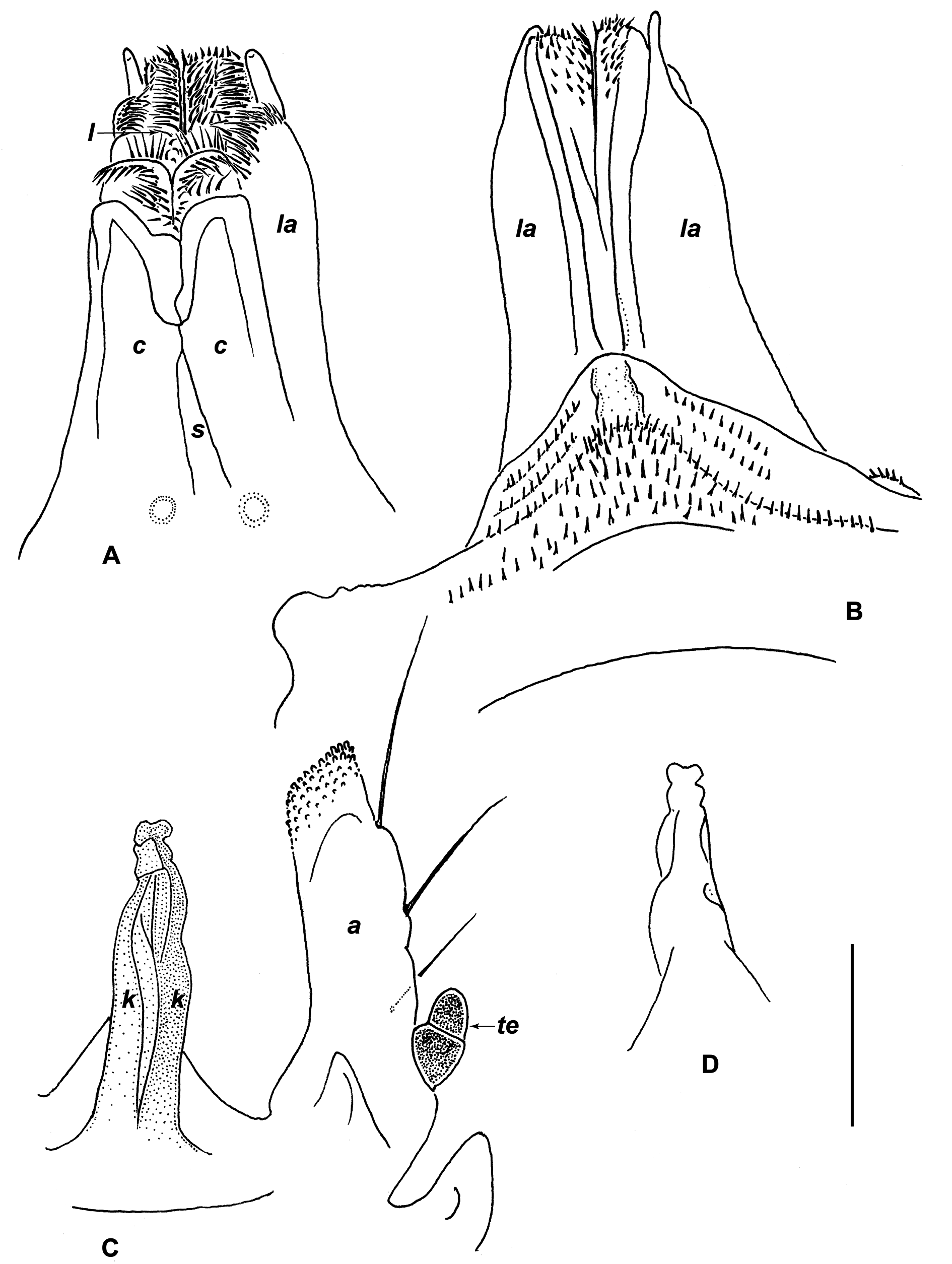