The name is that of the Tamara River, one of those where the species was collected.

MADAGASCAR: 2 ♂♂, one mounted on 6 slides, one in alcohol, same data as holotype.

Geographic and ecological information on the lehibemavo group are summarized on figures 15 to 18. With one exception discussed thereafter ( C. fenoevo sp. nov.), the species live in small streams of the oriental rainforests, where they have narrow latitudinal distributions. From the north to the south of the Island, appears a sequence of species or small groups of species:

Such an eco-geographic pattern was already observed, described and discussed for the Rossinae and for the Philopotaminae ( Gibon & Elouard 1996; Gibon 2013, 2014). Compared to the genera Rossodes Oezdikmen & Darilmaz, 2008 , Wormaldia McLachlan, 1865 and Ranarijaodes Gibon, 2014 , the lehibemavo group offers a less extreme situation. One species, C. tamara sp. nov., was captured in two adjacent areas (Andringitra and Ranomafana). Moreover, where it can be observed, the altitudinal distributions of the species are wider. In the Marojejy National Park, C. cebegepi sp. nov. was collected from 400 to 700 m a.s.l., C. jejyorum sp. nov. from 400 to 1200 m a.s.l. and C. lehibemavo sp. nov. from 400 to 1600 m a.s.l. In the same area, the six species of Wormaldia were strictly restricted to one altitudinal zone ( Gibon 2014, table 1). C. fotobohitra sp. nov. was collected outside the large area of pristine forest, but on a small stream coming from a forest remnant and is possibly a relic species.

Finally, one species is widely distributed, C. fenoevo sp. nov. was collected from the Marojejy in the north to Andohahela in the South, from 70 to 1700 m a.s.l. It was also recorded from the western slope, on headwaters of the Mangoky, Betsiboka and Tsiribihina Rivers. This geographical exception coincides with a different ecological profile. Present on small tributaries, C. fenoevo sp. nov. colonizes also broader rivers, further away from the sources, without, however, being a true potamic species (it has never been captured on true large rivers). Another characteristic of this species, compared with other members of the group, is the vegetation of its capture sites. Precisely, the vegetal landscape of the streams (the terrestrial biome sensu Ross 1963) and not the riparian vegetation. Chimarra fenoevo sp. nov. is the only species of the group that is not associated with the evergreen rainforest. On the eastern slope, it was mainly encountered in the forest transition or in secondary forests; in the Central Highlands, in vestigial or relict gallery forests, above rice field areas. 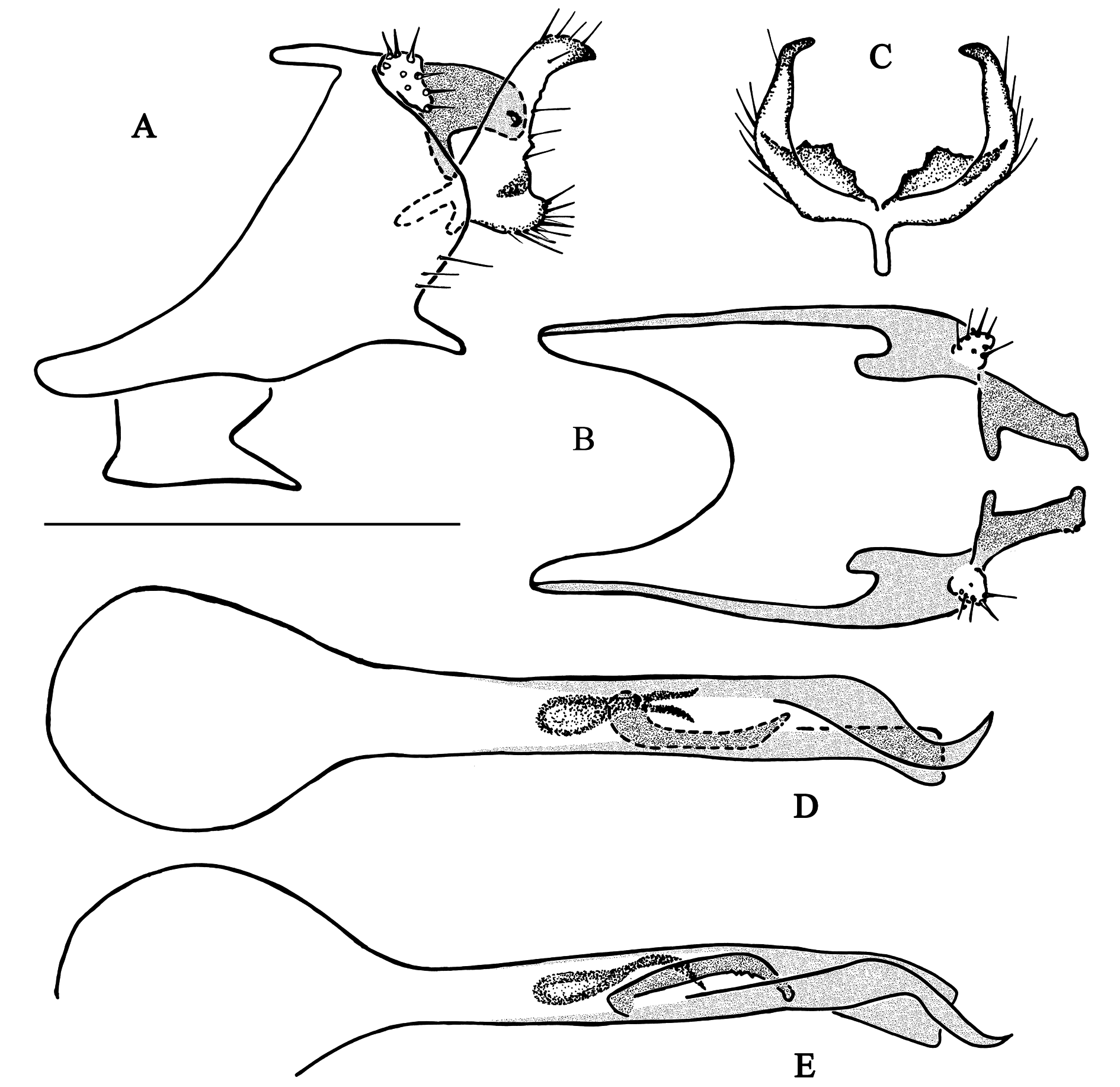 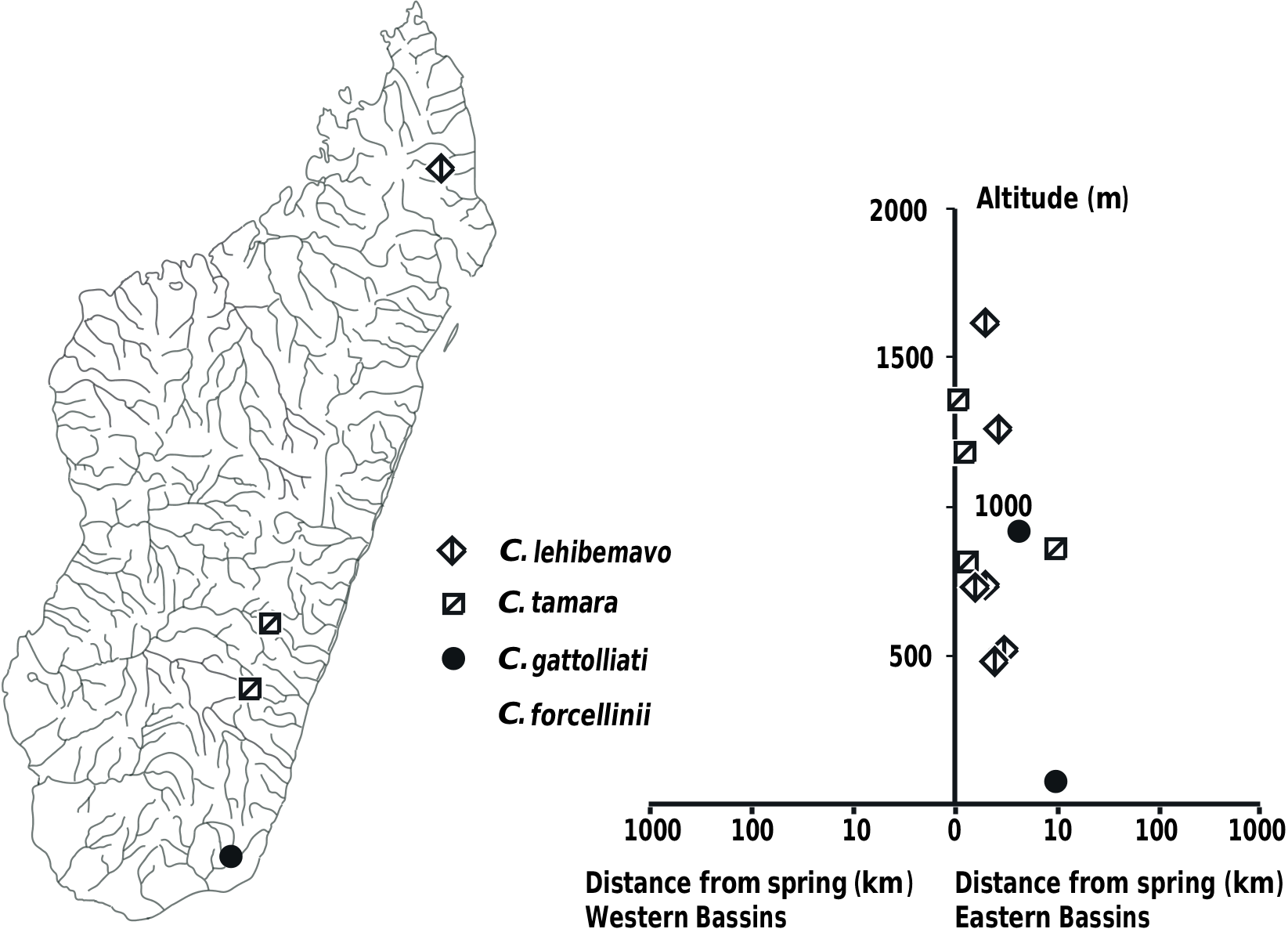