All the Old World species of the genus belong to the nominal sub-genus Chimarra Stephens, 1829 , characterized by a curvature of the stem of Rs vein in the forewing. In some groups, as minuta and georgensis, this curvature is weakly marked. In the lehibemavo group, the stem of Rs vein is not curved but clearly angular ( Fig. 1 View Fig ). This constitutes an accentuated state of the character. The lehibemavo group differs from the large digitata lineage by the absence of the median lobe of tergum X and the membranous tergum IX; it differs from the tsudai lineage by the undivided lateral lobes of tergum X. These lateral lobes are U-shaped or boomerang-shaped with one dorso-distal and one ventral branch. This is also observed in the georgensis species group but species of this latter group have a dorsally membranous tergum X and a reduced but sclerotized tergum IX. Above all, the phallic apparatus is the best characteristic of the group: the phallotheca is laterally split in two plates (thereafter named dorsal and ventral lamina); each of these plates is distorted in its own way, making the apparatus asymmetric. This phallotheca, associated with a variable internal sclerite and a large phallotremal sclerite, is a remarkable apomorphic character, the best way to identify the group. Each species exhibits specific forms of phallotheca and phallic sclerites, making the phallic apparatus the best diagnostic character.

In Madagascar, alive adults of the group are easily identifiable by the combination of the yellow colour and the large size. Most of the Malagasy Chimarra are black or brown, but the species of the minima and dybowskina groups are yellow or pale brown; the forewing length varies from 4 to 6 mm. In Africa, some species from mountain areas are quite large (for exemple 6.2 mm in Chimarra philipponi Gibon, 1986 from Guinea or 7.0 mm in Chimarra calidopectoris Wahlberg et al., 2014 from Malawi). The

The CO1 barcoding sequence is known for two specimens only, one male of C. fenoevo sp. nov. and one male of C. tamara sp. nov. The identification research in the database BOLD ( Ratnasingham & Hebert 2007) indicates for C. fenoevo sp. nov. a similarity percentage of 95.54 with C. OF sp. MG9, an unidentified Malagasy species included in the phylogeny published by Kjer et al. (2014, supplementary material). For C. tamara sp. nov., the maximum percentage is only 83.31, but again with C. OF sp. MG9. In the electronic supplement file of Kjer et al. (2014), the nearest relative of C. OF sp. MG9 (in a COI based phylogeny) is C. orumbera Cartwright, 2002 from Australia. Chimarra orumbera is easily distinguished from any species of the lehibemavo group by the presence of the dorsal lobe of tergum X (although quite simple and poorly sclerotized), and the absence of distortion of the phallotheca. These data will be more useful for future study, when the afrotropical fauna will be better known. For the moment, I would not say that this preliminary result confirms or, at least, does not refute the conclusion of the morphological study: the lehibemavo group is not close to any other among the afrotropical species. 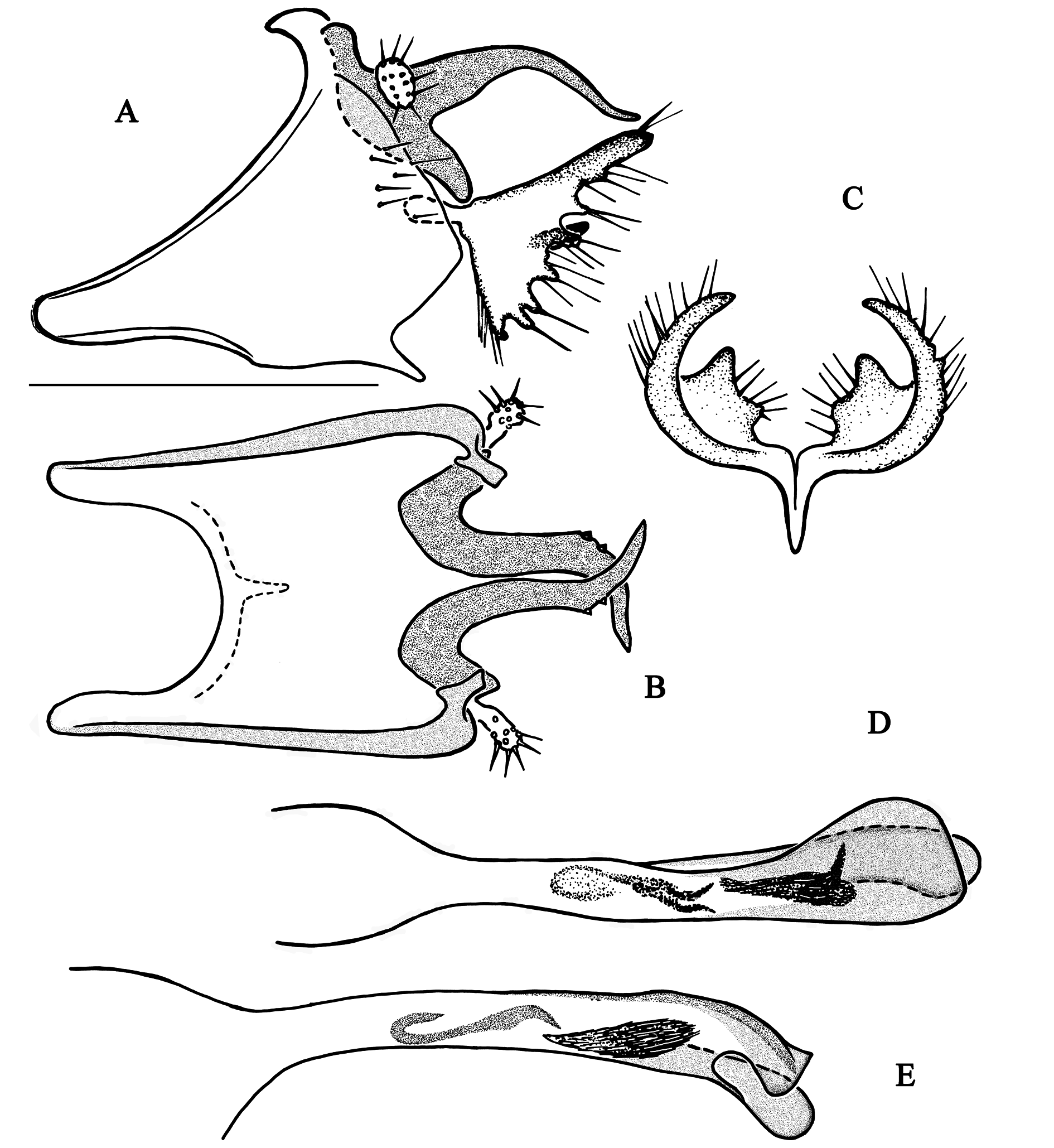