Diagnosis. As for the family.

Etymology. From the Greek korymbos, a cluster of flowers, and phyton, a creature (plant or animal), denoting the arrangement of polyps in small clusters that arise from a common stolon. Gender: neutral.

Remarks. Corymbophyton  n. gen. shares its unique colony growth form, in which polyps are fused only along the proximal half of their length, with Protodendron repens (Thomson & Henderson)  . In that genus, however, clubs are absent, and the only sclerite forms found in the polyps and stolon are spindles and rods (Bayer 1995). DNA sequences from P. repens  ( ZMTAU CO36002) suggest that it is not close to P. bruuni  phylogenetically, and its familial affiliation is unclear. It does not belong to the same clade as Acrophytidae n. fam. and Leptophytidae n. fam. ( Fig. 1View FIGURE 1). These differences justify the establishment of a new genus for P. bruuni  . 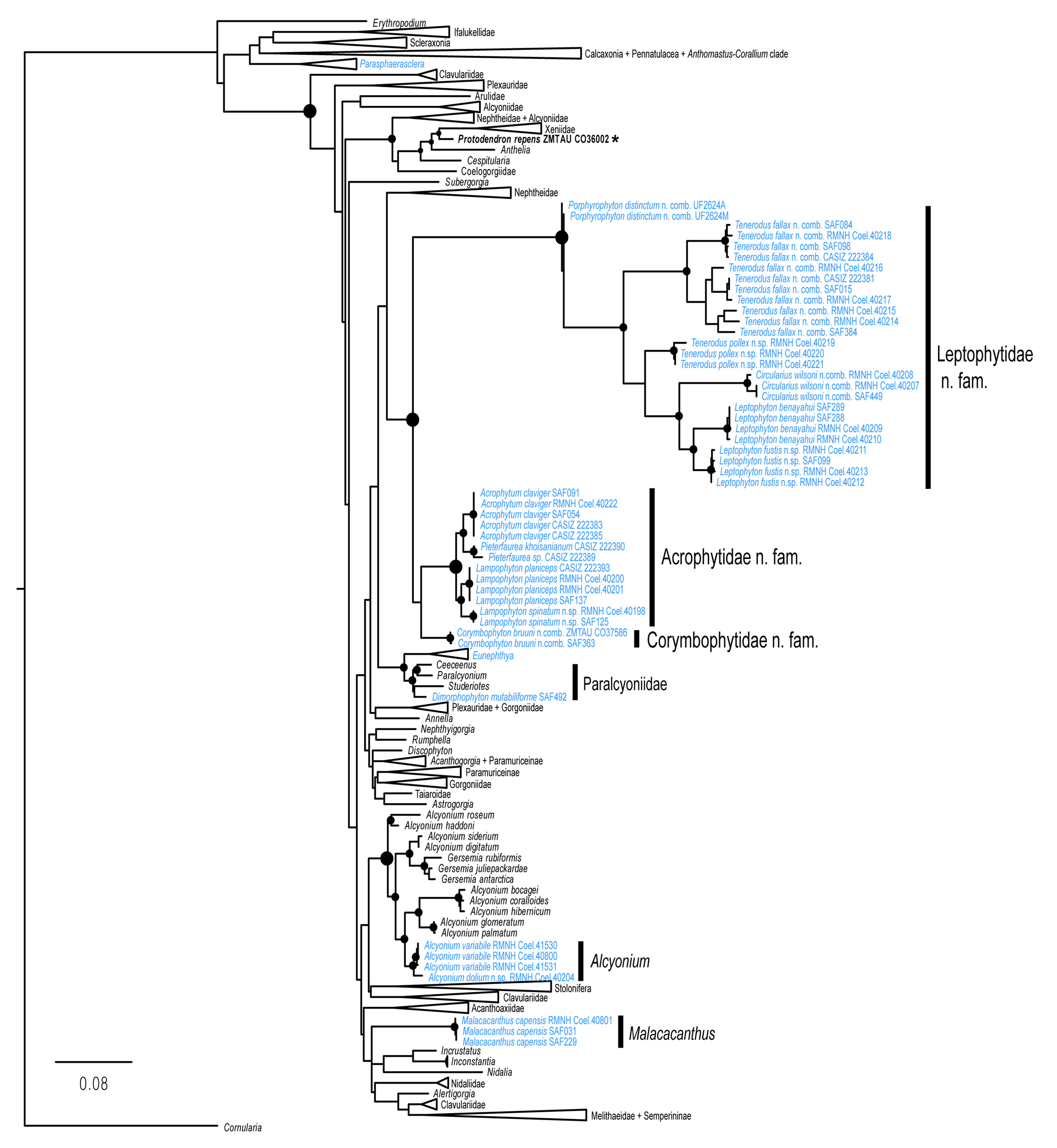