Remarks. Although the holotype is a female, it is nevertheless remarkably different from all remaining species and identification should not pose any problems. Not only the body is conspicuously dark and covered with recumbent vestiture, but also it is dorsally extremely finely microsculptured, so that the semi-glossy surface has a silky or oily, slightly iridescent shine. 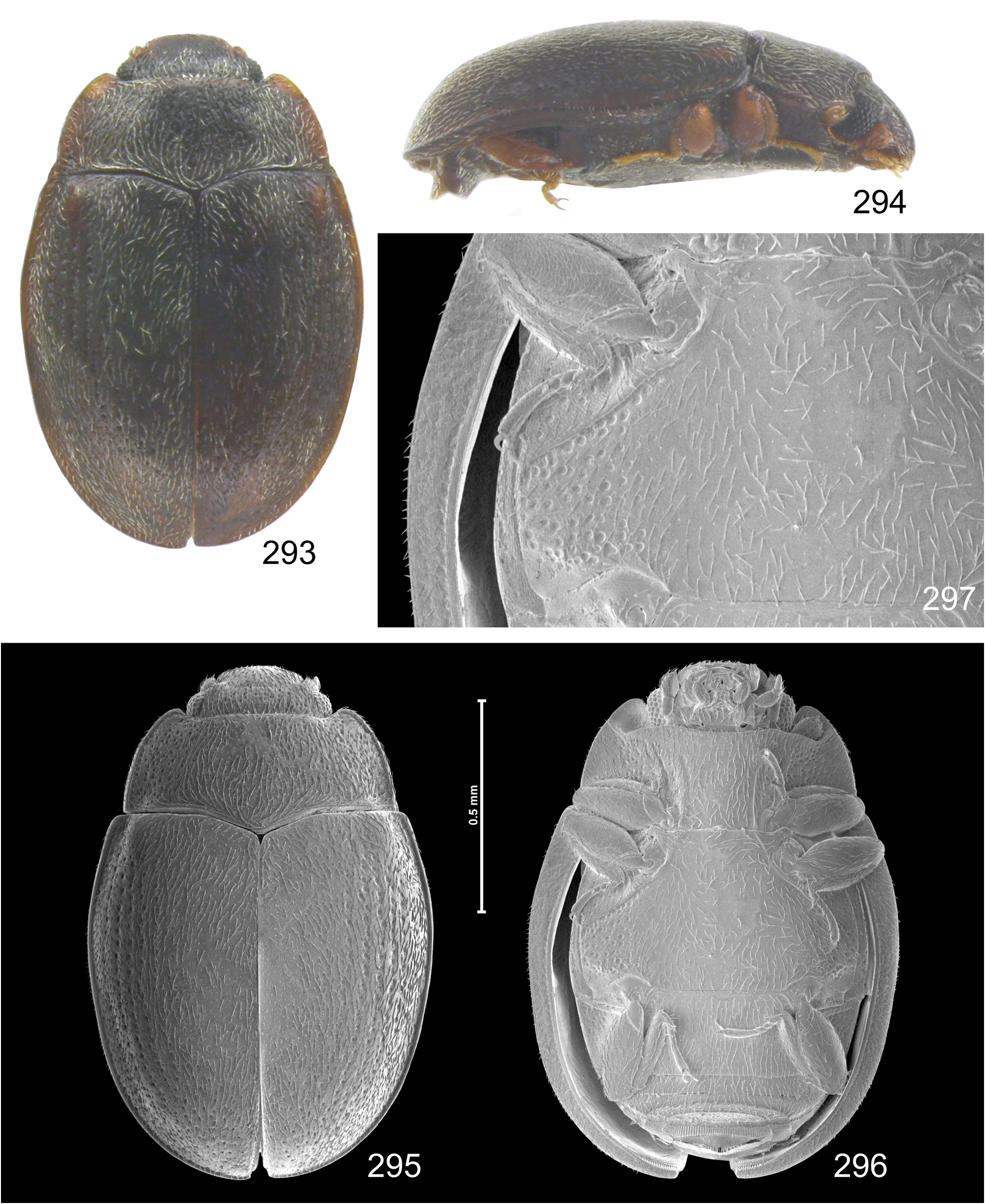