Metaventrite ( Fig. 71 View FIGURES 67–73 ) on most of its surface virtually impunctate, except for sides which are covered with unevenly distributed large, circular punctures with flat bottoms, with several arranged in row along posterior margin of metaventral femoral line. Discrimen externally visible in some specimens, in others indiscernible.

Tarsi with long but inconspicuous setae on tarsomeres 1–3.

Remarks. The depositories of the German (Bavarian) type of M. ovalis and the probably European (without more precise data) type of Ceutocerus advena remain unknown, and therefore only a syntype (here designated as lectotype) of Murmidius ferrugineus was examined. However, there is little doubt that European specimens of the broadly distributed species traditionally identified as M. ovalis would not be conspecific with those seen by Beck (1817), as there is no other Murmidius known to occur in Europe (except for rare cases of finding adventive, nonestablished species; see remarks for M. stoicus ).

Adults of this species are variable in the body length and proportions of body parts, also the prosternal carinae may differ in relative length, usually reaching anterior 2/3 of prosternum, but in some specimens slightly shorter. Murmidius ovalis is most similar to M. australicus ; see Remarks for the latter species. 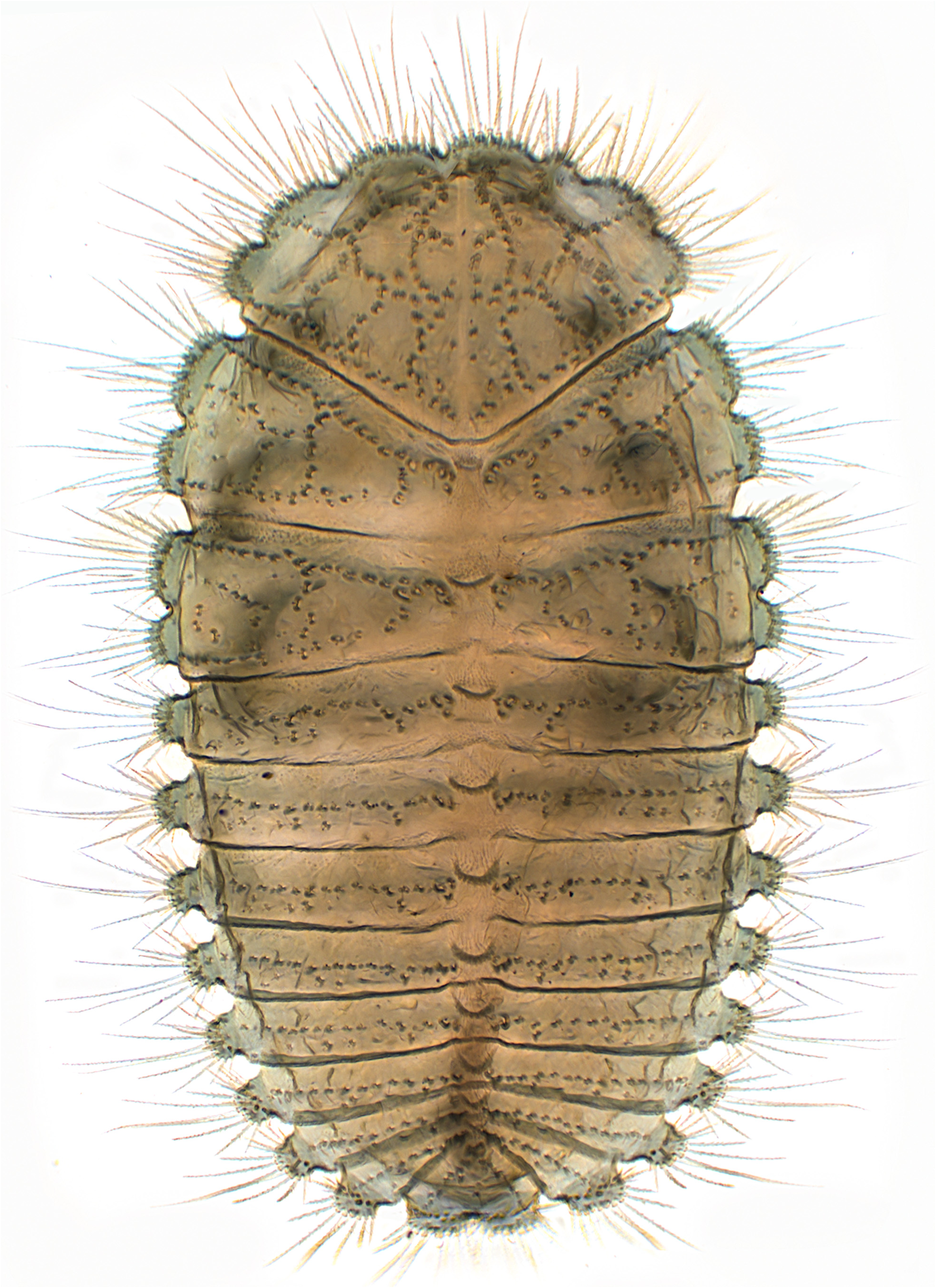