Elytra ( Figs 163–164 View FIGURES 163–169 ) together oval, with strongly rounded sides, broadest distinctly in front of middle, EL 0.70–0.83 mm, EW 0.80–0.83 mm, EL/EW 0.85–1.03. Humerus with distinct callus; elytra densely punctate, punc- tures small but distinct, not arranged in rows, those on anteromedian region of each elytron separated by spaces 1–1.5 × as wide as their diameters, punctures slightly reducing in depth toward sides and apices. Epipleura not narrowed near middle, with convex margins.

Remarks. Although the fragile lectotype of M. irregularis was not dissected, the synonymy with M. chapini seems well supported by almost identical body shape and external structures, as well by distribution in southern Mexico and Guatemala. These two specimens are both conspicuously small and short oval. There are similarly small specimens among those identified as M. stoicus (which typically is larger than M. irregularis ), but they come from distant regions ( China, Myanmar) and clearly differ in genital structures. 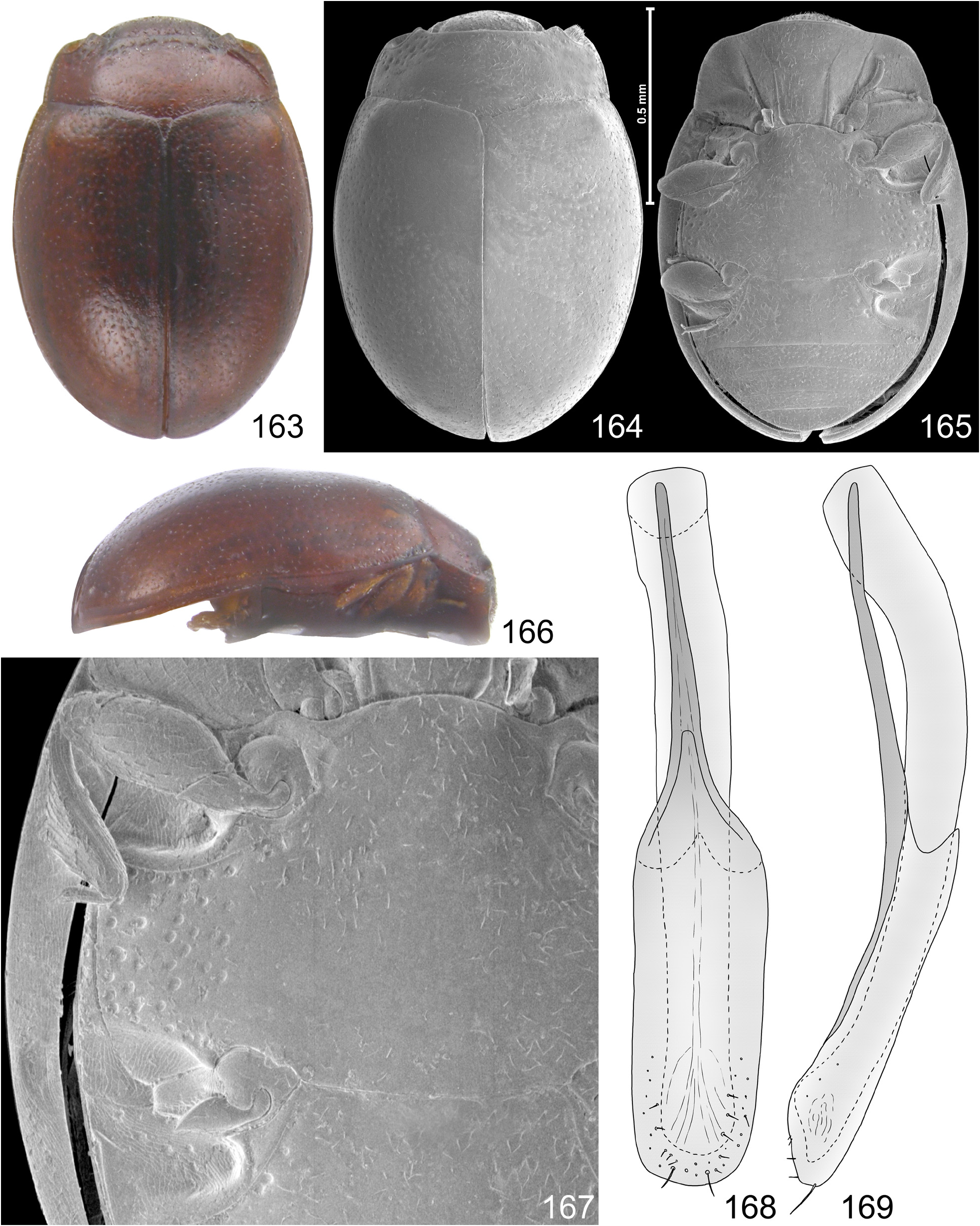