Distribution. Previously known from New Caledonia and Loyalty Islands ( Macpherson 1994), Kei Islands, Indonesia ( Baba 2005), and New Zealand ( Yaldwyn & Webber 2011); 245– 610 m. The present specimen greatly extends the geographical range of the species to the north, suggesting that the species is widely distributed in the western Pacific.

Remarks. Munida zebra  was originally described on the basis of material from New Caledonia and Loyalty Islands, Southwest Pacific, at depths of 200– 610 m. Later, Baba (2005) and Yaldwyn & Webber (2011) recorded the species from Kei Islands, Indonesia, at a depth of 245 m, and from New Zealand (Northland Plateau to Bay of Plenty) at depths of 200–600 m, respectively. The present specimen agrees well with the original description of M. zebra  by Macpherson (1994) and the diagnosis by Baba (2005), particularly in the following key characters: (1) carapace branchial margin with four spines; (2) no granules on thoracic sternites 7 and 8; (3) pleomere 2 with 4 pairs of spines on anterior ridge; (4) pleomere 3 unarmed; (5) cornea moderately large; (6) basal article of antennular peduncle not elongate, with distal spines subequal in length; (7) merus of third maxilliped on extensor distal margin; (8) dactyli of second to fourth pereopods armed with accessory spinules along whole length of flexor margin. The characteristic, beautiful living coloration of the specimen also generally agrees with that of M. zebra  described and illustrated by Macpherson (1994: fig. 89), in particular the carapace with broad transverse bands. The distomesial spine on the second article of the antennal peduncle seems to be less developed in the present Japanese specimen, compared with the figure of the holotype given by Macpherson (1994: fig. 63 c), but this might be in range of intraspecific variation. 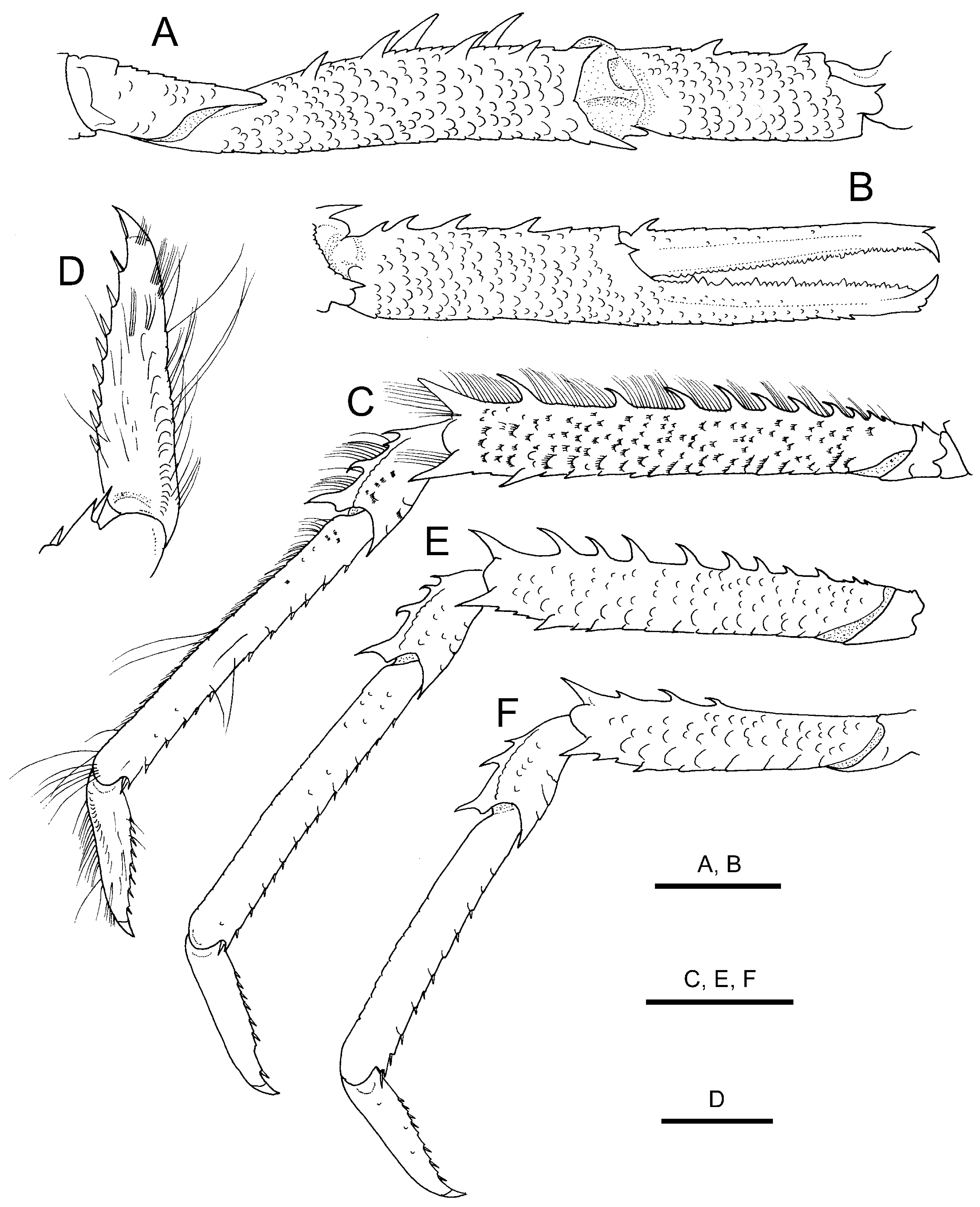 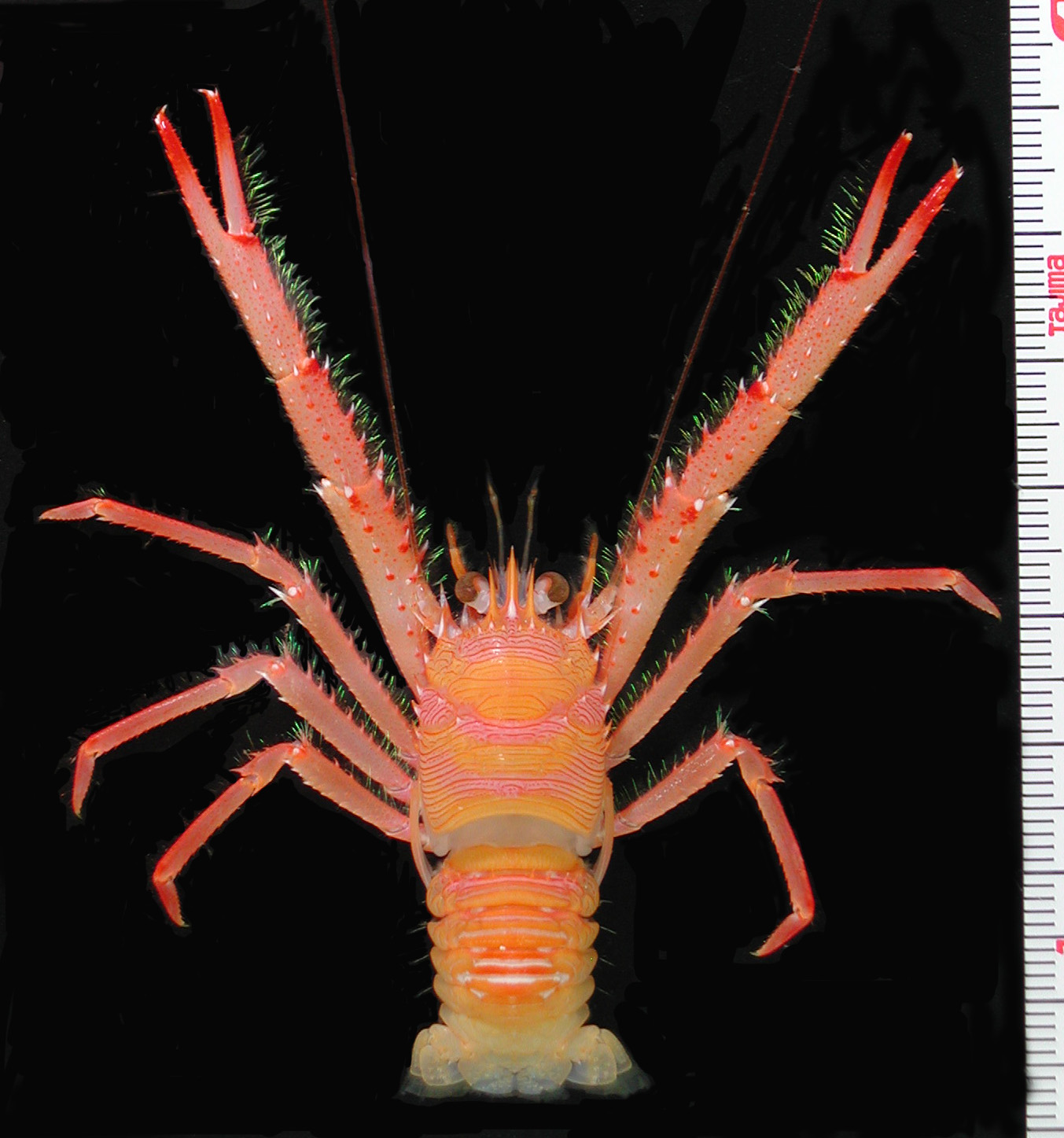