Remarks. The population collected from sand in the Kelso Dunes area, Mojave Desert, California and described here, agrees in many respects with the type specimens of Acrobeles undulatus  described from Venezuela by Loof (1964). One major difference is that no males were found in the type population. Another difference is that the cuticle is described as divided into blocks by longitudinal striae in the type specimens. However, the brevity of the original description and poor state of type material has already caused much speculation about the exact morphology of cuticle in A. undulatus  ( Rashid et al. 1990a, Mundo-Ocampo et al. 2003). Due to the absence of any other diagnostic differences between recent specimens and the original description of A. undulatus  , and until new material from the type locality can be obtained, we consider both populations conspecific.

A female population of A. undulatus  was also described from Iran by Amirzadi et al. (2013). These specimens have a shorter body than the type specimens and those from Kelso Dunes, other differences are: cuticle slightly tessellated, this more apparent in neck region, annules narrower (1–2 µm vs 2.4–3.4 µm), non-areolated lateral field as evidenced in drawings and photographs (vs distinctly areolated), more posterior phasmid position in females (15–33% of tail length vs 32–40% of tail length). All these differences suggest that the population from Iran represents a different species and it is therefore not included in the diagnosis of A. undulatus  . 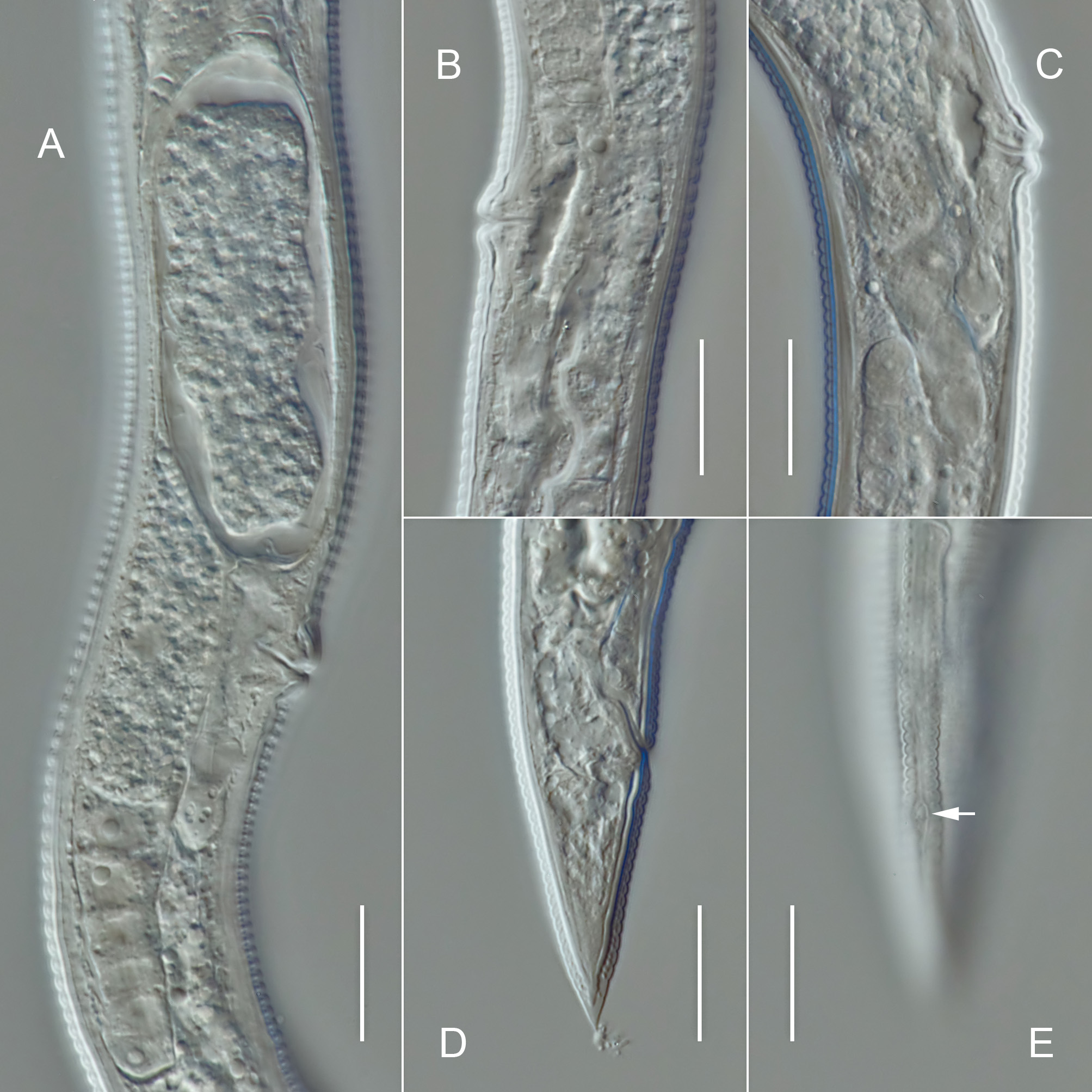