The specific epithet is a Latin noun in apposition, combining ‘ parvus ’ meaning small, and ‘ terga ’ referring to paraterga, and alludes to the shorter subspiniform paraterga compared to other species.

STERNUM ( Fig. 16H –JView Fig. 16). On body ring 5 with a swollen lobe; posterior surface of lobe with a pore borne on a short cylindrical stalk.

Known only from a small area in Trang and Songkhla Provinces. All specimens were collected in limestone habitats during the rainy season. Adults males and females were seen hiding under dead leaves while juveniles were found crawling on leaf litter. It is noteworthy that despite several intensive surveys during 2016–2017 in Trang and Songkhla as well as nearby areas, no further specimens of this species have yet been found. We consider G. parvoterga  gen. et sp. nov. as an endemic species for Thailand. The new species has been found in syntopy with Desmoxytes delfae  and Desmoxytes flabella Srisonchai, Enghoff & Panha, 2018  .

Specimens blended perfectly with the environment by hiding under brown/red leaves, it therefore was really difficult to find them. We could not find males at Tham Sri Khaesorn, only two females were collected, but the morphological characters of these perfectly agree with a female specimen from the type locality. Gigaxytes parvoterga  gen. et sp. nov. exhibits some variation in shape of hypoproct: subtrapeziform in some specimens, subsemicircular in the others. 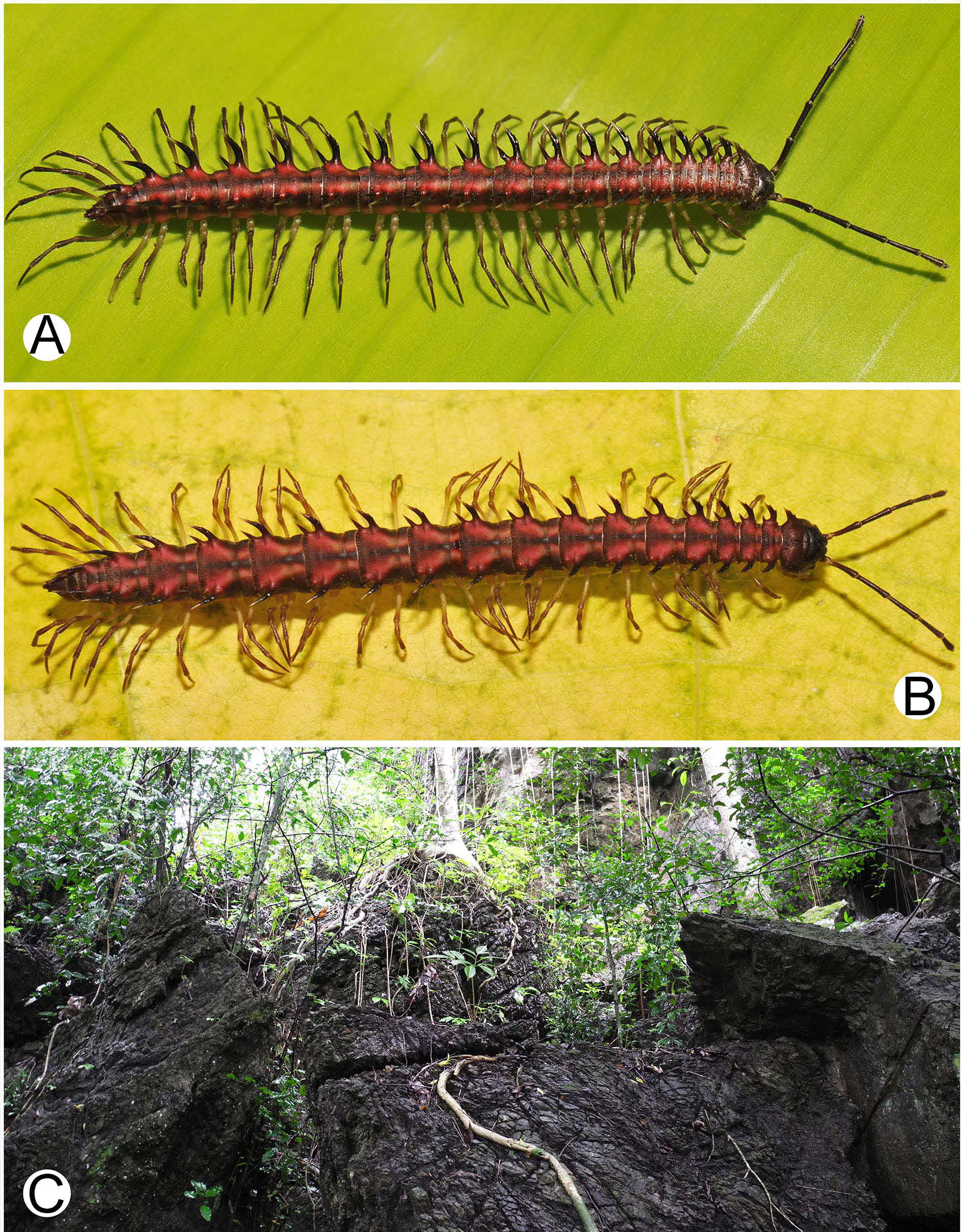 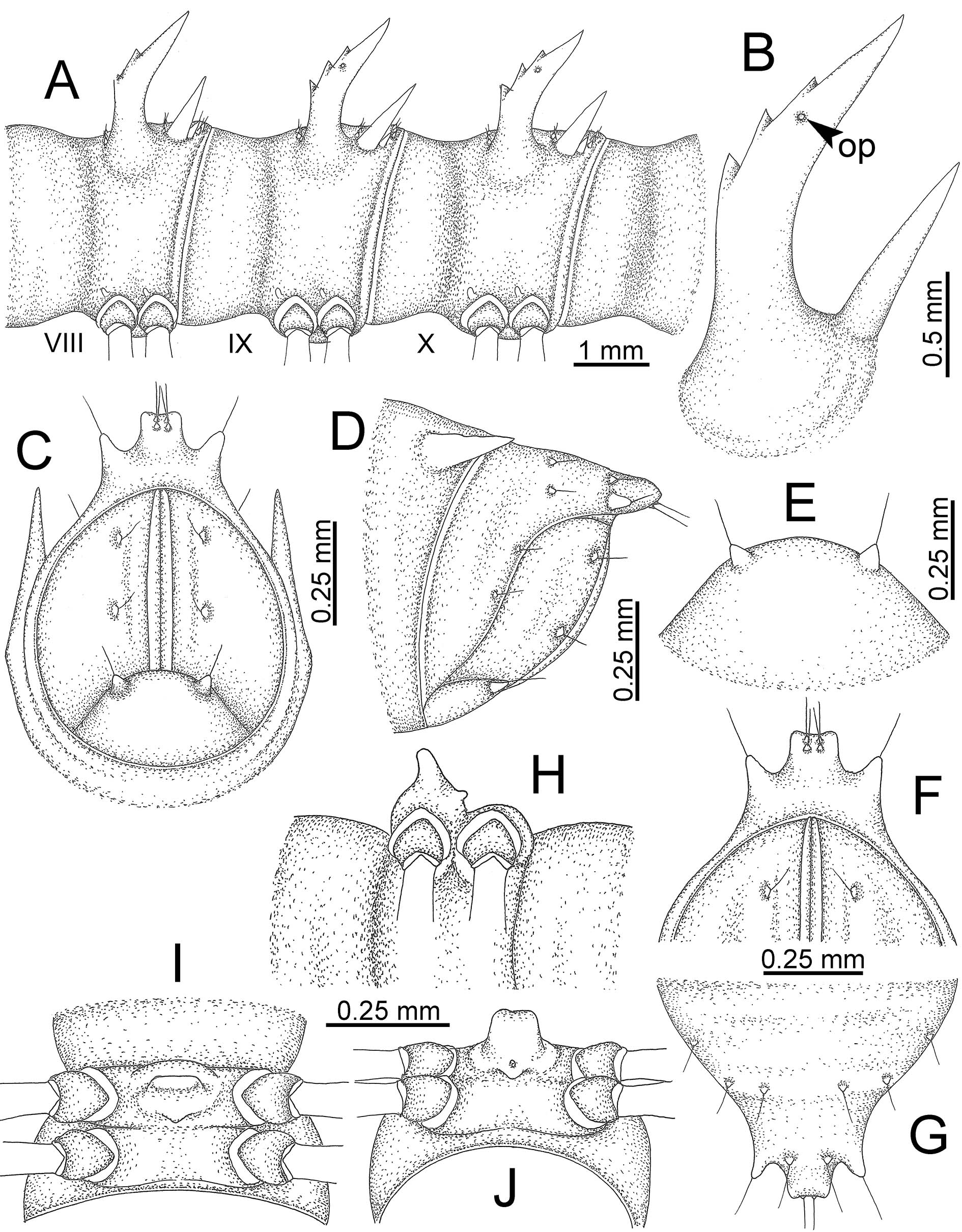