Diagnosis. Adults of the new species resemble those of Cacopsylla malivorella  [Matsumura, in (Sasaki, 1915)] and C. myriacantha Li, 2011  in the forewing with a straight fore margin and a broadly rounded apex, as well as the short broad paramere with a prominent antero-apical beak-like process and two groups of strongly sclerotised peg setae on its inner face. It differs from both species in the narrower paramere whose fore margin is hardly curved in the apical two thirds (rather than strongly curved), and in the strongly inflated apical dilatation of the distal segment of the aedegus (rather than flattened and weakly inflated).—Immatures mostly lack capitate setae, bearing 13‒15 long marginal slightly rod-shaped setae on forewing pad and 11 on caudal plate on either side, the latter also with 2+2 marginal sectasetae. Abdomen with three large lateral and two large and a small submedian free sternites on either side of mid-line. Circumanal ring small, close to posterior margin of subgenital plate, consisting of a single row of pores.

Comments. Cacopsylla baccatae  shares with C. malivorella  from Japan and the Russian Far East and C. myriacantha Li, 2011  from China the shape of the forewing, the peculiar built of the paramere and, with the former, the host Malus  , that of the latter being unknown. This suggests that the three species are closely related. C. baccatae  differs from the other two species in details of the paramere, e. g. the length/width ratios which are as follows: C. baccatae  2.0, C. malivorella  1.7 and C. myriacantha  1.4. C. baccatae  differs from the other two species also in the more inflated, subspherical apical dilatation of the distal portion of the aedeagus which is more flattened in the other two species. 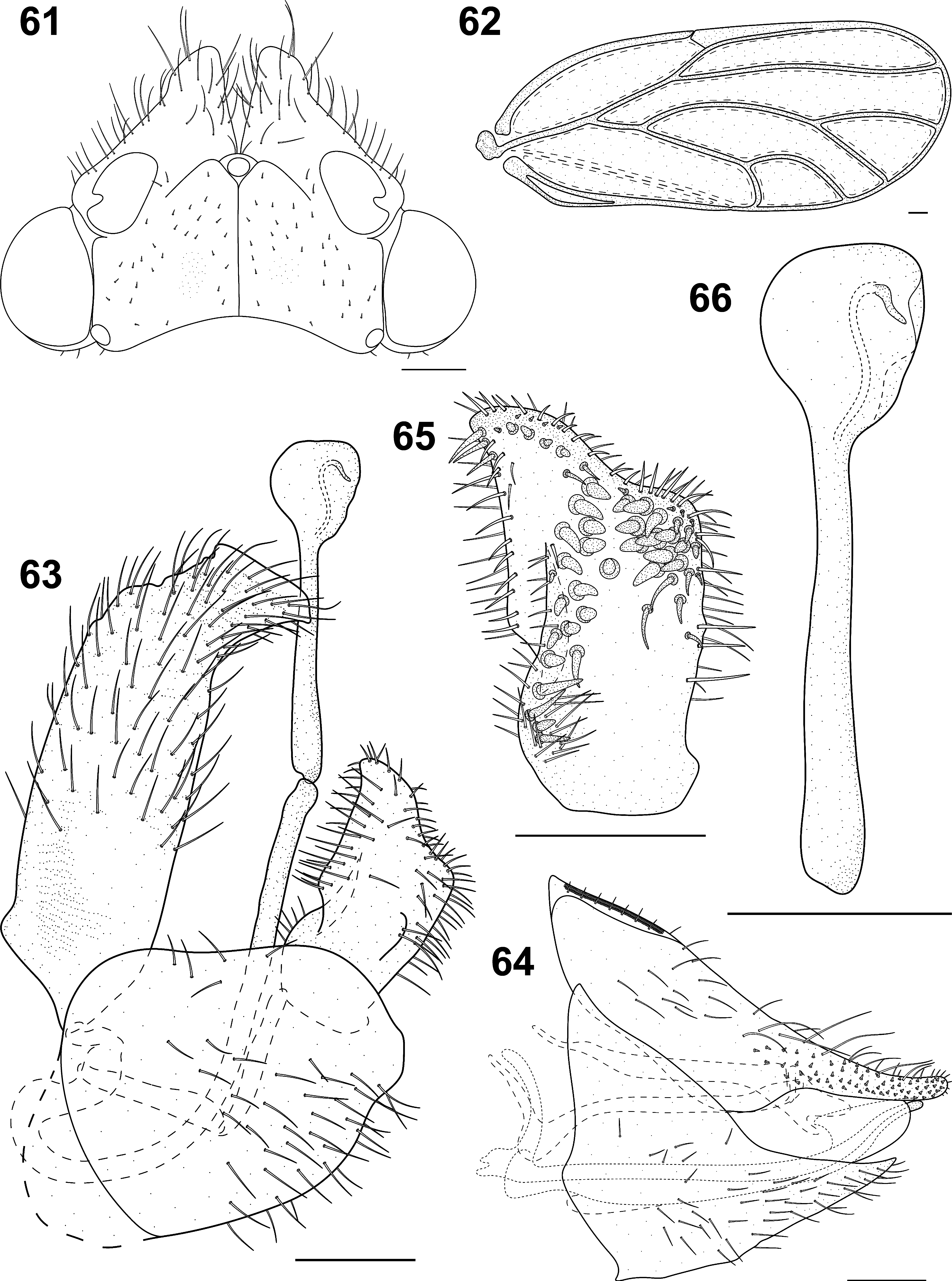 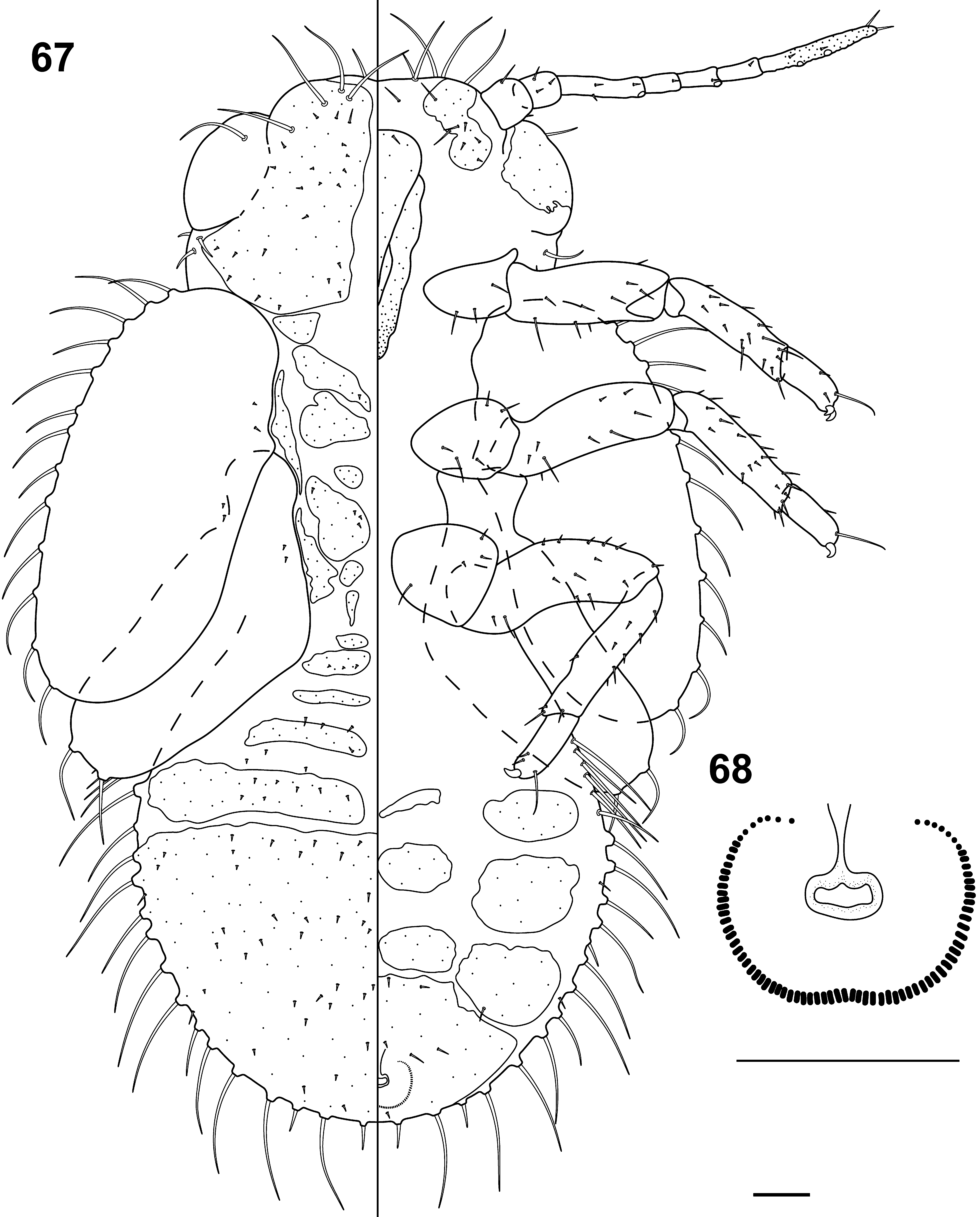