Biology. Adults occur in mid-November and early May at elevations of 700–1400 m.

Remarks. A. hackeri  can be recognized externally by the comparatively light forewing with a well expressed brown dot at 2 / 3 length of the costal margin. The male genitalia are most similar to those of A. indicus  , but can easily be separated by the shorter valva with a bigger tooth on the inner margin, the shorter lateral projection on the posterior margin of the vinculum, broader anteromedial incision, the apex of the phallus bears two arms rather than one and others details. The female is similar to that of A. indicus  but differs in the anterior margin of segment VIII that bears triangular projections, and the longer ductus bursae with the narrow distal portion.

Etymology. The new species is named in honor of Hermann Hacker (Bad Steffelstein, Germany), the collector of the type series. 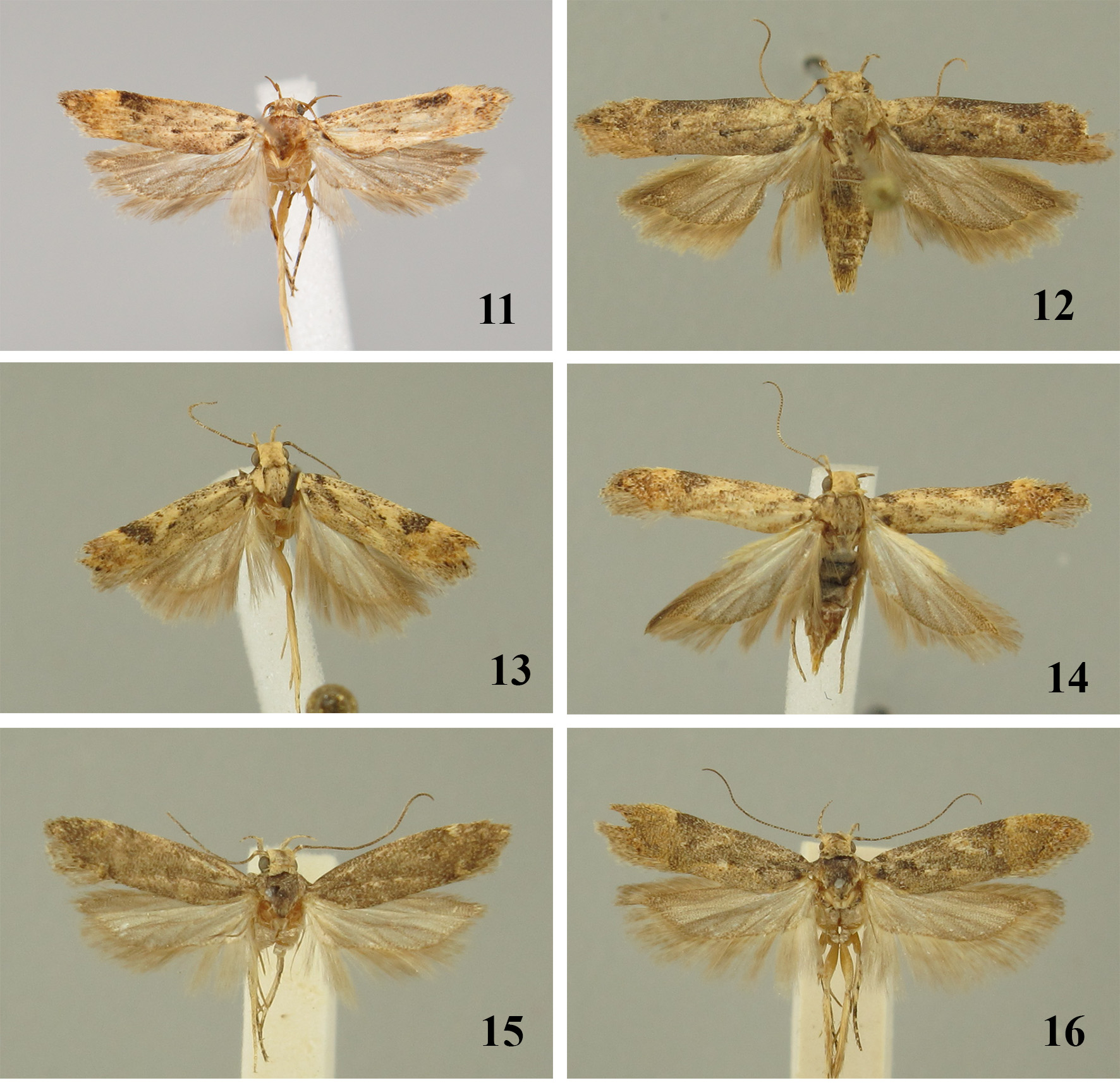 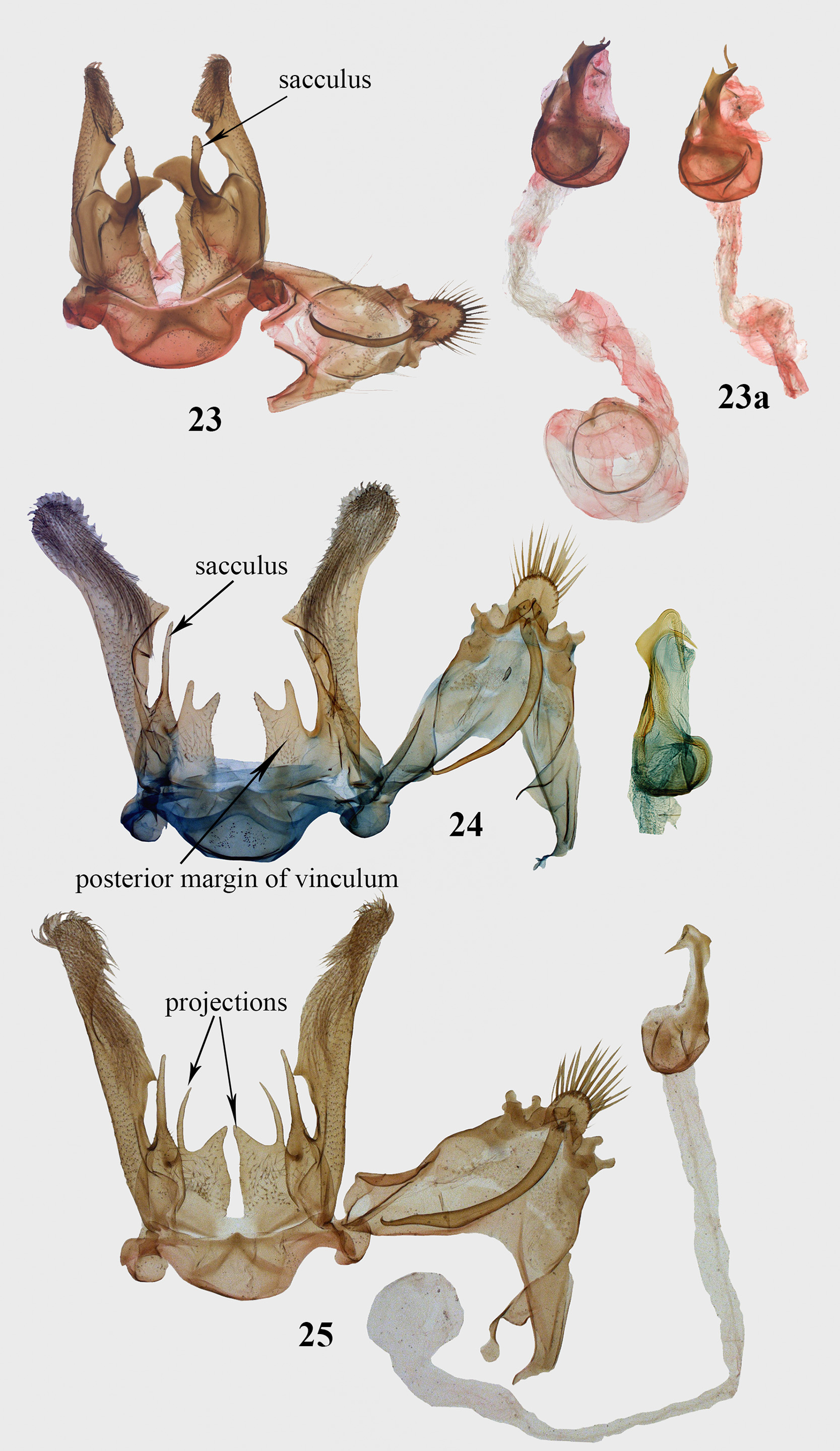 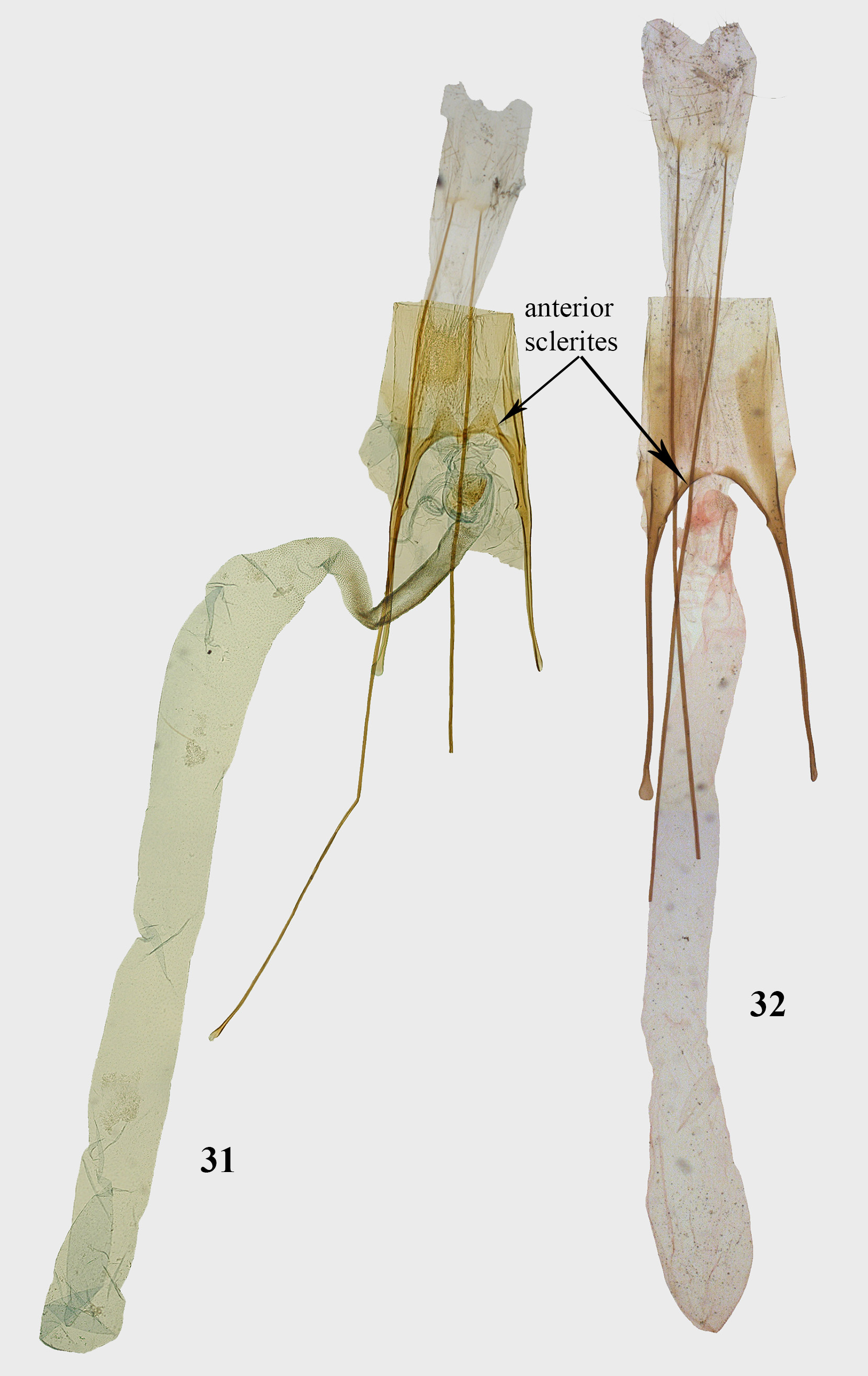