Thorax.— Prothorax brown, brassy black on dorsum and slightly pruinosed. Dorsum of pterothorax with a pair of metallic bluish-green antehumeral stripes on whole length of mesepisternum; these stripes widened laterad at upper end, the lower portion almost parallel-sided and distant from median carina for about half its own width. Sides of pterothorax predominantly yellow-brown, the mesepimeron with a broad metallic green stripe which is suddenly constricted just below mid-height. Mesinfraepisternum brown along mesepisternum. Pectoral colour pattern shaped as shown in fig. 1 View Fig . Pterothorax largely pruinosed except dorsum.

Abdomen.— Segments 1-7 with brassy dark brown dorsum, the lower sides of basal segments brown-yellow. Segments 8-10 dark brown and pruinosed. Segment 10 and caudal appendages dark brown, shaped as described in the key and as shown in figs 10-11.

Variation.— The width of the dark antehumeral stripe varies in the paratypes. In one specimen it is reduced to a rather narrow stripe parallel to the mid-dorsal carina and as far therefrom as the stripe is wide. In another specimen the stripe widens regularly toward its upper end where it attains the mid-dorsal carina and occupies the mesepisternum for about four-fifths its local width.

Etymology.— The specific name basidens from "basis" and "dens", in reference of the strong basal tooth on the inner border of the male superior caudal appendages. 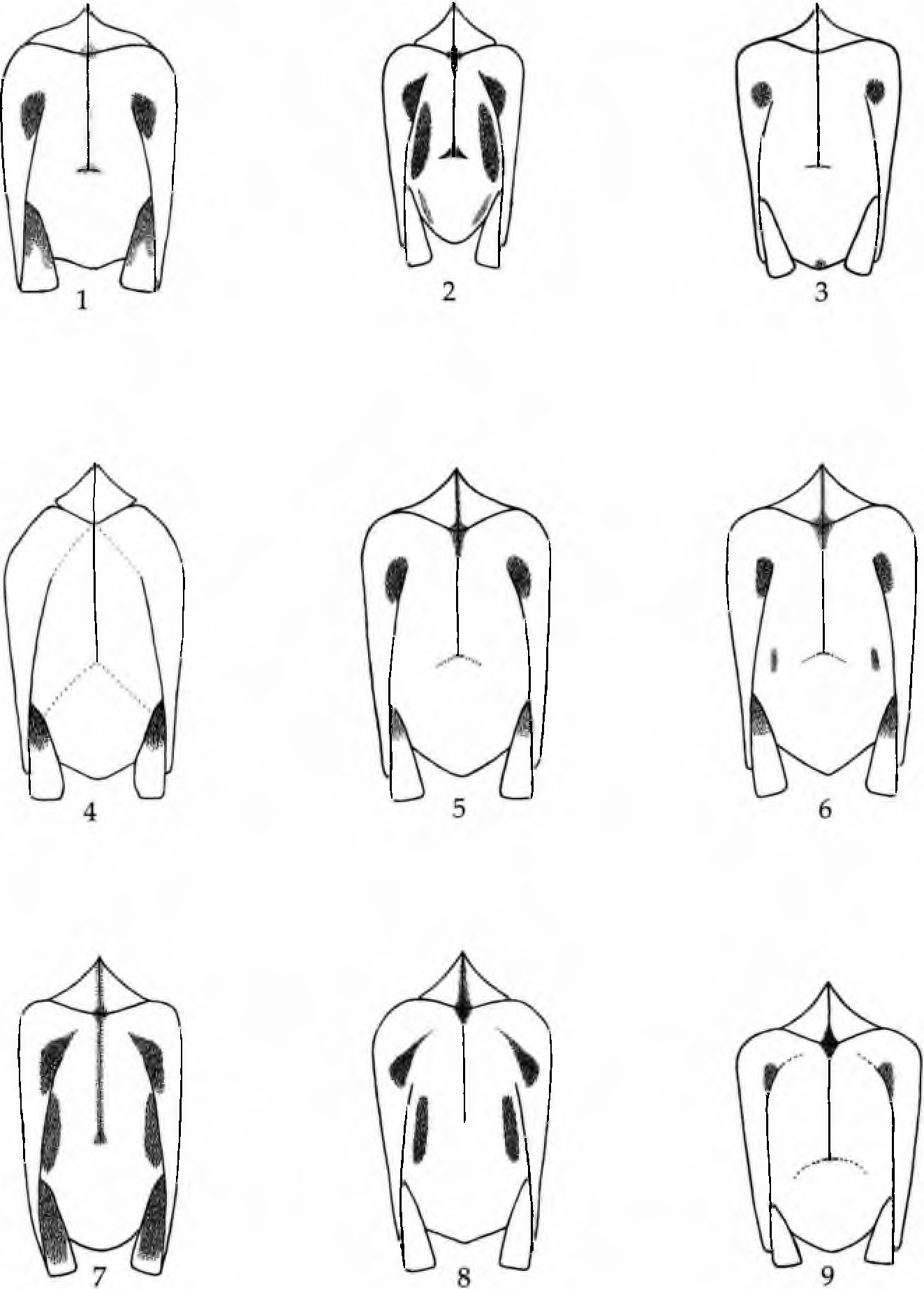