Etymology. The name imei   is a patronym honoring the Instituto de Medicina Experimental, whose abbreviation is IME, located at the Faculty of Medicine, Universidad Central de Venezuela, Caracas, Venezuela, where the new species was first analyzed.

Definition and diagnosis. A medium­sized Tityus   species (males 79.85–86.60 mm, females 73.38–77.63 mm). This species exhibits a marked sexual dimorphism, and has been tentatively placed into the “androcottoides” group (sensu González­Sponga 1996), integrated by species with metasomal (segments I to IV) ventral keels which are double in their first half and then converge into a single, central keel in the second half.

T. imei   sp nov. is characterized by the following combination of characters: (1) Metasomal segment II in females, with ventral double keels which converge in the distal third, or ventral keels which are parallel in its entire length, including a well­defined central keel in the second half of the segment; (2) Dorsal femur trichobothria d 3, d 4 and d 5 form an obtuse angle (approximately 140 ° in males and 150 ° in females).

The new species can be distinguished from its closest geographic neighbors by the following characters: in T. sanarensis   , imaginary lines connecting dorsal femur trichobothria d 3, d 4 and d 5 form a 180 ° angle while in T. imei   sp. nov. such trichobothria form a 140 ° angle. T. imei   also differs from T. sanarensis   in the array of metasomal segment II ventral keels in the two distal thirds of the segment (keels are convergent in T. imei   ). It can be distinguished from T. boconoensis   in the shape of the male telson (ovoid in T. boconoensis   and elongated and semi­elliptic in T. imei   ) and also in metasomal segment IV ventral keels. T. imei   has unique central keel in its entire segment length, whereas in T. boconoensis   the keels are double and parallel although poorly defined in the the proximal third, and unique in the distal two thirds.

Tityus rusmelyae González­Sponga, D   ´Suze & Sevcik 2001, another geographically related species, from Humocaro Alto, in the state of Lara, differs from males of T. imei   sp. nov. in the array of ventral keels in metasomal segment IV: in T. rusmelyae   , keels are double and parallel in the first half of the segment and unique in the second half; in T. imei   , a single, central keel is present in its entire length. Total body dimensions (males) also differ between the two species: 55.28 mm for T. rusmelyae   and 85.53 mm for T. imei   . 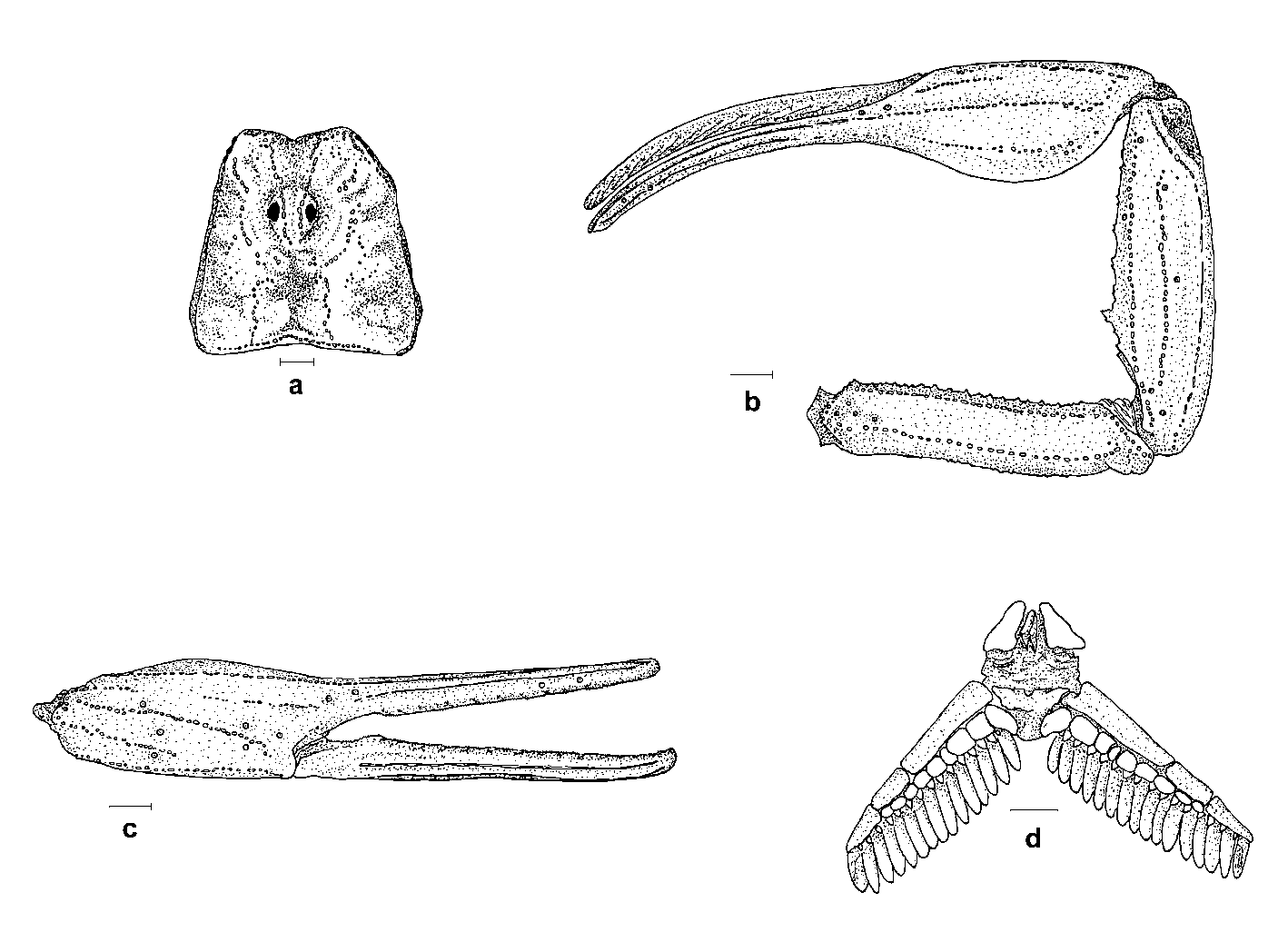 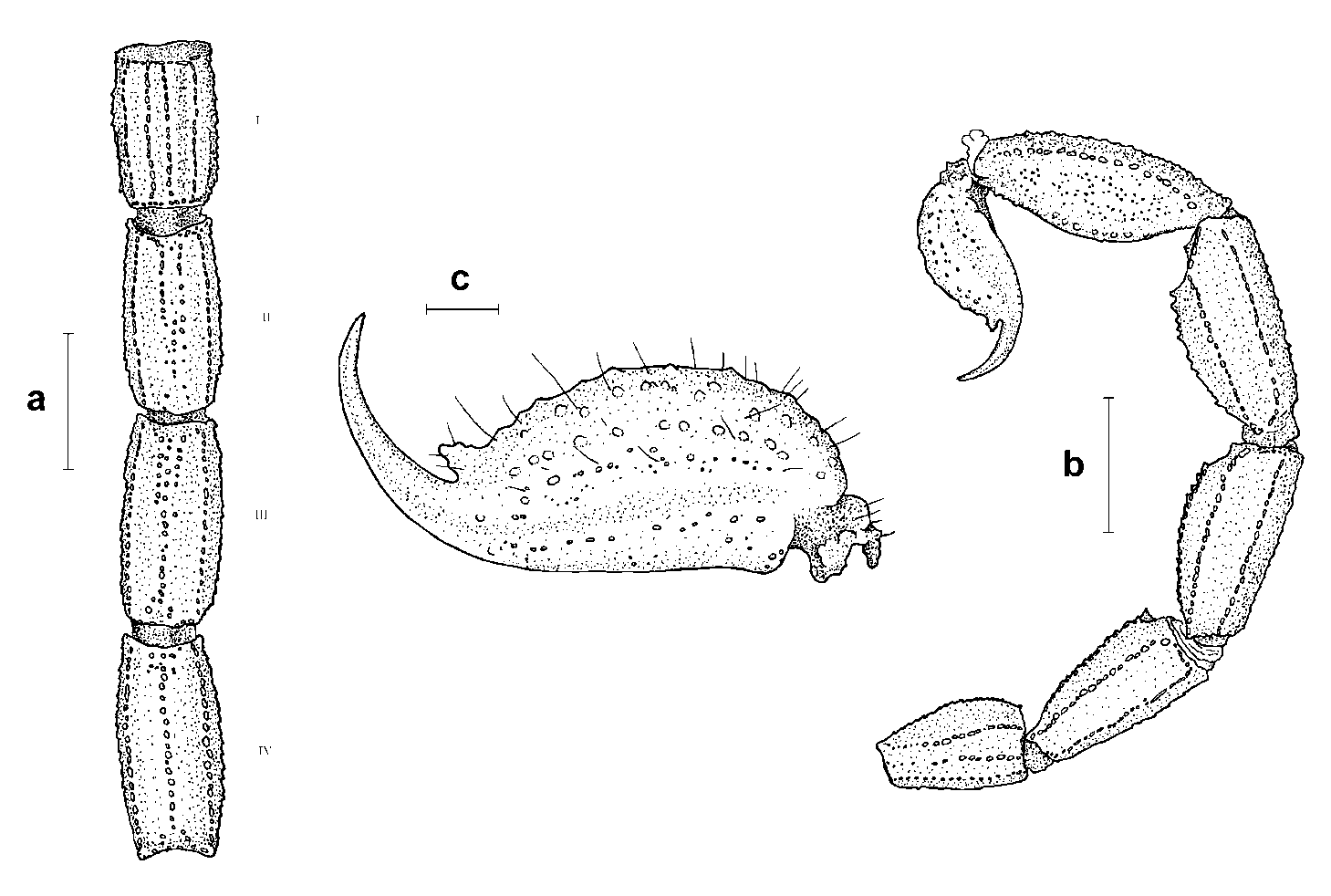