Diagnosis. Head capsule entirely smooth and essentially uniformly coloured; scape relatively short (SI <91); subpetiolar process large and rectangular. This species can be separated from the otherwise similar A. prolixus by the shorter scape, and from A. acerbus by its smaller size and largely smooth pronotum.

Comments. This is the most common, widespread and southern-most species of Aenictus found in Australia. It occurs in a range of habitats from dry sclerophyll through Banksia shrublands and into rainforests. As with other species nests are in soil generally under rocks and logs on the ground. The queen has been collected only once, by B. B. Lowery, together with workers from Murwillumbah, NSW, in September, 1962. It is likely that at least some of the males here associated with A. hilli actually belong to this species.

Morphologically, the subpetiolar process is always subrectangular but shows considerable variation, even within single nest series. The anterior face is always angular and the posterior face a gentle to strong convexity, but the posterior angle often has a projecting flange that varies from short to long. This flange is visually striking and gives the appearance of a greater amount of variation that is actually present based on the underlying process. When the flange is present the posterior face tends to be more strongly convex while in cases where the flange is absent the posterior face is more weakly convex. Even though widespread, the outlying populations are similar to others. For example the Fowlers Gap specimens (from western New South Wales) are similar to those from Lismore (some 1100km to the east) in the shape of subpetiolar process and in having reduced sculpturing compared to others. There would appear to be minimal geographic differentiation within this species.

Aenictus turneri is similar to the Indonesian and Papua New Guinean species A. orientalis but differs in having the humeral angles of the pronotum rounded rather than weakly angular and in being essentially uniform in colour (the head and legs are noticeably lighter than the mesosoma in A. orientalis ).

A number of distinct species from the Philippines have been associated with A. turneri (when all were considered conspecific with A. ceylonicus ). Most of the Philippine species differ from A. turneri in having thin, weakly convex subpetiolar processes. However, one species (based on specimens from 18km E Naga City and Camp, Dumaguete, both in MCZC) has a projecting rectangular subpetiolar process similar to that found in A. turneri . This material differs from Australian specimens in having shorter legs (especially tibiae), a more block-like postpetiolar node (although there is some variation in Australian material) and a darker, more reddish and less yellowish mesosoma; it is here treated as belonging to a separate species. These Philippine specimens are very similar to the types of A. ceylonicus var. latro Forel , which is currently a junior synonym of A. ceylonicus .

Aenictus exiguus was last considered in detail by Brown (1958). Unfortunately he apparently did not have access to the type specimen, a holotype worker from Cairns district, Queensland, reported as being in the South Australian Museum. A search during this study failed to find this specimen and it is assumed to have been lost. The only clue to the identity of this species is Clark’s (1934) illustration. In this figure the scape is short, as in A. turneri rather than long, as found in A. prolixus . Based on this it is assumed that Clark’s exiguus is conspecific with A. turneri . To secure this treatment a neotype is designated, this specimen being considered conspecific with A. turneri . 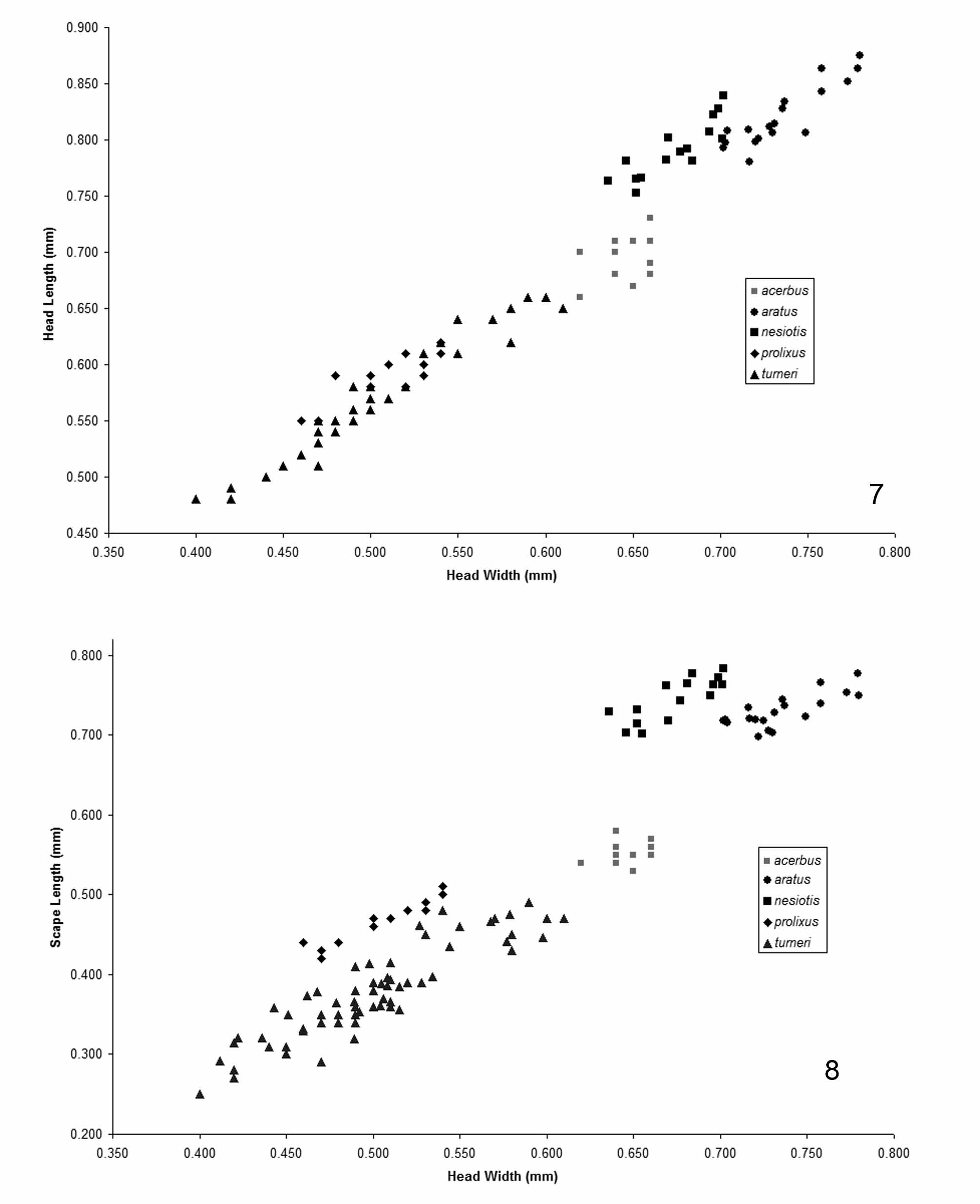 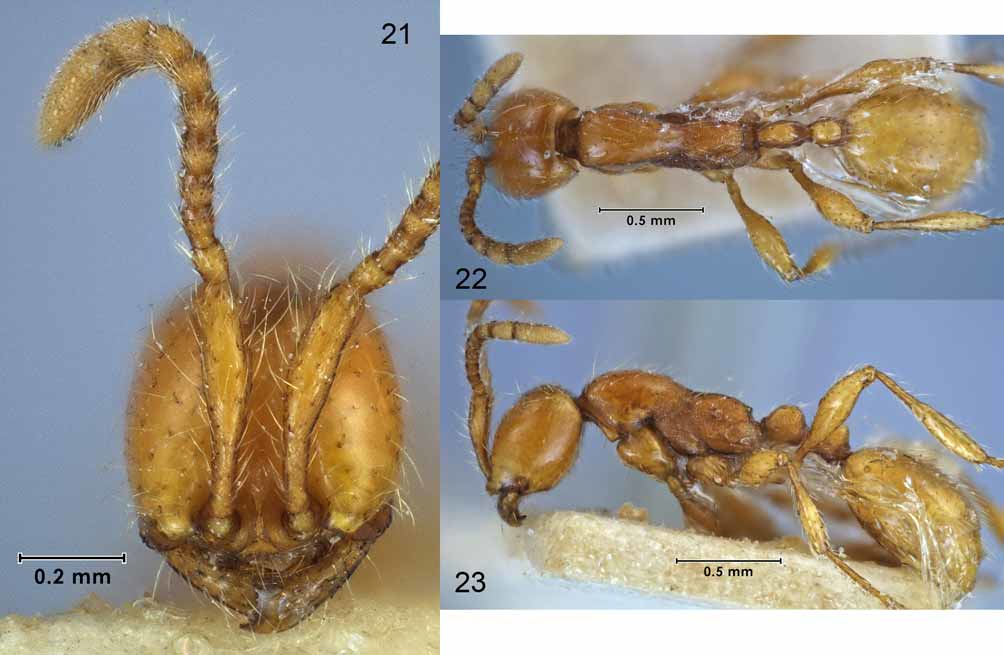