Distribution ( Fig. 59 View FIGURE 59 ). Endemic to New Caledonia. This small Corduliidae belongs to a genus with four species present in Australia, Borneo, New Guinea, and New Caledonia ( Fleck 2007). It is recorded from more than ten localities, almost all in the southern tip of Sud Province. Karube (2000) observed this species 20 km north-east of Nouméa, which is its northernmost known point of occurrence.

Habitat. Metaphya elongata reproduction sites are currently unknown, but considering our observations, they could be in certain waterbodies of the Plaine des Lacs. The species seems to prefer ultramafic soil.

Biology and behaviour. Most records are of vagrant individuals. However, in February 2011, DG observed a few males around a pond in the north of Prony, two females approached the pond and disappeared immediately into low reeds growing in the water. From one hundred eggs collected from two females on the shores of the Lac en Huit in mid February 2004, Fleck (2007) reared five specimens to the final stadium in the laboratory.

Status. Restricted to a very small area that is threatened by mining, M. elongata has mostly been observed in singles and its breeding sites are still unknown. We rank the species as EN. 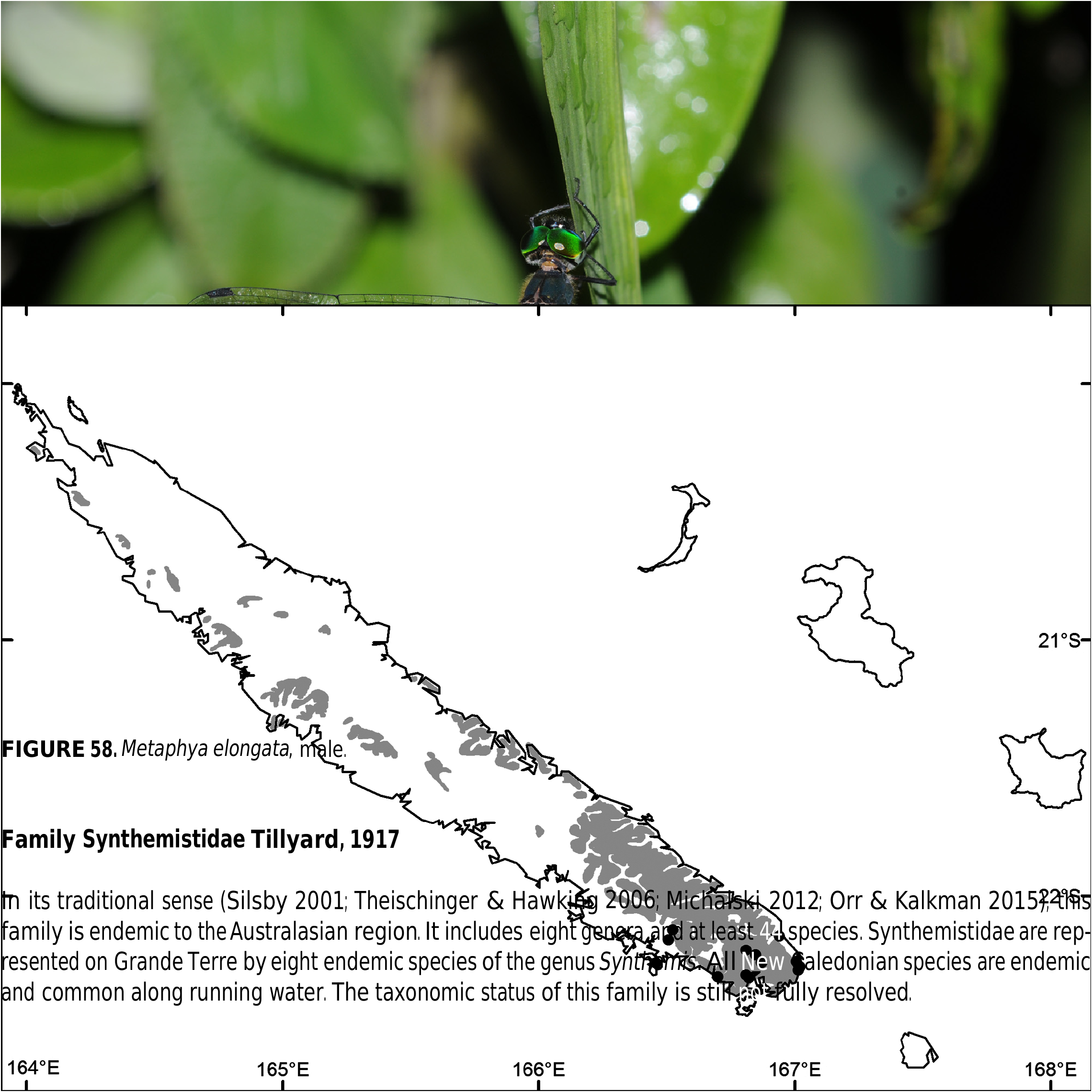