The body is fixed by its ventral part, partially covered with epibionts with protruding siphons well apart. The tunic is red and wrinkled externally and red also internally on the siphons. There are dense spinules on the siphons. The body wall is thick with crossed bundles of muscle fibres ( Fig. 6AView FIGURE 6). There is a thin oral velum adhering to the tunic lining which has brown longitudinal lines. The 12-14 largest oral tentacles are bushy, three times ramified. The prepharyngeal band forms a wide and deep V including the dorsal tubercle with rolled horns ( Fig.7AView FIGURE 7). The dorsal lamina has a plain edge. There is an average of 9 branchial folds on each side ( Fig. 6BView FIGURE 6, 7AView FIGURE 7), the most ventral thinner and incomplete disappearing ventrally; a formula of a 3.2cm large specimen is on the right side: E- 1 (12) 3 (15) 3 (17) 4 (17) 4 (23) 3 (23) 4 (24) 4 (22) 3 (20) 2-DL.

There is one gonad on each side the left one crossing the intestine ( Fig. 6AView FIGURE 6, 7AView FIGURE 7). They contain 3 or 4 well separated lobes linked by a longitudinal gonoduct. The male and female papillae are short and linked. Numerous thread-like papillae cover the entrance of the atrial siphon and the large velum. 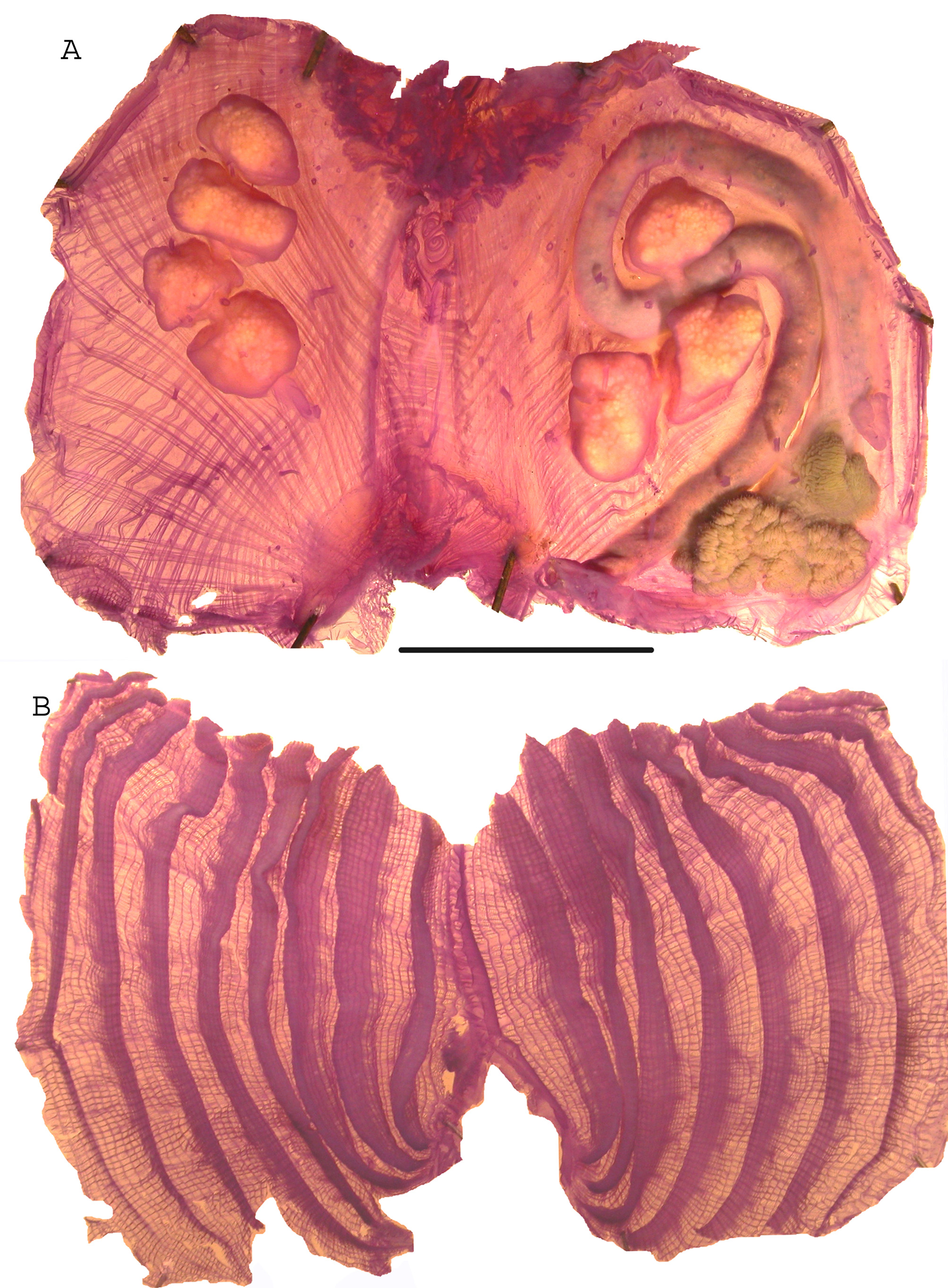 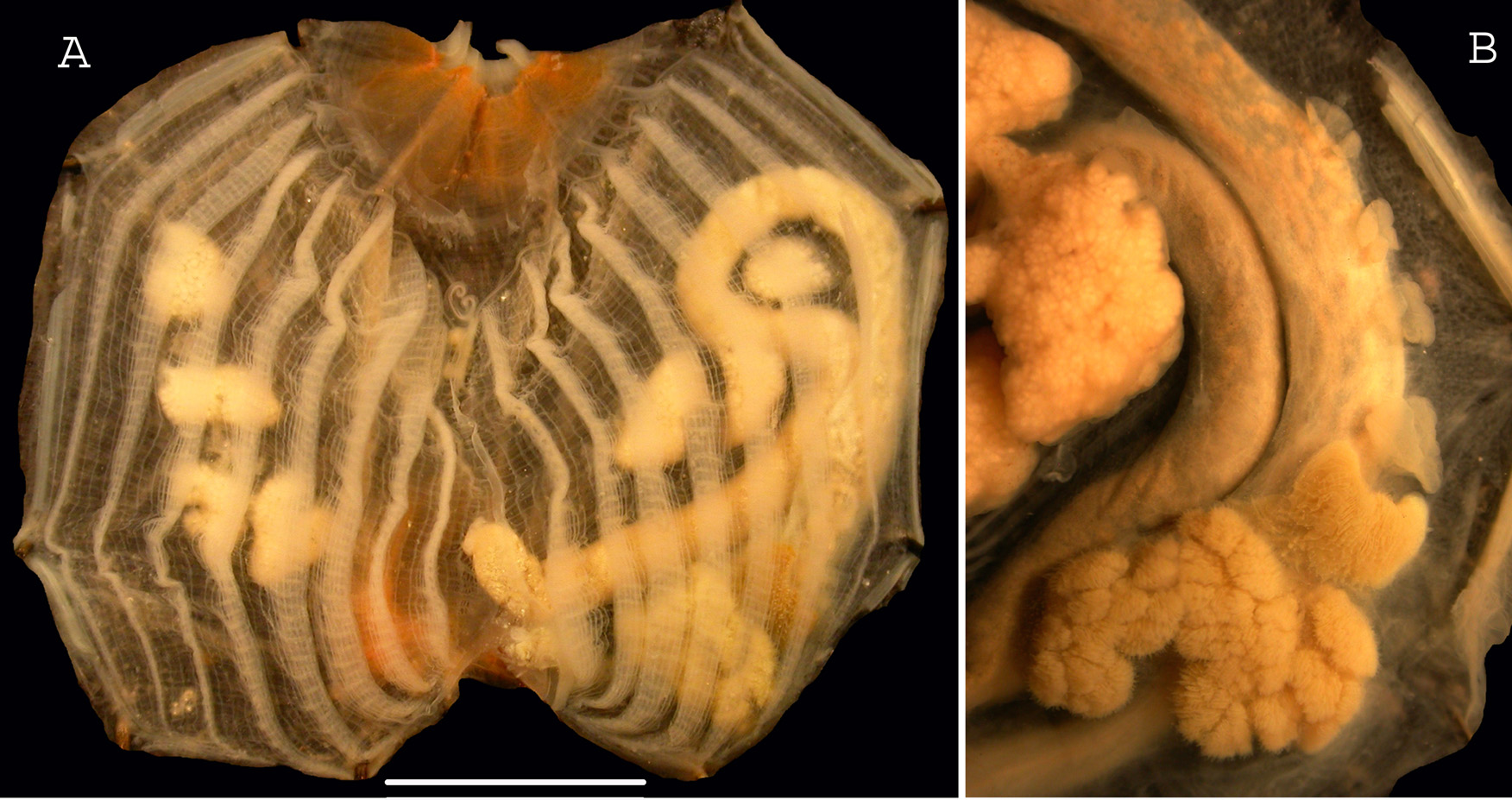