Etymology. The name of this species is derived from the name of Baoan District, Shenzhen City, Guangdong Province, China.

A pair of elongated oval-shape testes is located one at each side of the anterior 50% position of the intestine. Mature sperm are 110–130 µm in length. The lengths of feeler, body and shaft of the sperm are 38–45 µm, 23–27 µm, and 43–57 µm (n=3), respectively. The sperm has no brush at the posterior end, but has a pair of bristles in the body part ( Figs. 8 View FIGURE 8 D, 10F). The false vesicula seminalis, vesicula seminalis, vesicula granulorum are arranged in a left- to right-hand sequence in the posterior part of the body ( Figs. 5A View FIGURE 5. A , C, 6B). The spherically-shaped vesicula seminalis is surrounded by a muscular wall that is 6–8 µm in thickness in squashed samples. The penis stylet is “J”- shaped and connects to the posterior end of the vesicula granulorum, and points towards the male gonopore at its distal end. The curved-line (marked as ‘a’) and straight-line (marked as ‘b’) distances between the base and distal end of the penis stylet are 171 ± 45.8 µm (n=5) and 140 ± 38.2 µm (n=5), respectively. The penis stylet is slightly broader at the base end, and gradually narrower towards distal end. The diameters of basal, middle and distal parts of penis stylet are 25 ± 4.3 µm (n=5), 13 ± 2.9 µm (n=5) and 6.2 ± 0.7 µm (n=5), respectively. The penis stylet bends 90° leftwards at 75% of its length. The inner wall of the arc-shaped distal end of the penis stylet is somewhat similar to that of M. tuba (von Graff 1882) . In the new species, the external wall of distal end is thickened and bents outwards into a hook-shape ( Figs. 8 View FIGURE 8 A–C, 10D–E).

For the female reproductive system, a pair of ovaries is located one at each side of the posterior region of the intestine. Their size varies according to the state of sexual maturity. In living specimens, the ovaries usually extend forwards to meet the testes, but they are usually separated in histological sections, possibly due to shrinkage of the specimen ( Figs. 7 View FIGURE 7 B, 9A). The female antrum, which is involved in egg laying, also varies in size according to the state of sexual maturity. Its epithelium is thickened, but the cellular valve is not found from the histological sections ( Figs. 9 View FIGURE 9 D–E). The female gonopore, which is the opening of female antrum, is surrounded by numerous cement glands ( Fig. 9 View FIGURE 9 D).

Discussion. To date, approximately 200 species of Macrostomum have been recorded worldwide (http:// macrostomorpha.info/). Around 50% of the species were found in freshwater, while 30% from brackish-water and marine environments. The taxonomic study of Macrostomum in China started relatively late. To our knowledge, all of the 10 Macrostomum species previously discovered in this region were from fresh-water environment, while brackish-water and marine species has never been recorded from China.

In this work, the two new Macrostomum species, namely M. zhujiangensis n. sp. and M. baoanensis n. sp., were described from brackish-water environments in Zhujiang River Estuary, representing the first descriptions of brackish-water Macrostomum species in southern China. The identification and classification of these species were based mainly on the distinct features of their penis stylet and for M. zhujiangensis n. sp. also on 18S rDNA phylogenetic analysis. According to the analysis of sperm and stylet morphology conducted by Schärer et al. (2011), both new species should be categorized into Macrostomum clade 2 that are characterized by having bristle sperm and non-needle-like penis stylet. These features are evolutionary correlated with reciprocal copulation, which is considered to be less evolutionary stable and has greater diversification. These results indicated the importance of increasing taxon sampling of Macrostomum in this relatively seldom studied area should contribute a better understanding of their phylogeny. Since the sampling localities are only a small part of the Pearl River Delta characterized by a wide variety of freshwater and marine habitats, more systematic sampling should result in the discovery of more undescribed species. 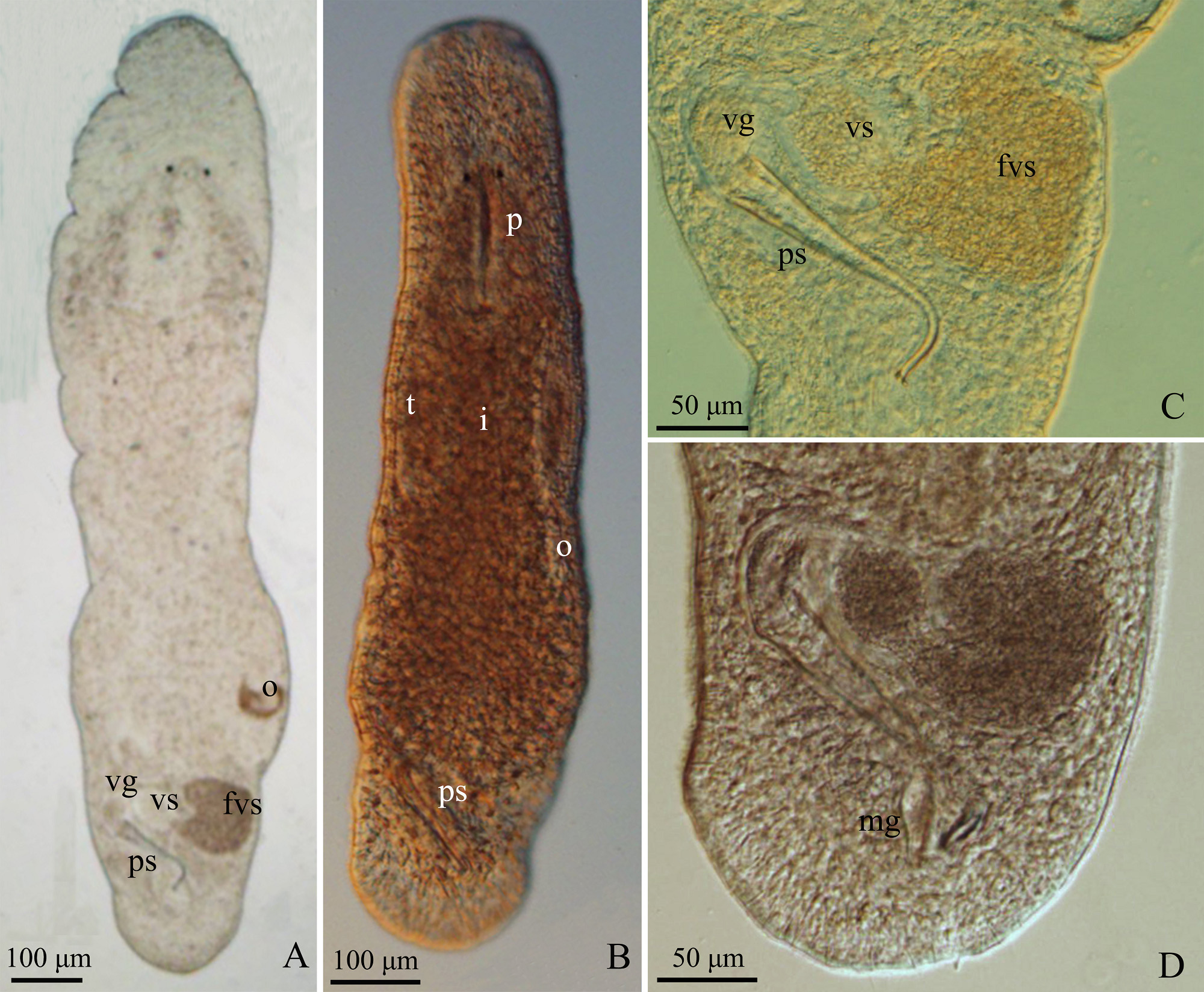 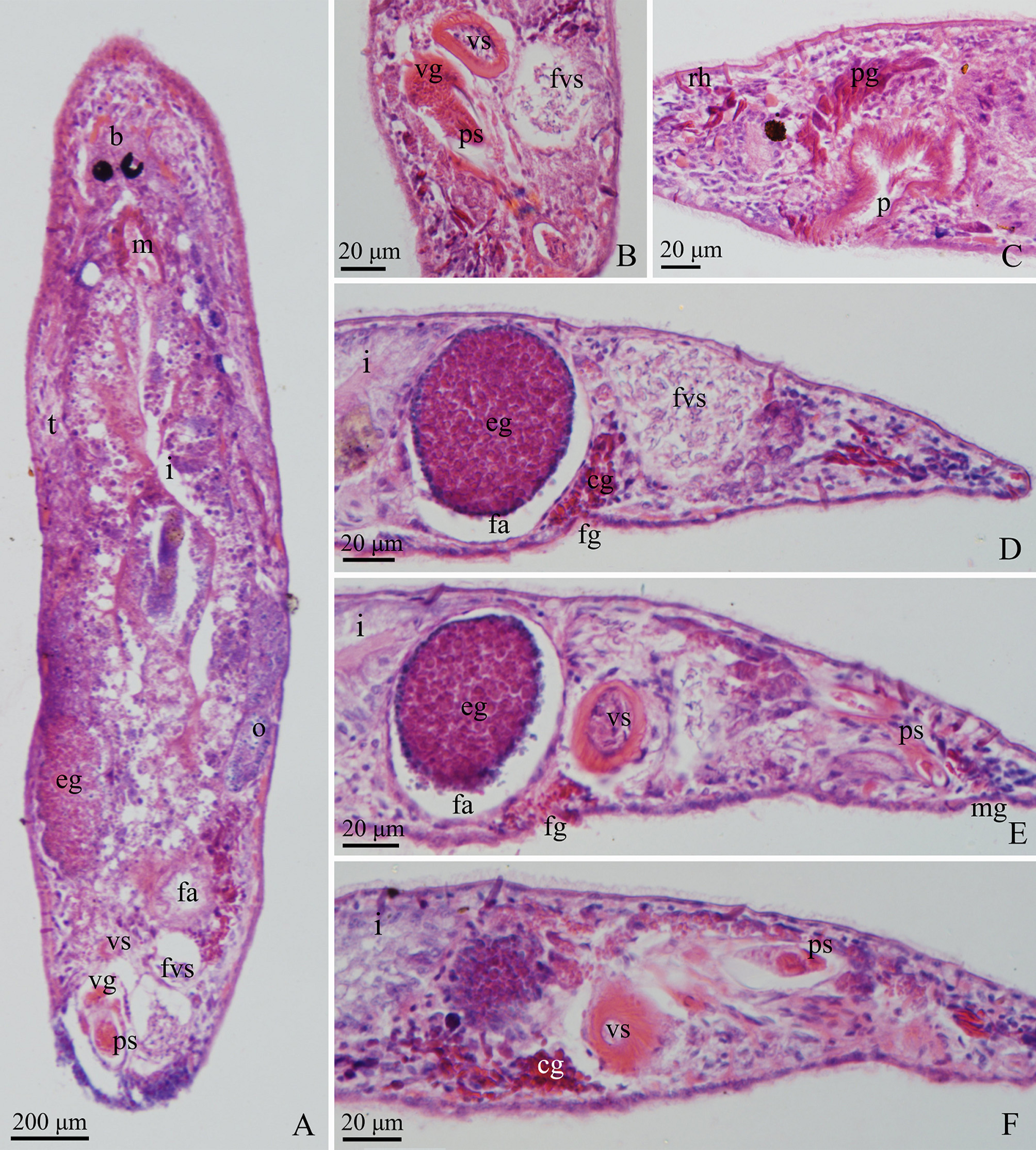 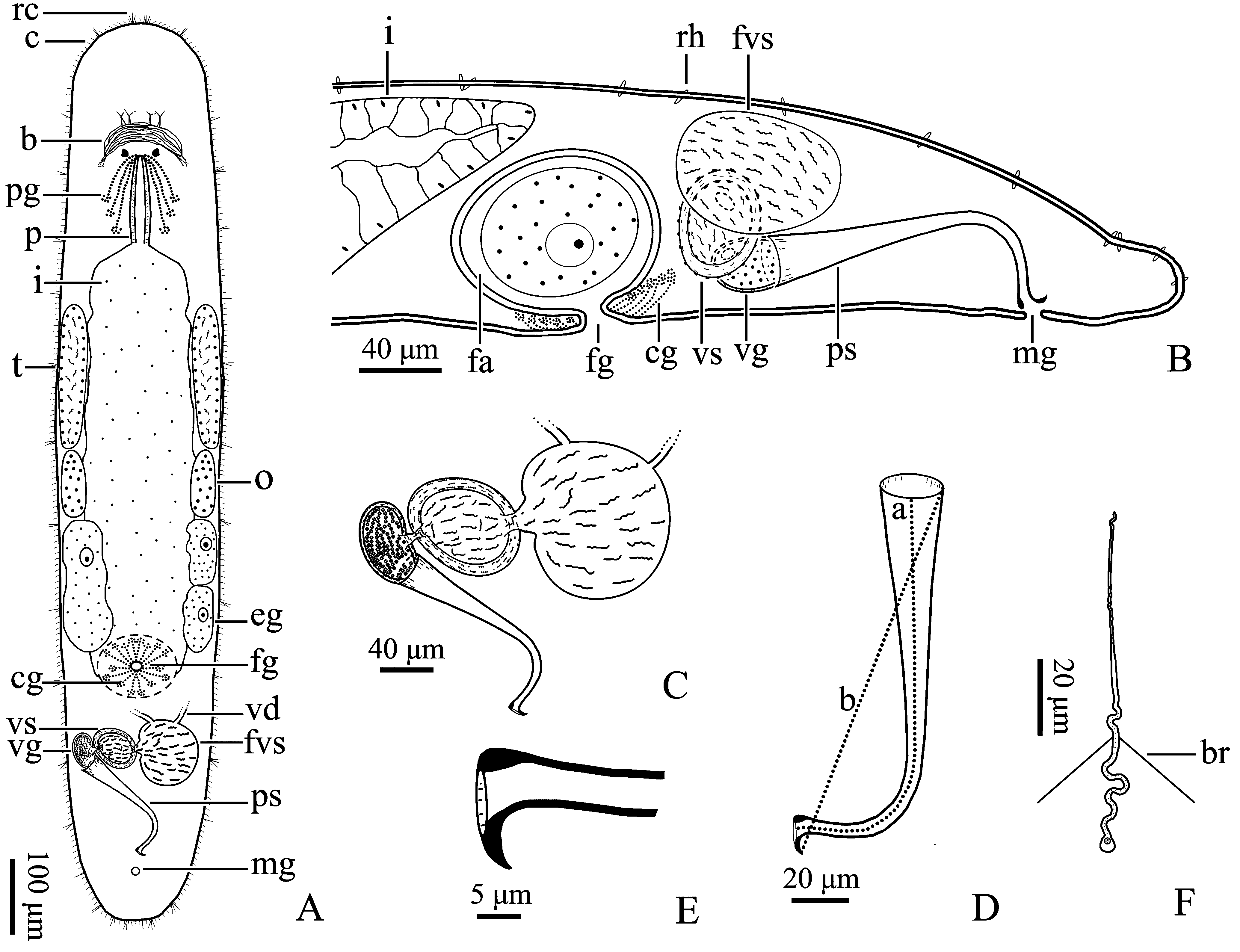 TABLE 2. Comparison of the penis stylets among Macrostomum baoanensis n. sp. and other 7 similar species within the genus Macrostomum.