Diagnosis. The new species belongs to the large and almost cosmopolitan Stigmella salicis  species group (sensu lato, including the former Neartic S. fuscotibiella  group), in which species diagnosis sometimes is difficult and most often (but not only) relies on shape and number of cornuti. In male genitalia, S. sexcornuta  sp. nov. most closely resembles the Japanese S. azusa Hirano  , a Salix serissaefolia  feeding species recently described from Honshu, Japan ( Hirano 2010). However, from S. azusa  and the remaining species of the S. salicis  group, S. sexcornuta  sp. nov. differs in the number and shape of cornuti: three cornuti are very broad and loose, three remaining are narrowed or very slender and form a cluster.

Etymology. The species name is derived from Latin sex (six) and cornuti (horns/cornuti) in reference to the characteristic/diagnostic number of six cornuti on the vesica in the phallus of the male genitalia. 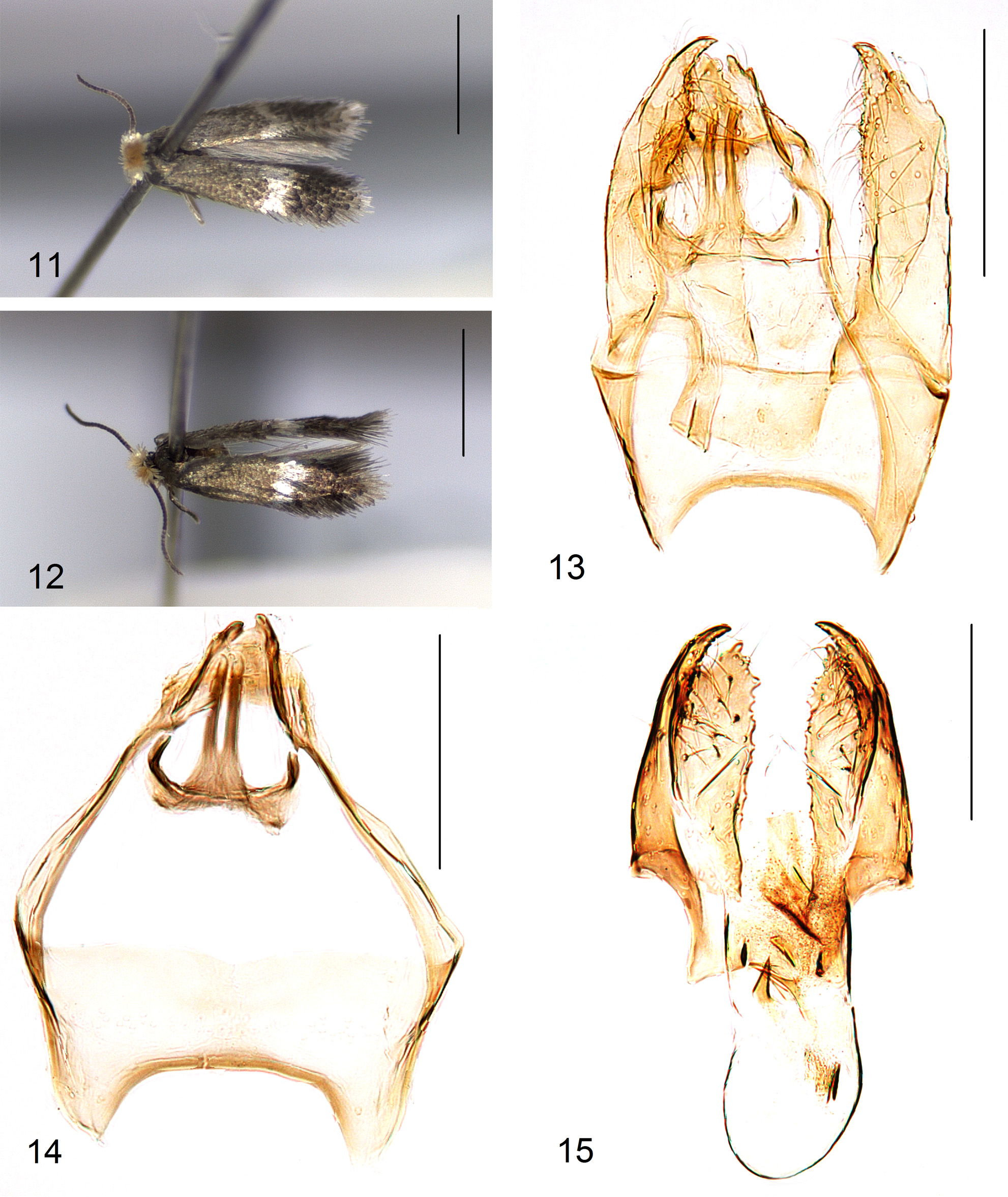 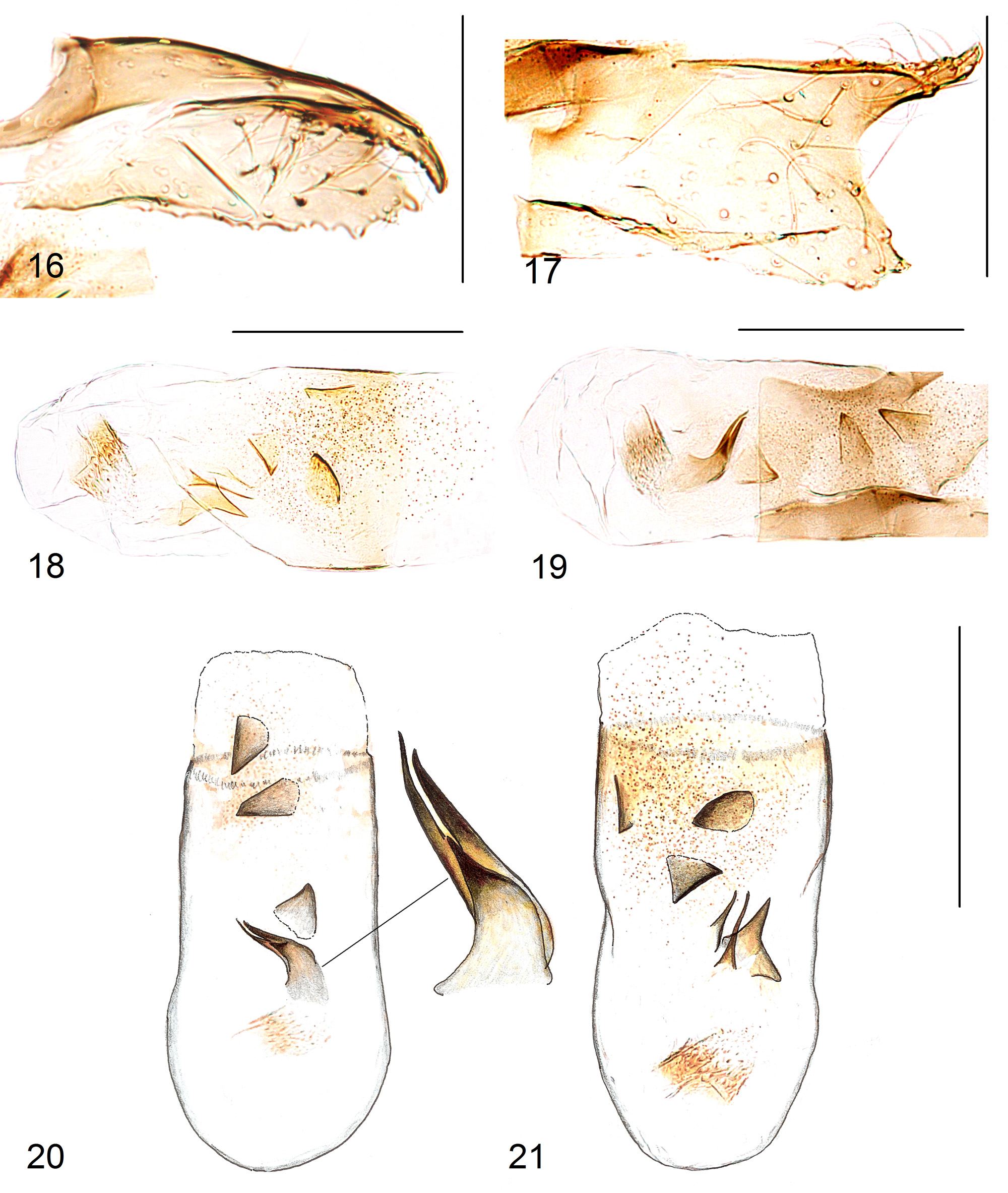