Remarks: Due to the presence of three pairs of knob­shaped protrusion at the margin of the gnathosomal bay ( Fig. 4View FIGURES 1 – 6, 9View FIGURES 8 – 9), a rather long medial suture line of Cx­ 2 + 3 in males, the slender chelicera (Fig. 7) and the distal margins of P­ 2 and P­ 3 bearing at least one pointed denticle ( Fig. 2–3View FIGURES 1 – 6), the Iranian specimens show a general conformity with descriptions given for M. algeriensis  by Lundblad (1942) and Di Sabatino et al. (1992). Differences are found in relatively longer shoulder plates (shoulder/frontal plate L 1.9 –2.0) and the medial suture line of Cx­ 2 + 3 ratio in male exceeding the maximum stated for M. algeriensis  . The female of M. algeriensis  from Iran differs from specimens from Southern Italy in the remarkably wider frontal plate, L/W ratio 1.23 ( Fig. 8View FIGURES 8 – 9). In view of the good agreement in other measurements these differences are most probably age­depending and/or due to geographical variability.

Biology: According to Di Sabatino et al. (1992), of all torrenticolid species found in Italy, M. algeriensis  is most tolerant against high water temperature, elevated electrolyte load and low downflow in summer: it was found in first order stream running from thermal spring or canalized streamlets with a high proportion of clay sediment ( Di Sabatino et al. 1992). Also the collecting site in Iran is a first order stream running from thermal spring, where M. algeriensis  was the only water mite species present. 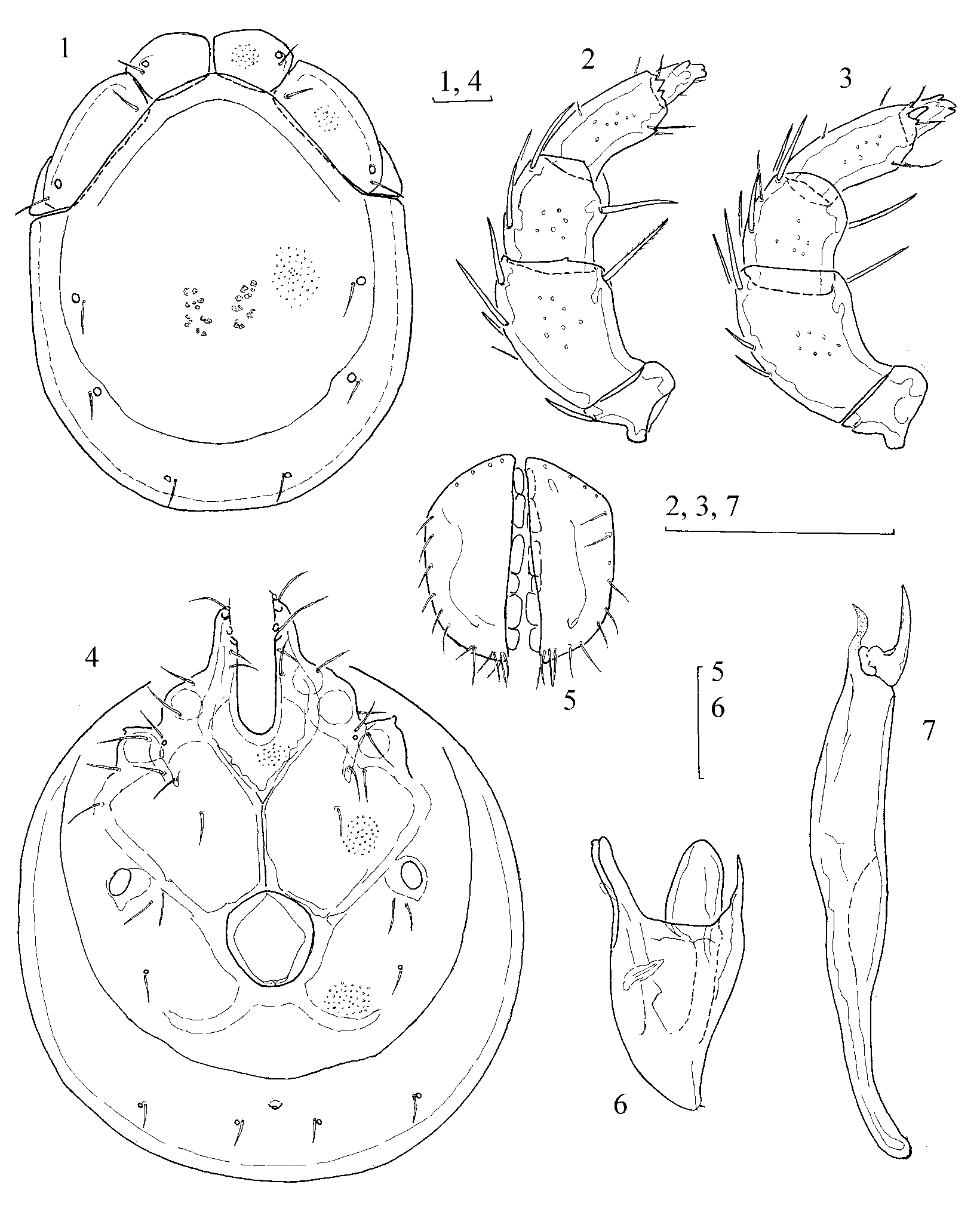