This cancellothyridide brachiopod is characterized by an elongate-oval outline and numerous fine ribs. It was already noted by Laurin (1997) from the Norfolk Ridge. Terebratulina pacifica  is one of the most widely distributed species in the studied material, being found on eight seamounts ( Tables 1, 2) at depths of 228 to 550 m ( Fig. 14View FIGURE 14). The species is common off Japan ( Hatai 1940; Zezina 1981 a). 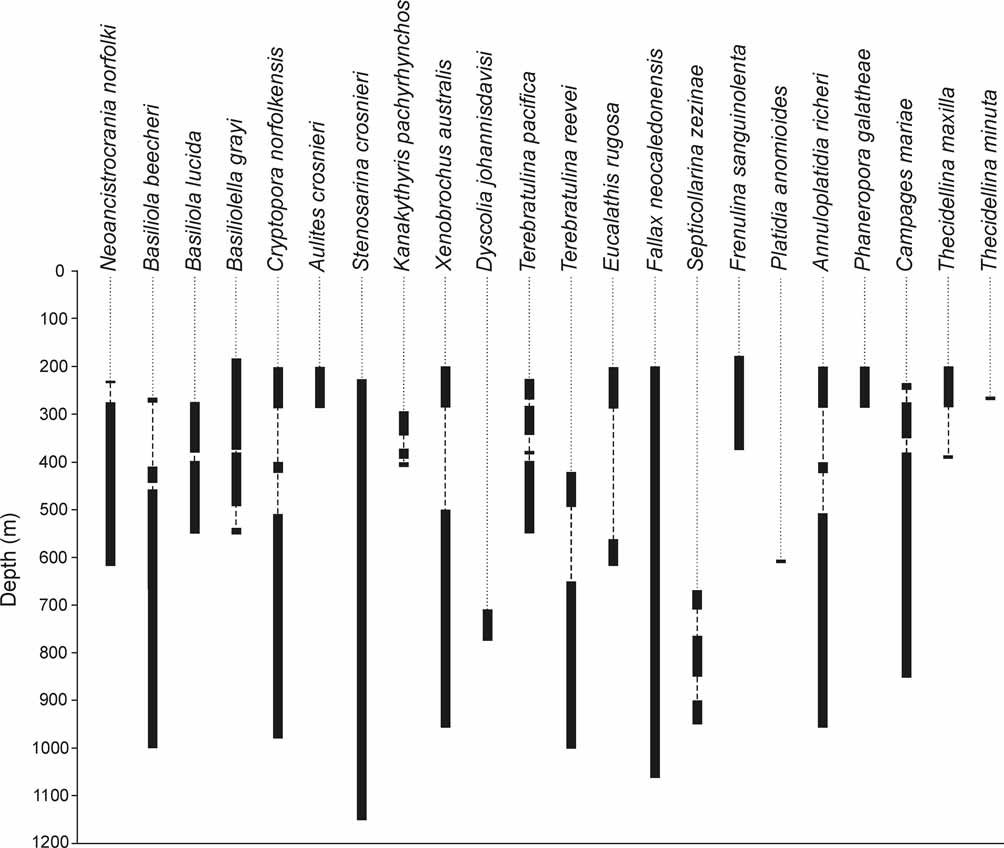 FIGURE 14. Depth ranges of particular brachiopod species collected during the Norfolk 1 and Norfolk 2 cruises to the Norfolk Ridge, New Caledonia. 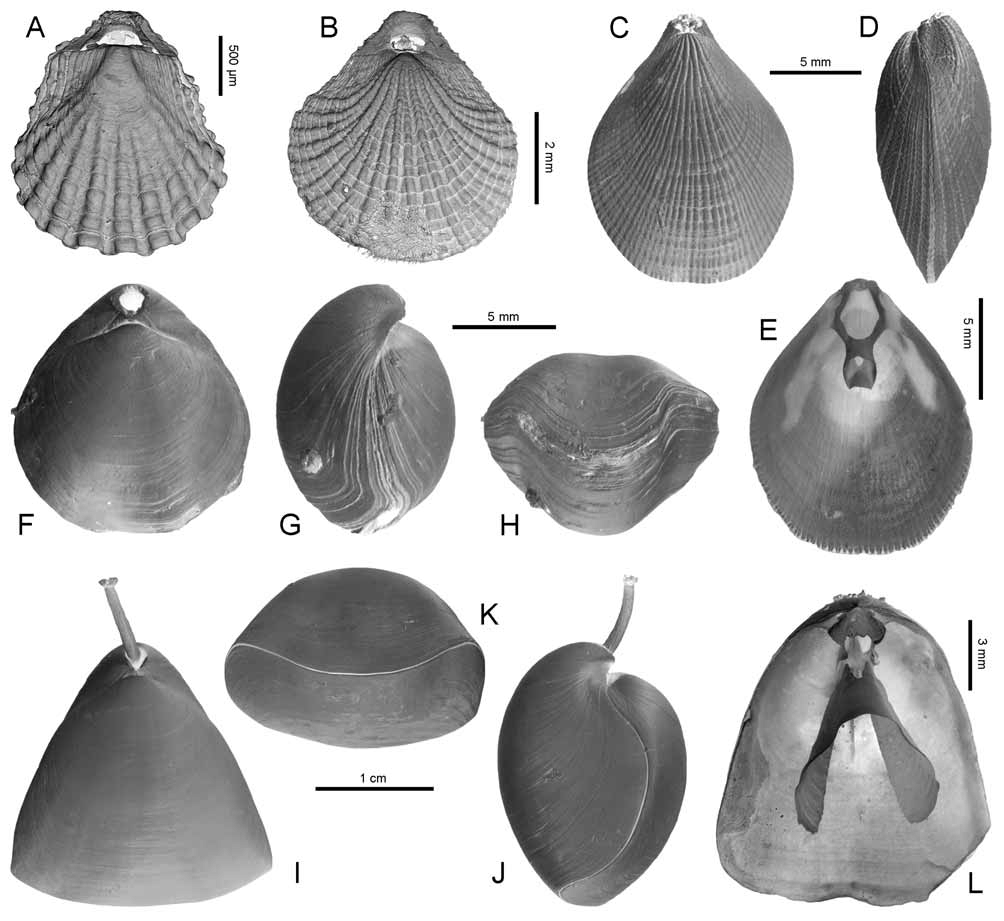