Phenology and voltinism. Larvae feed in early summer, with adults emerging beginning in mid-July. Later generations have not been observed.

Comments. The only previous record of a North American Melanagromyza from Verbena was that of an unemerged male of an apparently undescribed species that was said to be entirely black, extracted from a stem of V. scabra Vahl in Florida ( Spencer & Stegmaier 1973). It was noted that “The posterior spiracles of the puparium each bear ten bulbs, without a central horn; the two processes are separated by twice their own diameter.” Unfortunately no puparia of M. verbenivora have been preserved for comparison. Melanagromyza verbenae Spencer was described from adults caught on V. litoralis Kunth in Chile, and due to the general similarity of the male genitalia with those of the Florida specimen, Spencer (1982) considered it certain that this plant was the larval host and presumed that the Chilean species is likewise an internal stem borer. Spencer (1990) referred to the two species as “related or possibly identical”.

Using Spencer & Steyskal (1986), some specimens of Melanagromyza verbenivora key to M. longensis , which also has three ori and a similar phallus, but in that species, the arista appears bare (not minutely pubescent), there are about eight rows of acrostichal setulae, the basiphallus nearly forms a complete ring, and the dorsal chamber of the distiphallus is more rounded dorsally (not flat) and constricted apically (not broadly open). Other specimens will key to M. verbesinae , but in this species there are two ori, the ocellar triangle does not reach the posterior ori, and the distiphallus is widest apically. The gena is slightly angled forward as in M. buccalis Spencer , but not as prominent; M. buccalis is slightly smaller (wing length 1.9–2.5mm), there are two to four ori (widely spaced if only two), there are only eight rows of acrostichal setulae and the phallus is narrower. 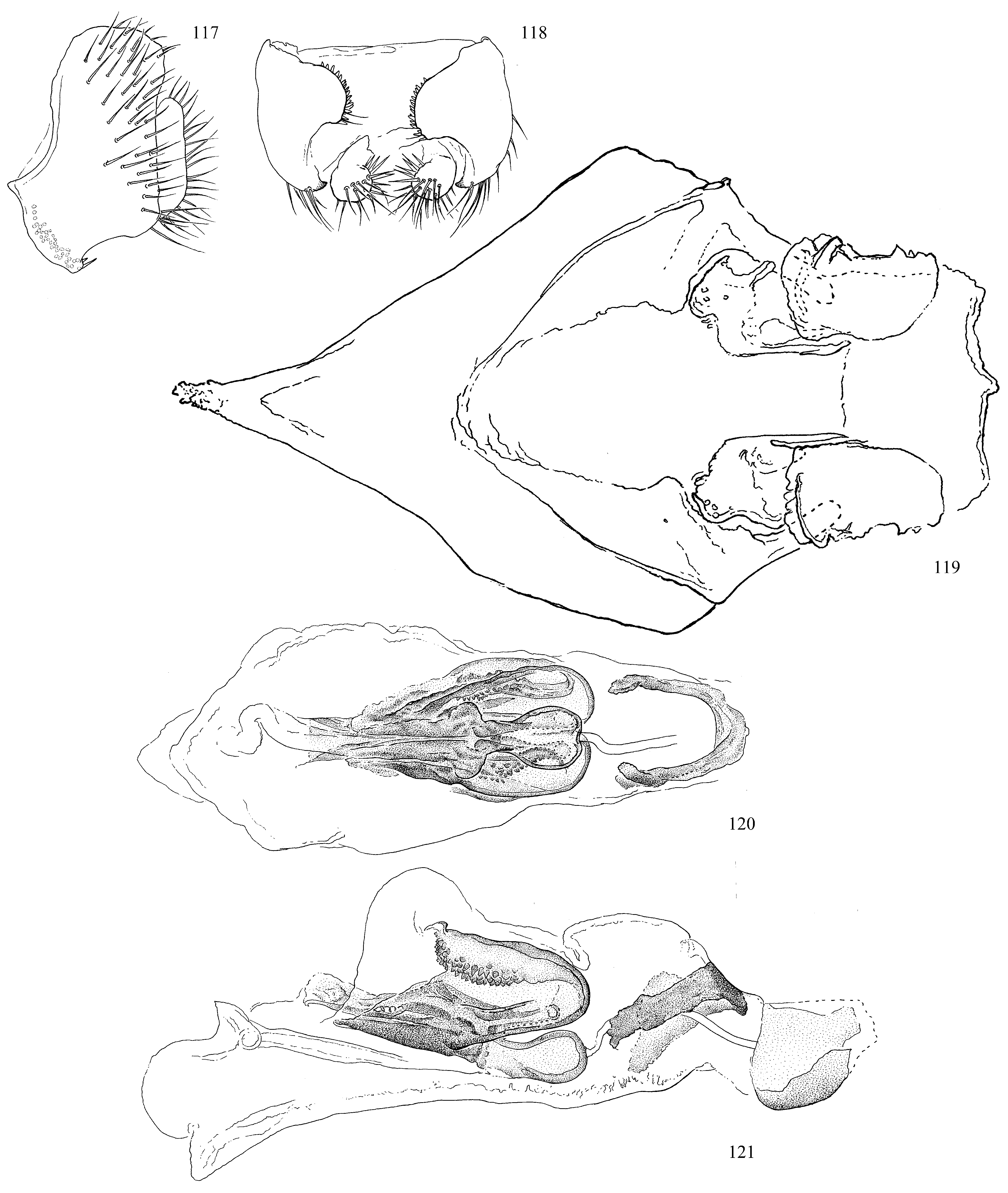