Schwartz, Michael D., 2011, Revision And Phylogenetic Analysis Of The North American Genus Slaterocoris Wagner With New Synonymy, The Description Of Five New Species And A New Genus From Mexico, And A Review Of The Genus Scalponotatus Kelton (Heteroptera: Miridae: Orthotylinae), Bulletin of the American Museum of Natural History 2011 (354), pp. 1-290 : 111-113

DIAGNOSIS: The male is distinguished from congeners by the conspicuous central hyaline section of the hemelytral membrane; clear region somewhat obscure in the much smaller membrane of the female (pl. 2). In addition to the membrane, the pale to golden dorsal vestiture (pl. 4H), the legs with mostly darkened femora with pale apices, pale tibiae, and black tarsomeres (fig. 12), black antennal segment I, antennal segment II longer than the width of the head, and the endosomal spicule with a narrow distal portion of the ventral lobe (fig. 24A, B), will serve to separate S. fuscomarginalis from the other apache -group species.

HOSTS: Most known specimens were taken on big sagebrush, Artemisia tridentata ( Asteraceae ), which is considered to be a breeding host. No specimens were associated with any of the six accepted subspecies of A. tridentata . Gutierrezia sarothrae and, perhaps, other species of Artemisia are probable asteraceous hosts of S. fuscomarginalis in southern Nevada.

DISTRIBUTION: From the eastern portion of the Snake River plain of northern Utah and southern Idaho and isolated populations in mountain ranges of the central Great Basin in Nevada ( map 4 View Map 4 ).

COLLECTION SUMMARY: 32 specimens from 6 collection events from mid May to late June.

DISCUSSION: Although the male genitalia of this species are similar in form to those of other apache -group species, the endosomal spicule appears to have features, unknown in related species. In comparison to other apache -group species the distal (recurved) portion of the ventral lobe is longer, more narrow, and serrate for a greater distance, whereas the dorsal lobe is distally entire, pointed, and with little or no marginal serration (fig. 24A, B). The right paramere is similar to that of S. apache and S. croceipes , but has three apical spines and a bifurcate basal lobe. The clear medial spot on the hemelytral membrane of the male, initially noticed by Knight (1970), is absent in all other species of Slaterocoris . The fact that S. fuscomarginalis is strongly sexually dimorphic was unknown to Knight (1970).

A male paratype from Snowville, Utah (00111893) was incorrectly attributed to S. fuscomarginalis . The hemelytron coloration of this specimen has a diffuse central spot without an obvious dark border. The male genitalia also differ from other specimens examined, in having the dorsal lobe of the endosomal spicule wide apically with several large apical serrations and the basal lobe of the right paramere entire. A female (00122276) from the same collection event was found in the USNM. Antennal segment I is mostly pale in both specimens whereas in S. fuscomarginalis segment I is black. Both specimens are actually S. apache . 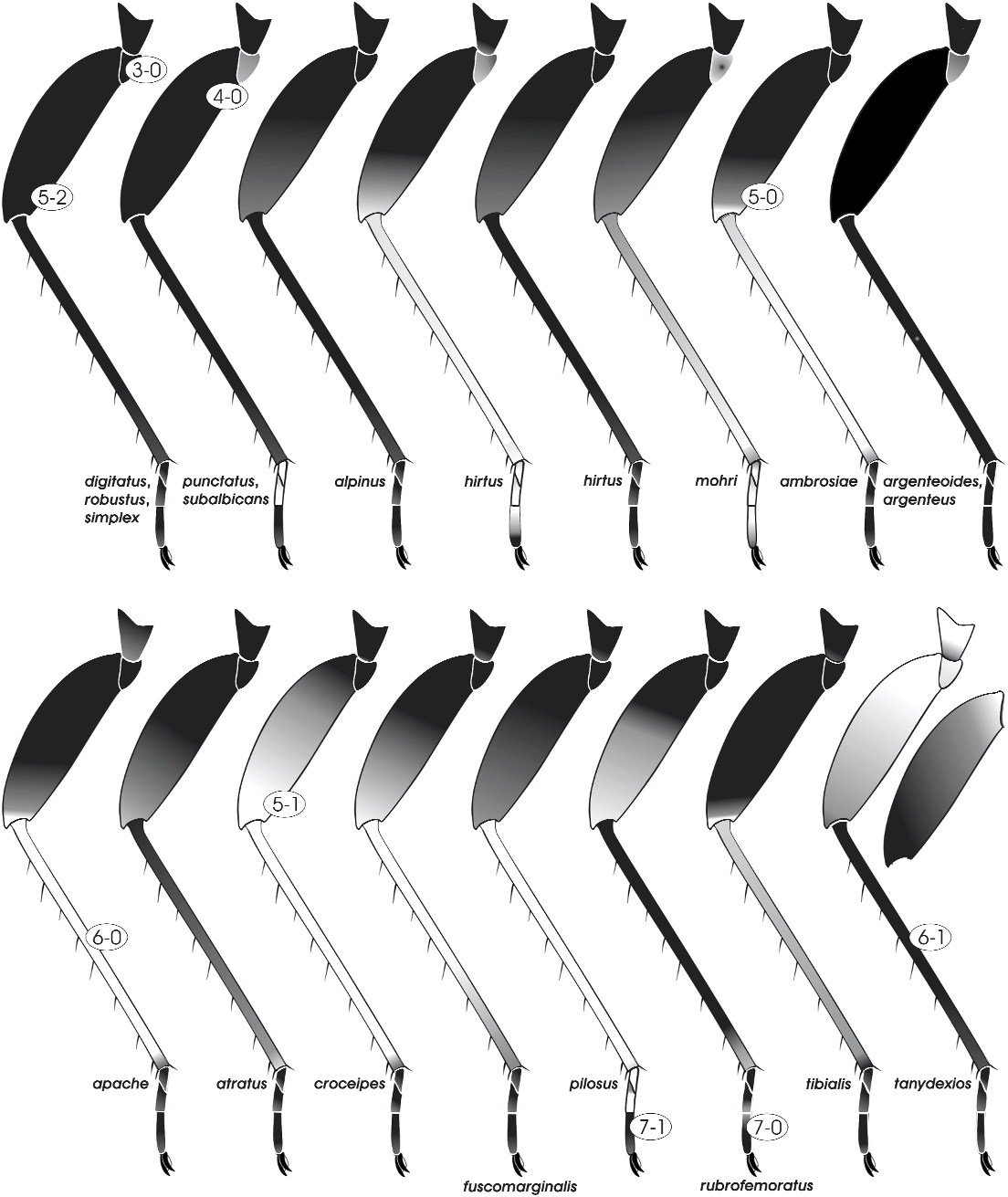 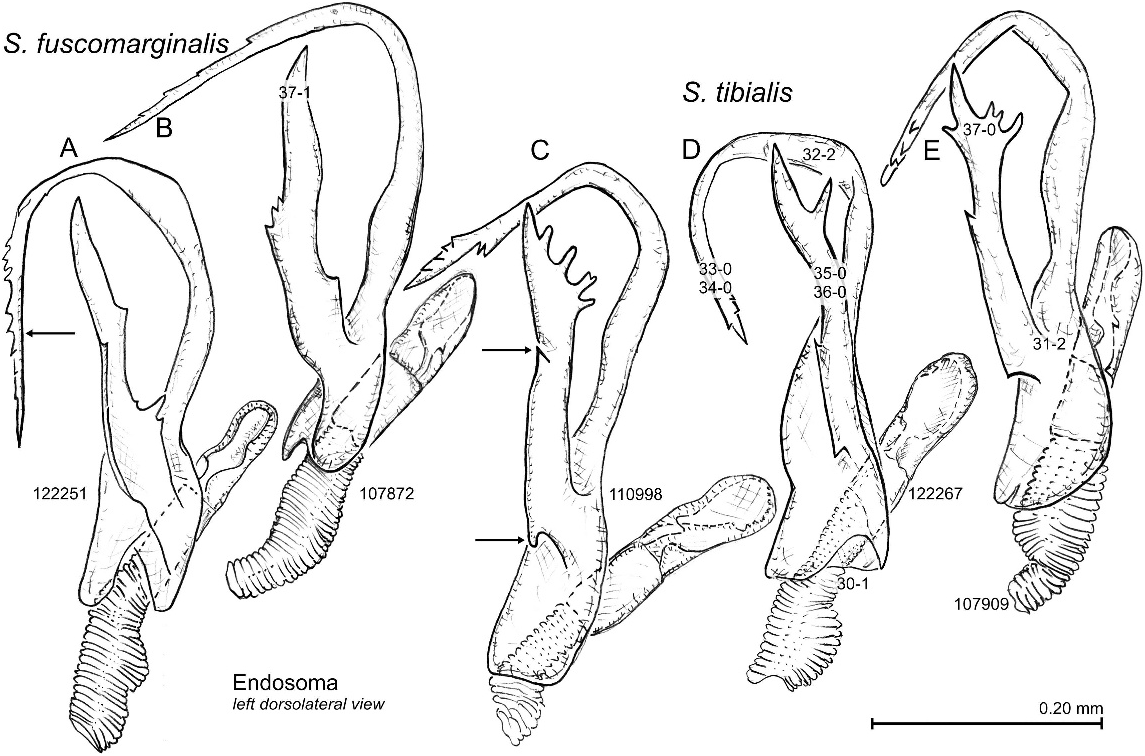