Diagnosis. Adult ( Fig. 7View FIGURES 1 – 8). Wingspan 39 mm. This unknown species is close and similar in appearance to B. biformis  and B. hemodoides  , but differs from both by the structure of female genitalia, particularly by shape of antrum and antevaginal plate, shape of sclerotised area in joining of ductus with corpus bursae and by shape of corpus bursae. Female genitalia ( Fig. 45View FIGURES 41 – 45). Ovipositor quadrangular; apophyses anteriores and posteriores ones moderate long and equal in length, rather strong; antrum much narrower than in B. biformis  , but broader than in B. hemodoides  , strongly split; lateral sides of the antevaginal plate form two acute sclerotised protuberances; ductus bursae longer and broader than in B. biformis  and B. hemodoides  ; the area in joining of ductus with corpus bursae less sclerotised, but more ribbed and more amorphous compared with two those species; corpus bursae broad, constricted to its caudal part, with prominent extension in caudal part, much bigger than in B. hemodoides  .

Distribution and bionomics. Irian Jaya (New Guinea). The species was collected in the primary forest in May.

Note. Althouth the species substantively differs by female genitalia from its allies, we cannot describe it before collecting more material sufficient for description.

Diagnosis. The new species is close to B. biformis  and B. hemodoides  , while the ground wing colouration is more similar to B. biformis  . Externally it differs from the last by darker blackish subbasal field, smaller medial and subterminal patches in costal area and by expressed orbicular as white spot and reniform as white spot with black dot. In male genitalia it differs from both species by broader valva, with broader sclerotised part, broader harpe and structure of aedeagus and arming of vesica.

Male genitalia ( Fig. 34View FIGURES 32 – 34). Compared with B. biformis  and B. hemodoides  the new species has somewhat longer uncus, which is more solid than in B. biformis  , broader valva with less developed coremata, wider sclerotised area, shorter and more flat juxta. Aedeagus with dorsal branch of carina bearing very short extension much smaller than in B. hemodoides  ; vesica basally bulbous, apically tubular, with 6–8 small cornuti, irregular tiny cornuti and one separated cornutus, all are smaller than in B. hemodoides  ; ventral branch of carina with small patch of tiny spines more dense than in related species.

Etymology. The species name is given from the name of the type locality, Sulawesi Island, Indonesia.

Distribution and bionomics. Indonesia, Sulawesi Isl. The species was collected in primary forest in October. 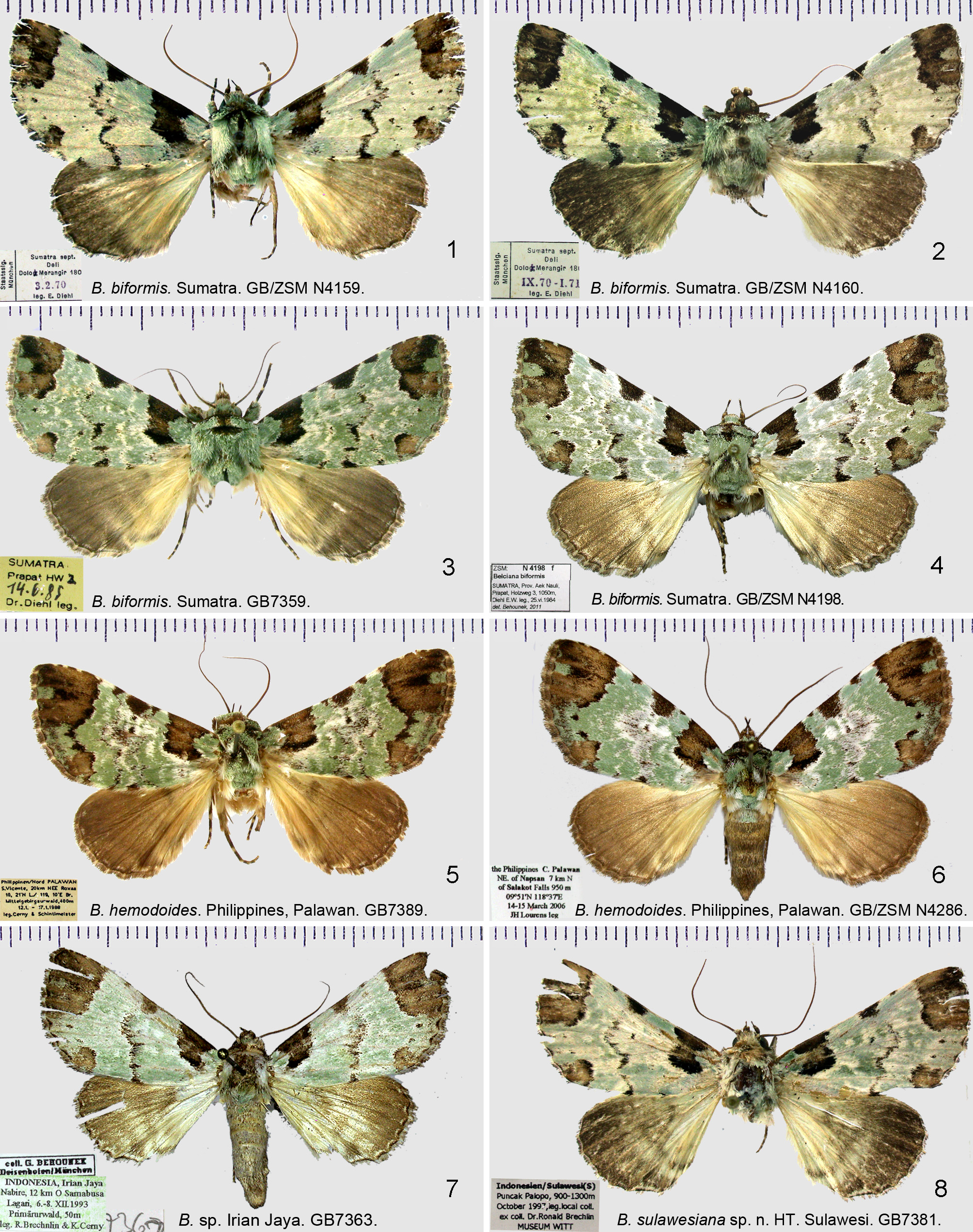 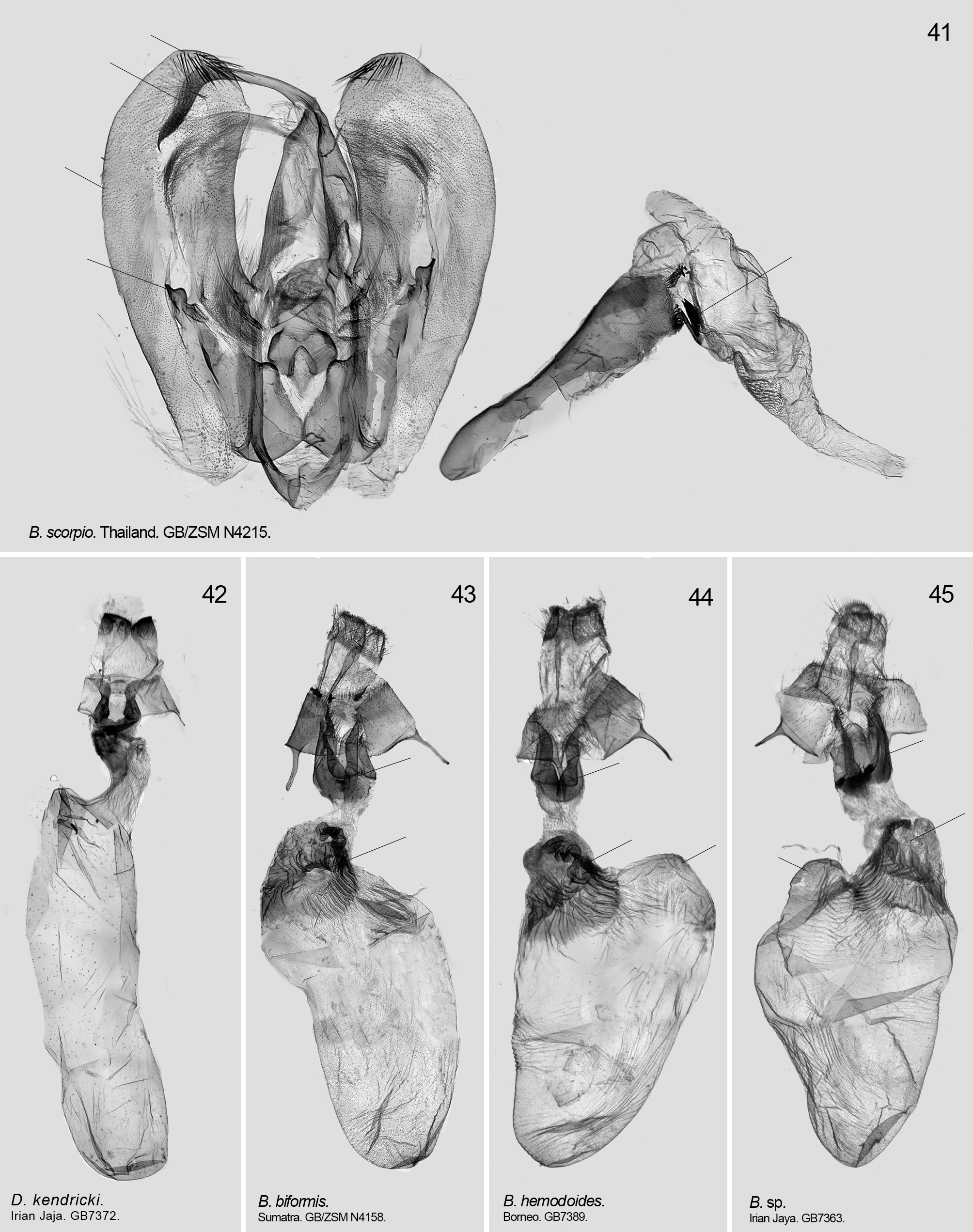