Etymology. From the Latin longi (long) which refers to the very long gonocoxal apodeme. 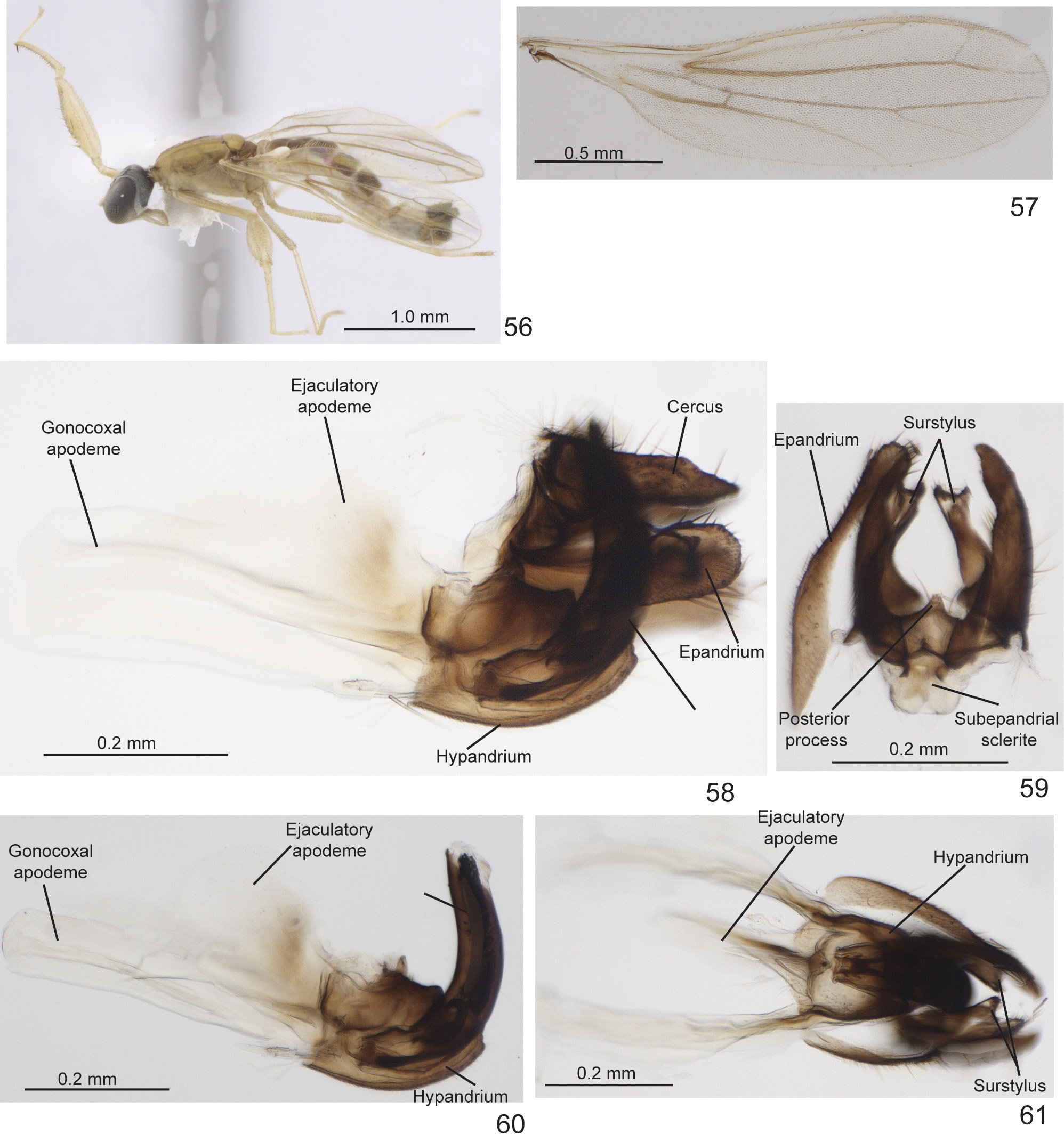