Etymology. The specific epithet is a noun in apposition and refers to " Maturaca  " stream, the locality where the specimen was collected.

Remarks. Hemerodromia maturaca  sp. nov. is similar to H. collini  sp. nov. by the R 4 + 5 fork distal to the position of the M 1 + 2 fork shorter than the length of R 4; subepandrial sclerite with 2 finger-like posterior process; and epandrium subrectagular. Hemerodromia maturaca  sp. nov. differs from the latter by the cercus is almost straight apically and phallus have no posterolateral pointed projections. In H. collini  sp. nov. the shape of the cercus being incurved apically, and phallus with two posterolateral pointed projections. 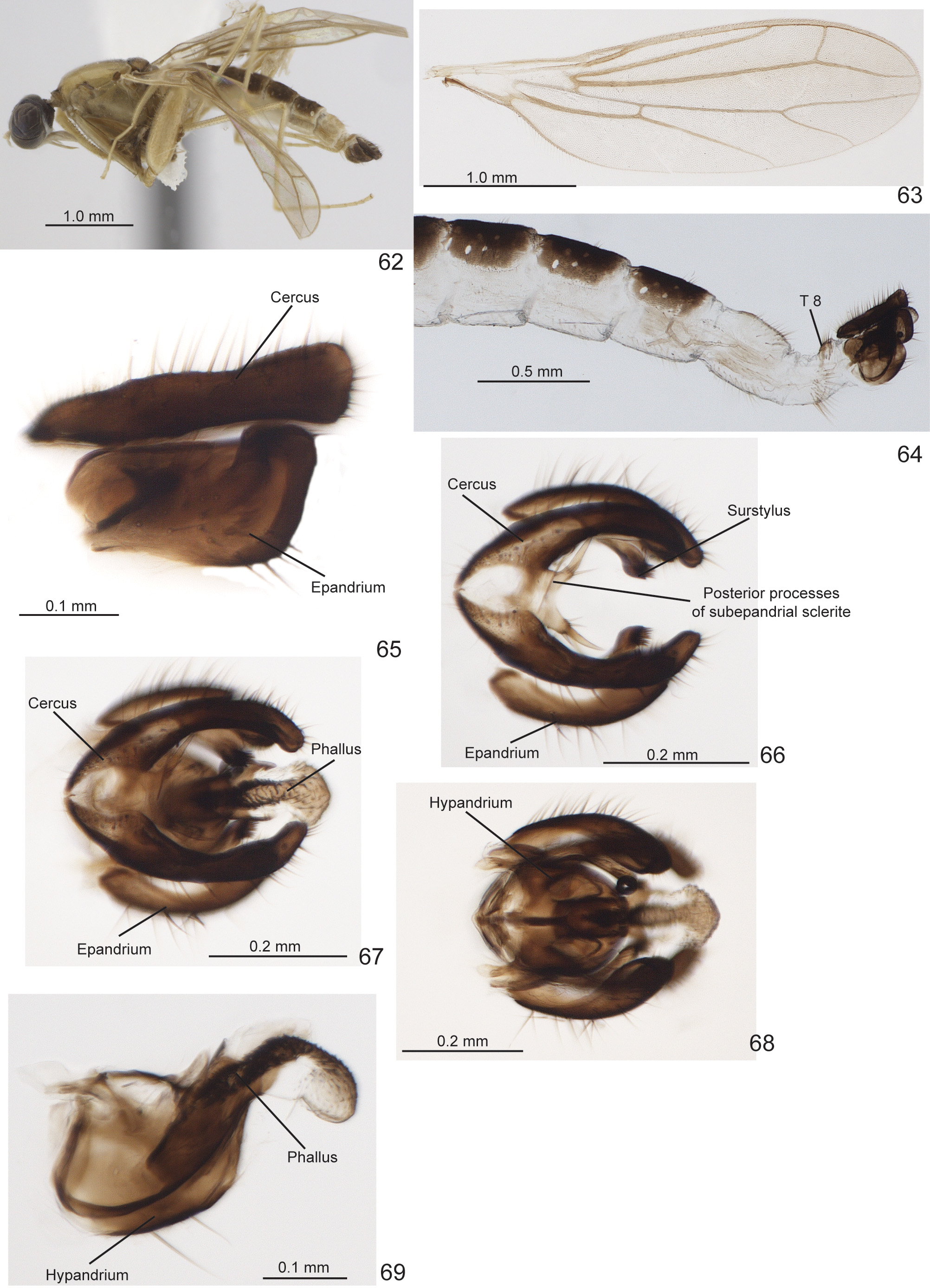