Discussion. Mycomya paraklossi belongs to the subgenus Cymomya (as discussed for M. klossi above). It is a relatively small species with some wing markings like those in M. klossi , another pale, small species. The hypopygium of M. paraklossi resembles that of M. klossi in having large, densely setose, sternal lateral appendages. The sternal lateral appendage of M. paraklossi is much larger and with stronger setae than in M. klossi or any other Oriental Cymomya , and its subapical part is distinctly wider than its basal part ( Fig. 5 View FIGURE 5 C), whereas in M. klossi the subapical part is about as wide as the basal part ( Fig. 2 View FIGURE 2 C). Mycomya paraklossi is also distinctly larger (wing length 3.4–3.6 mm) than M. klossi (wing length 2.5 mm). The holotype of M. paraklossi was collected with a Malaise trap at 1350 m in August on Mt. Apo, the highest mountain (2954 m) in the Philippines. It is a volcanic mountain with many endemic species and has been a national park since 1936.

Etymology. The species name is a noun in apposition and refers to the similarity of the species to M. klossi Edwards, 1931 . 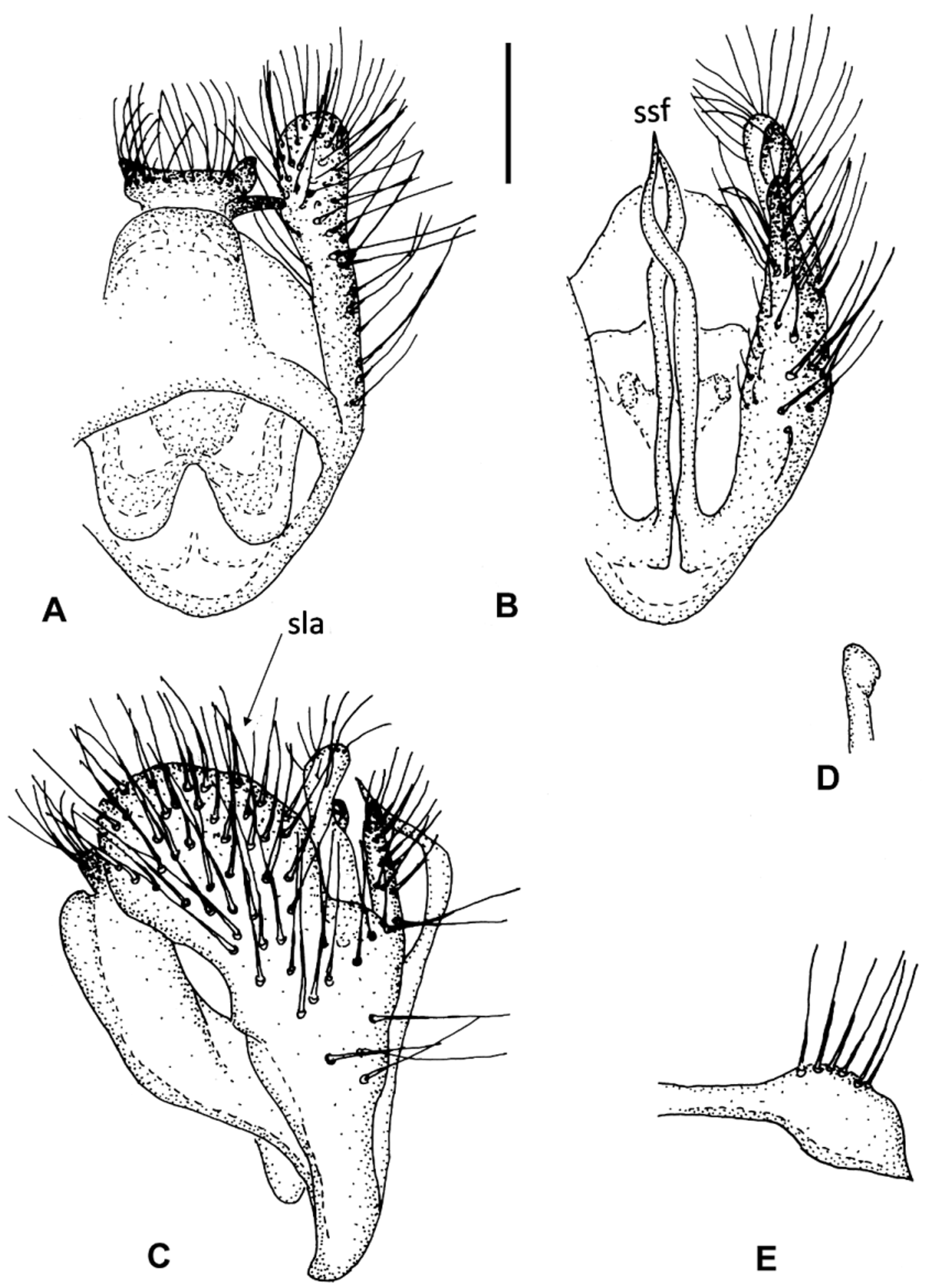