Discussion. Mycomya yatai belongs to the subgenus Cymomya (as discussed for M. klossi above). It is a relatively dark and large species (wing length 4.3–4.5 mm) with some wing markings similar to those in M. klossi and M. parakloss i. It differs from the other species of the subgenus in having a short, triangular, basally wide, apically blunt, sternal lateral appendage, in its sparse setosity of the sternal synsclerite, and in the presence of the sternal submedian filament, which is longer than the sternal lateral appendage ( Fig. 8 View FIGURE 8 B–C). M. yatai resembles the New Caledonian M. rufonigra Matile (1991: fig. 1) , which is also a large species (wing length 4.2 mm), but differs from it in having the M and Cu veins entirely bare.

Etymology. The species is named after the Japanese entomologist, O. Yata, who collected the holotype (together with A. Nakanishi). 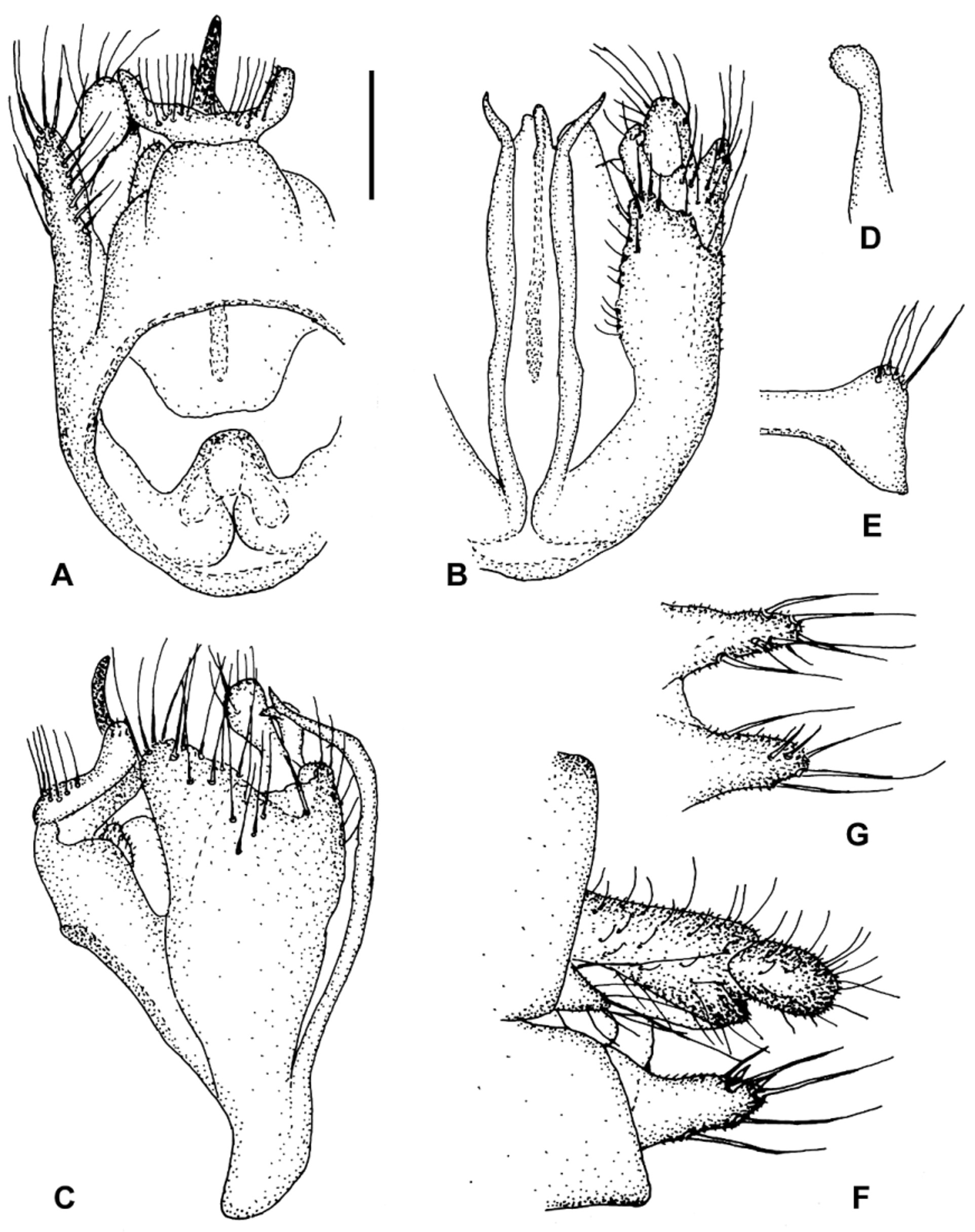