Diagnosis. Wing expanse 12.5–13.5 mm. This species is similar to E. citrinana   in appearance. The differences between the two are described under E. citrinana   . It is also similar to E. angustana   in the male genitalia, but it can be distinguished by the distinct median fascia on the forewing ( Fig. 1 View FIGURE 1 g) and an aedeagus that is twice the long as the valva with an apical projection in the male genitalia ( Fig. 3 View FIGURE 3 d). In E. angustana   the forewing has a faint median fascia ( Fig. 1 View FIGURE 1 c), and the aedeagus is 1.25 times the length of valva and has no apical projection ( Fig. 2 View FIGURE 2 c). The female genitalia are characterized by the papilla analis shorter than the apophysis posterioris, the ductus bursae as long as the corpus bursae, and the corpus bursae with larger area of sclerotization ( Fig. 4 View FIGURE 4 f).

Remarks. This species is recorded for the first time from China. 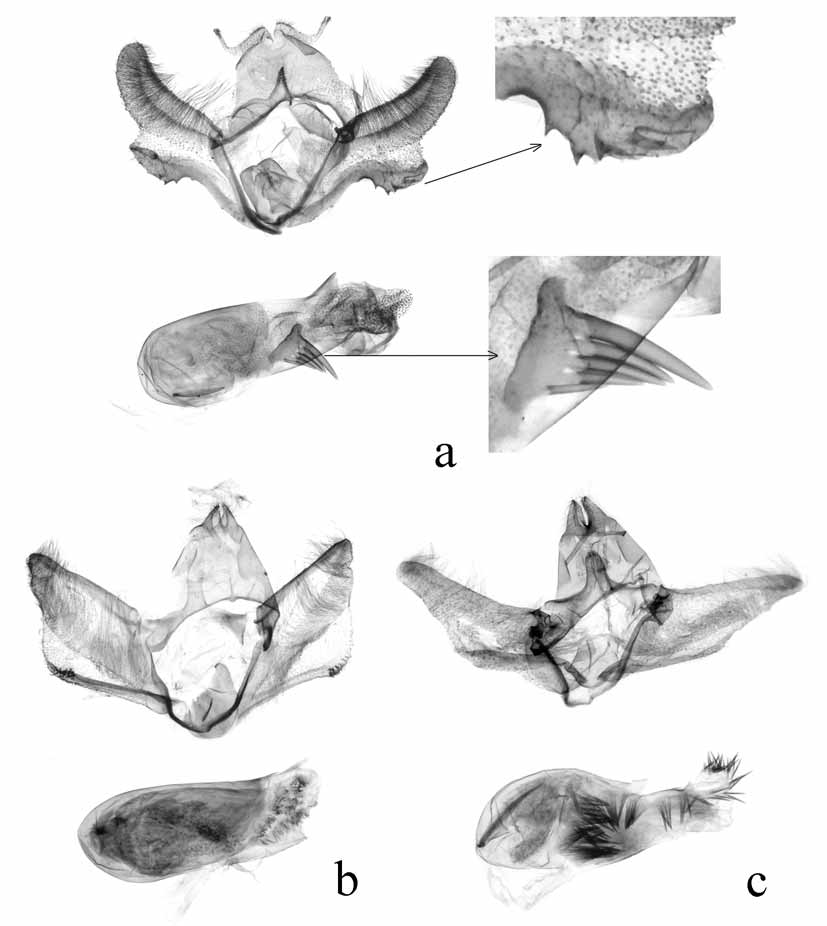