Diagnosis. The defining feature of this species involves the dorsal sclerites of the epiproct forming wing-like, laterally directed lobes that are bifurcate apically and covered by tiny spines. The outer lobes of the paraproct are also distinctive in that they curve dorsally at about half their length and then ventrolaterally, terminating in a bifurcate tip. The median lobe is sclerotized and strongly curved dorsomedially, its enlarged apex bearing several black spines.

Etymology. The specific epithet refers to the wing-shaped process on the apex of the epiproct, the Latin “ pterygos ” meaning wing and the Greek “ oides ” meaning resembling.

Remarks. The new species is quite distinct from other known species on the basis of the lateral, wing-like lobes with many tiny spines at the apex of the epiproct. 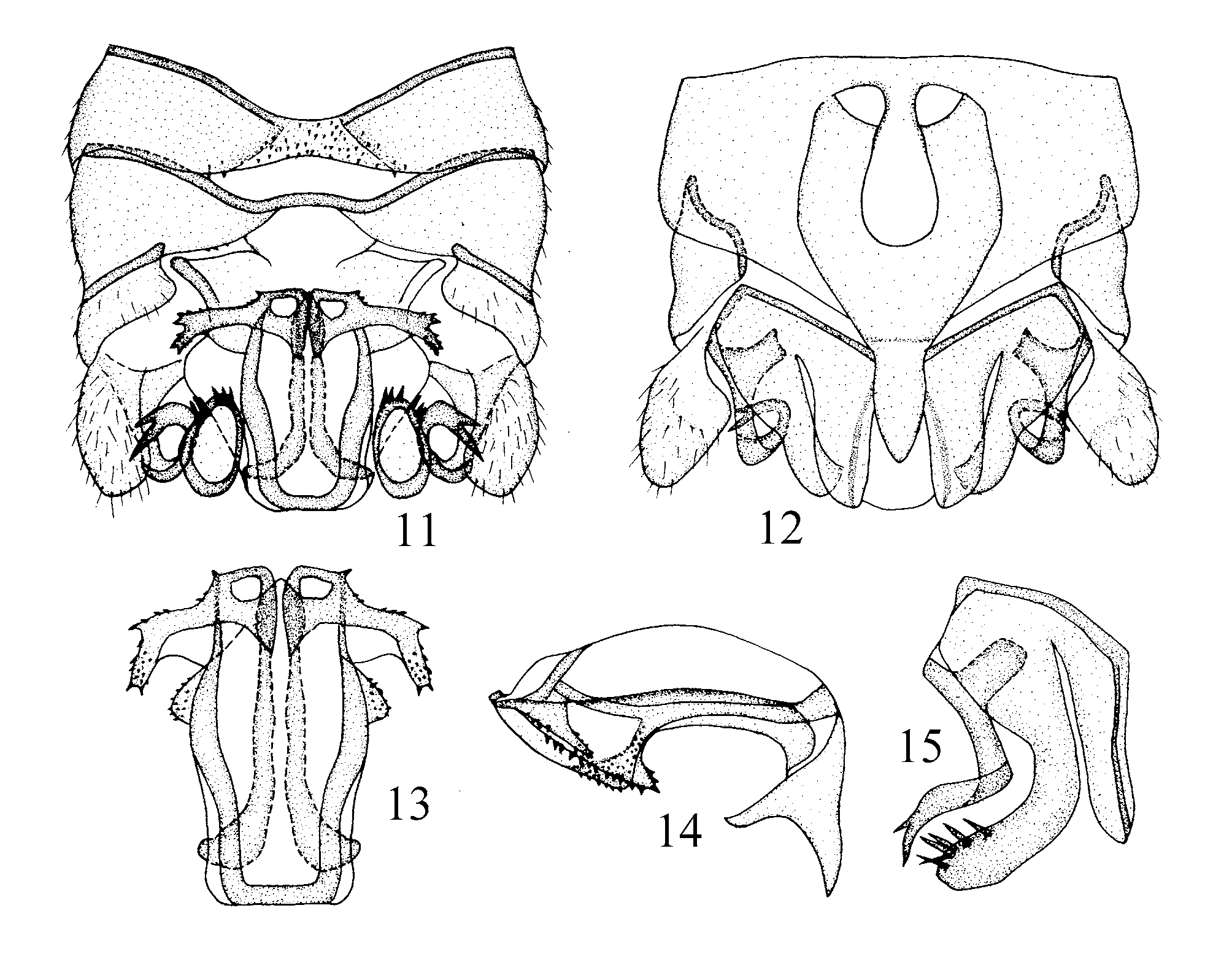