Diagnosis. The epiproct of this species is rectangular at its base, extending to an enlarged rhombic tip. Its dorsal sclerite is composed of two laterally curved arms that become truncate apically where they bear several tiny spines. The ventral sclerite extends past the dorsal one, ending in a dorsally curved projection. The outer lobe of the paraproct is distinctly sclerotized, with a finger-like tip that is fringed with two rows of spines. The median lobe has an inverted, foot-like apex that has several heavy spines at its bend dorsally.

Etymology. The epithet of this species refers to the foot-like apex of the median lobe of the paraproct; the Latin “pedis” meaning a foot and “formis” meaning shape.

Remarks. The new species is related to A. varzobi Zhiltzova, 1989  from Tadzhikistan in having a similar paraproct, but it is different from the latter in the shape of the epiproct which has a rectangular base and an enlarged rhombic tip composed of the ventral sclerites, which exceed in length the dorsal sclerites. In A. varzobi  , the epiproct is slightly tapering and the ventral sclerites do not extend past the dorsal ones. Additionally, the hind margin of tergum 9 bears two papillate lobes ( Zhiltzova 2003). 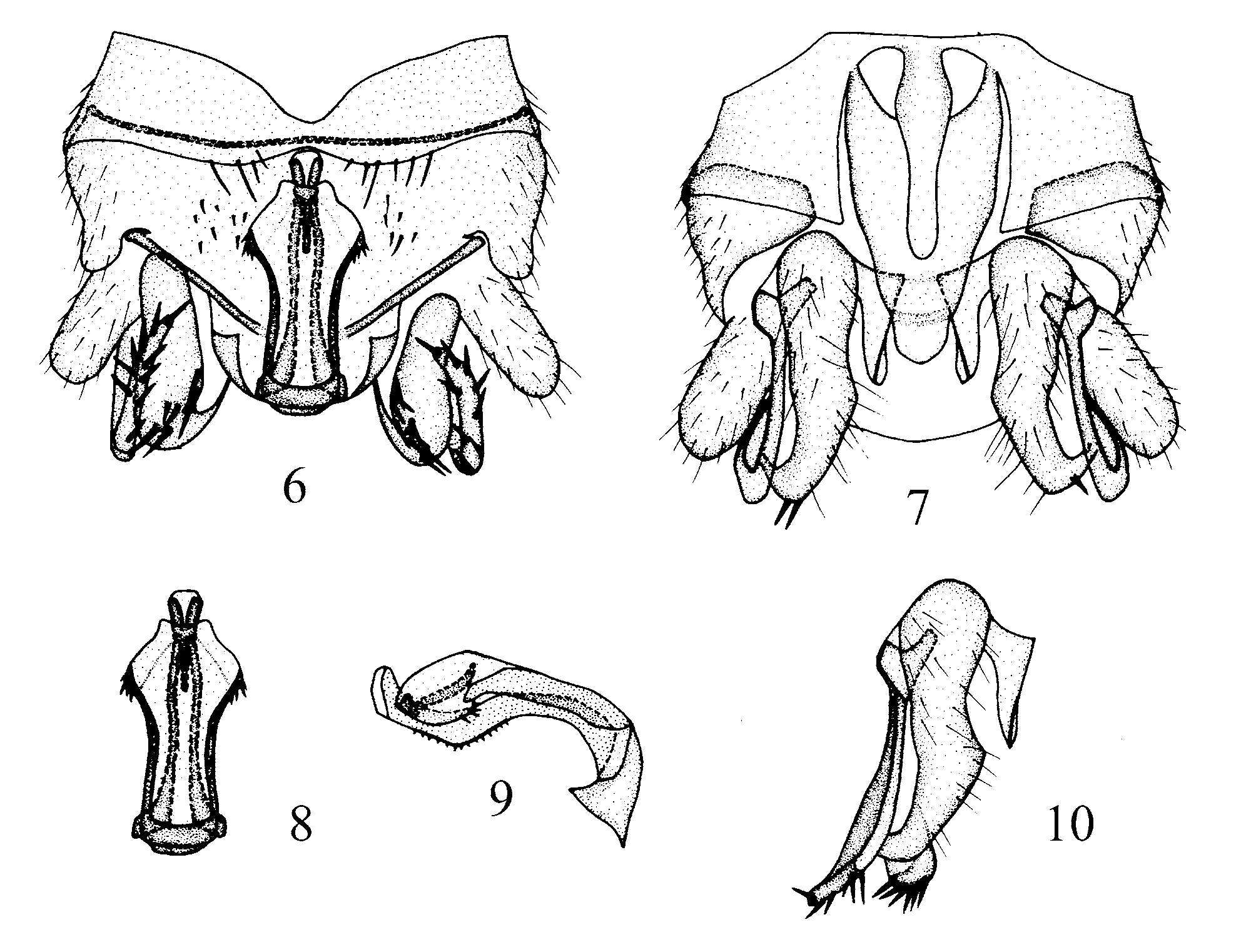