Diagnosis. This new species, of which we obtained only two males in many years of screening Malaise trap samples taken in boreal forest, is distinguished as follows ( Fig. 23View FIGURES 19–23). The ventroposterior edge of the gonocoxal synsclerite has a small, U-shaped emargination medially (↓ 4). Of the tegmen, the broadly rounded apex is reinforced by strong sclerotization (↓ 5) and the basal portion is parallel-sided (holotype) to slightly bulged (paratype). Of the aedeagal apodeme, the base is strongly, laterally compressed (which is hard to appreciate in ventral view), while the apex is widened into a largely membranous funnel whose edge bears a pair of sclerotized, bi- to tridentate protuberances (↓ 6). The genitalia of N. ovata Jaschhof  resemble that of N. taigensis  , but in N. ovata  the gonocoxal edge has no emargination medially; the tegminal apex is less strongly convex and markedly pointed laterally; and the apex of the aedeagal apodeme is differently shaped and armed ( Jaschhof 1996: fig. 6). Females and preimaginal stages of N. taigensis  are unknown.

Etymology. The species name, an adjective, is derived from taiga, the Russian word for the boreal forest, where the two specimens known of this new species were collected. 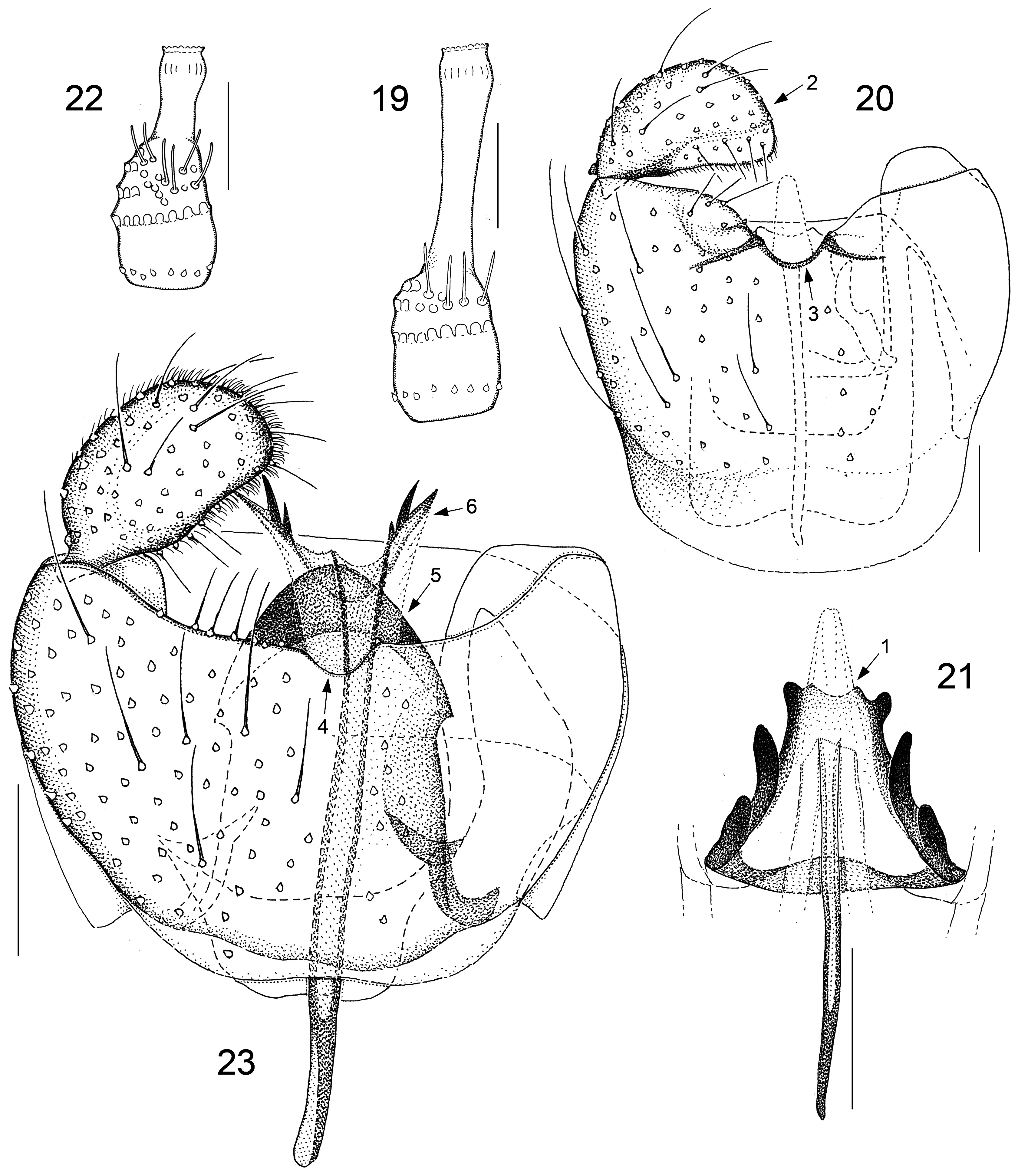