Comparative notes. Adults of most known species of Pseudophanias have a relatively stout habitus, thus can be readily distinguished from the new species described here. Pseudophanias spinitarsis is most similar to the Sumatran P. elegans Raffray which also has a more or less elongate general form. These two species can be separated by the distinctly larger body size (> 3 mm in P. spinitarsis vs. 2 mm in P. elegans ), and relatively much longer scape of the new species.

Ecology. All individuals were found in the deeper part of the cave (P. Beron pers. comm.), but the presence of welldeveloped eyes and hind wings reveals a modest hypogean adaptation in the new species.

Etymology. The epithet refers to the modified male pro- and mesotarsi of the new species.

Acknowledgments. The senior author thanks Giulio Cuccodoro and Ivan Löbl for their hospitality and logical support when the author visited the MHNG in 2012 and 2015. An anonymous reviewer is thanked for commenting on the manuscript. The present study was supported by the National Science Foundation of China (No. 31501874), and the Science and Technology Commission of Shanghai Municipality (No. 15 YF 1408700). 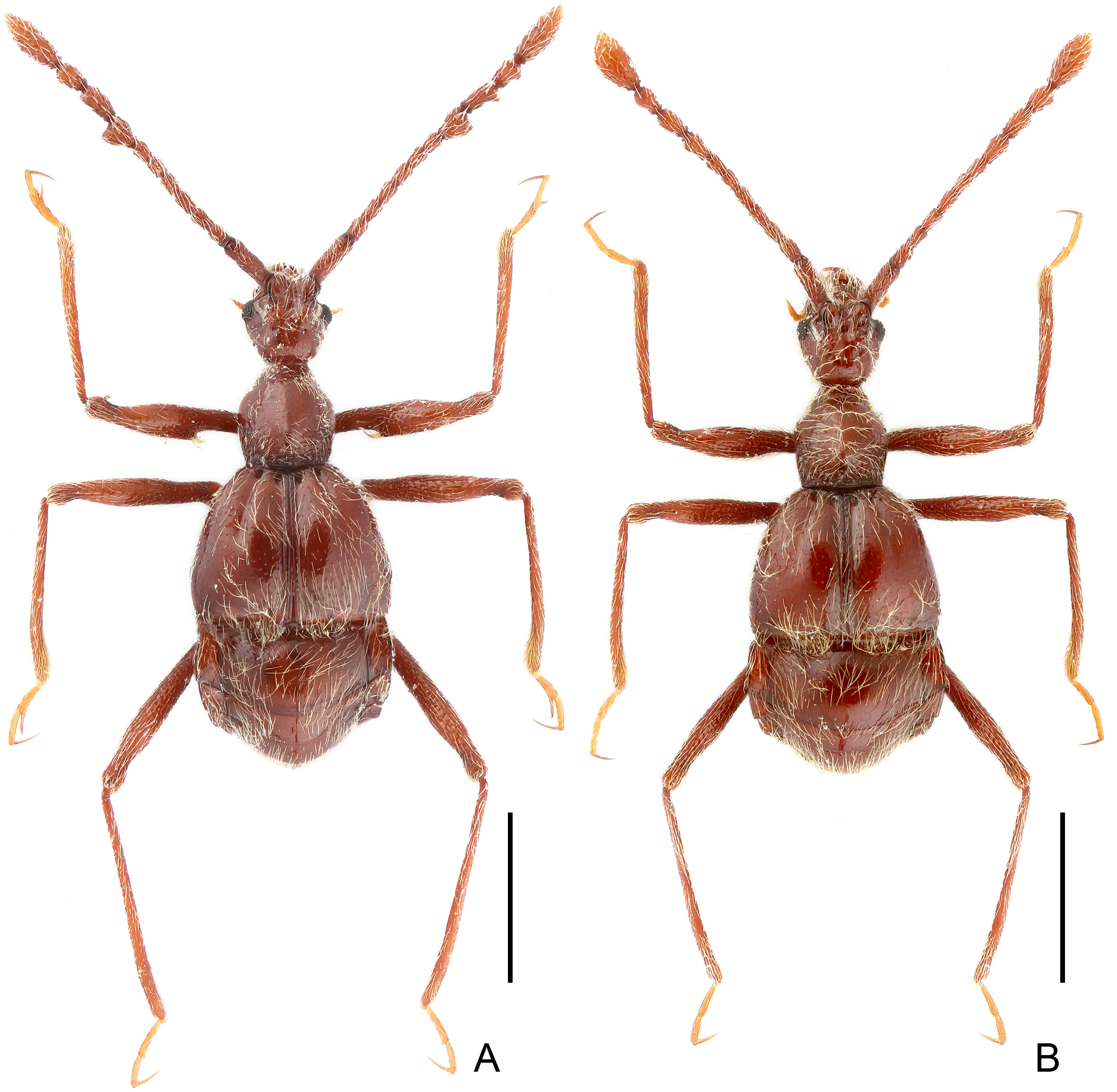 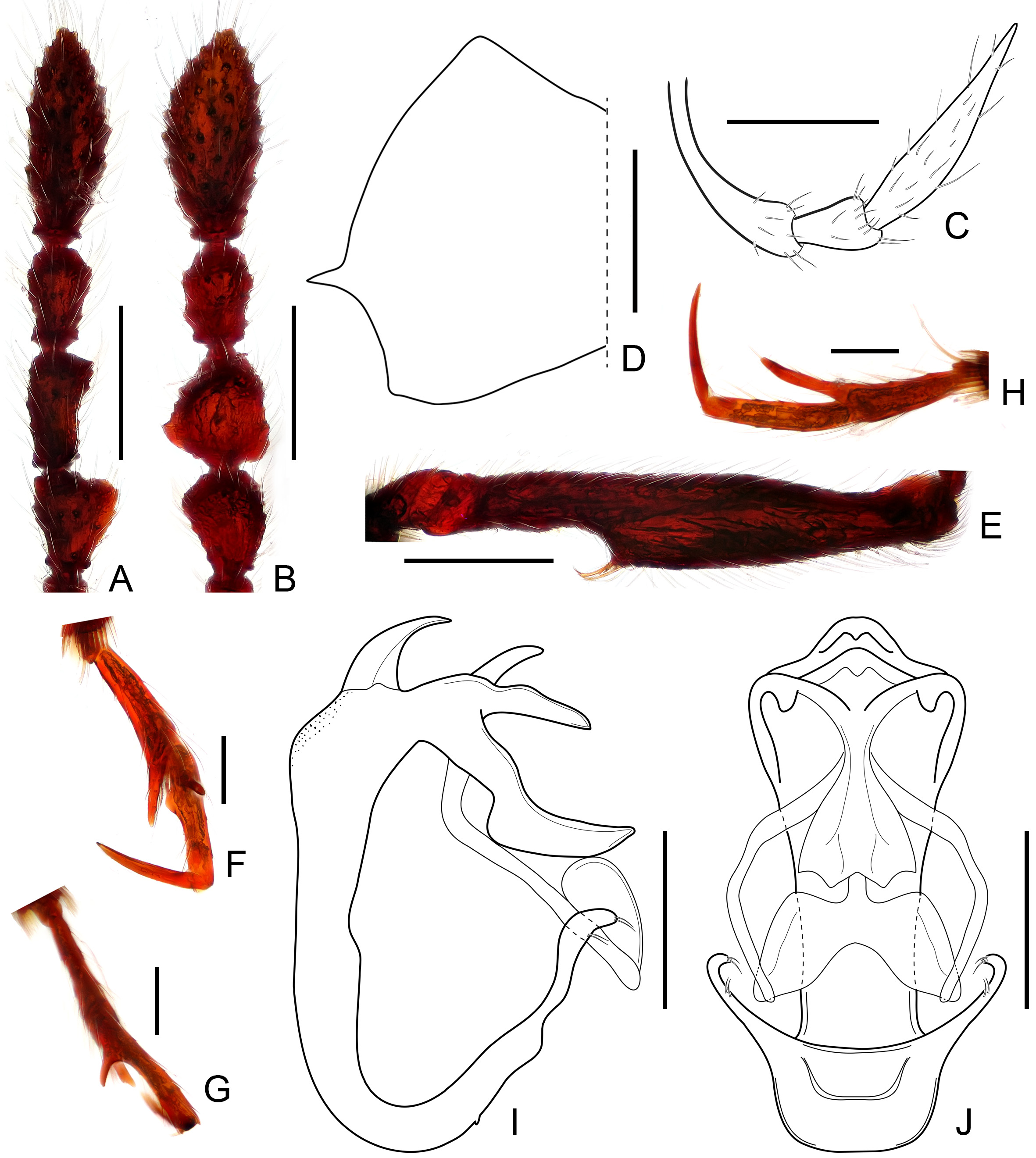