Distribution. Oriental and Eastern Palearctic Regions (currently up to 33°N in Kyushu, Japan); some populations (considered to be introduced) occur on Bonin and Mariana Islands.

Discussion. The generic placement of Lygus bakeri   has been problematic. This taxon was considered Lygus   [sensu lato] (as incertae sedis) for eight decades. SCHWARTZ & KERZHNER (1997) evaluated the features of L. bakeri   and provisionally provided a new combination in Prolygus   . Nonetheless, P. bakeri   lacks several diagnostic characters that we herein redefine (see above diagnosis and discussion for Prolygus   ).

We have been seeking more suitable placement of P. bakeri   in either Dagbertus   or Micromimetus   or others. Although this Asian taxon is at first sight very similar to some members of Dagbertus   (e.g., D. olivaceus (Reuter, 1907)   , Fig. 65 View Figs 54–65 ), the latter is a group from the New World including Galapagos (cf. Fig. 64 View Figs 54–65 ) and has the evidently different genitalic structures (see below discussion of Poppiolygus   ). The other candidate genus Micromimetus   was proposed to accommodate a single species, M. pictipes Eyles, 1999   , from Cook Islands ( EYLES 1999).

Lygus bakeri   does not have most of above diagnostic characters of Micromimetus   , and any other known genera also cannot accommodate it. Therefore, we conclude that establishment of a new genus Anthophilolygus   is the best solution. Incidentally, our new genus will include a couple of unidentified mirines collected in Indonesia, Malaysia and Thailand (cf. Fig. 81 View Figs 73–82 ). Because identities of numerous described species still left in Lygus   [sensu lato] (cf. POPPIUS 1914,1915) need further verification, however, we currently document just one additional congener, Anthophilolygus alaneylesi   sp. nov., with a distinctive identity, to avoid unnecessary synonymy or misidentification. 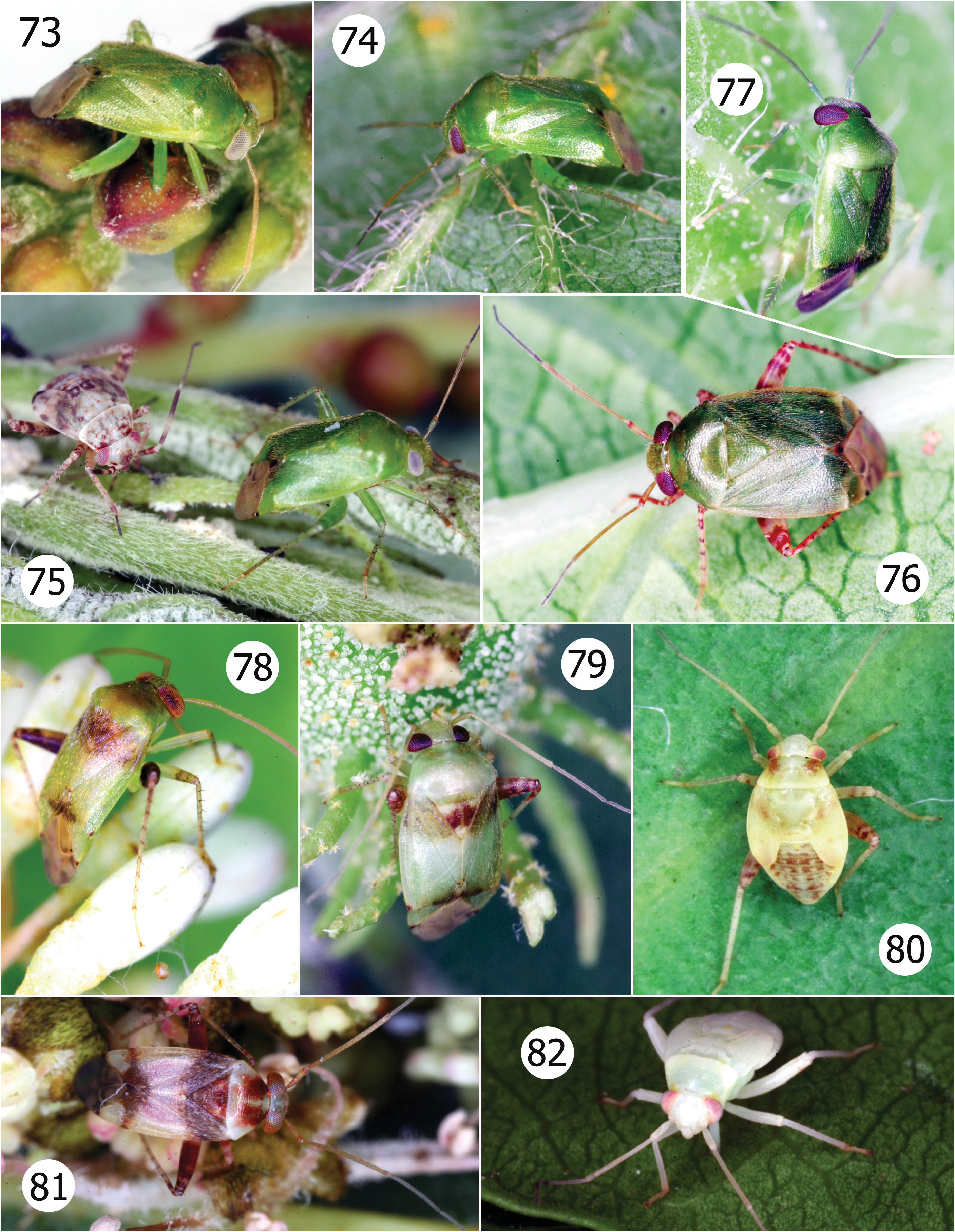 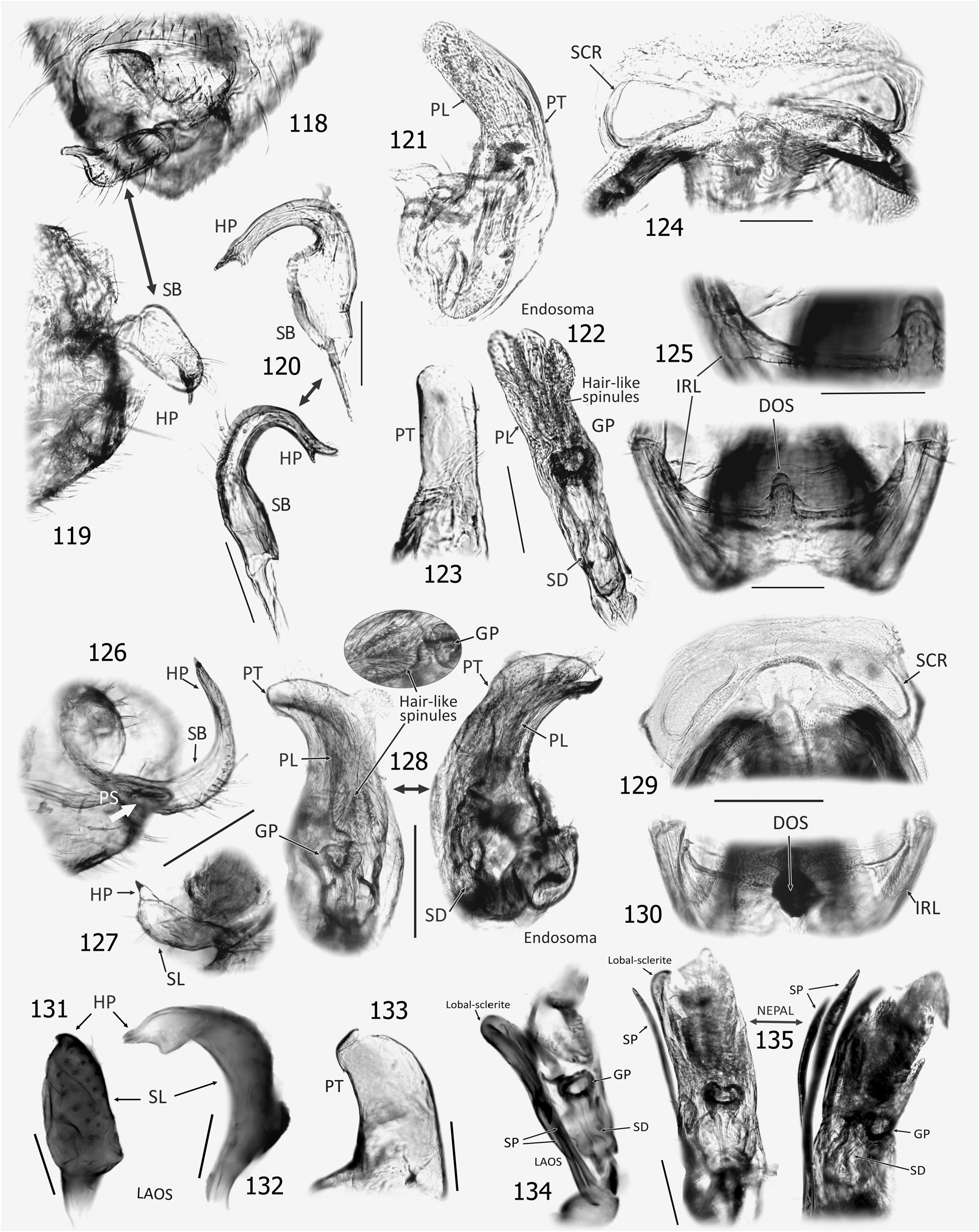 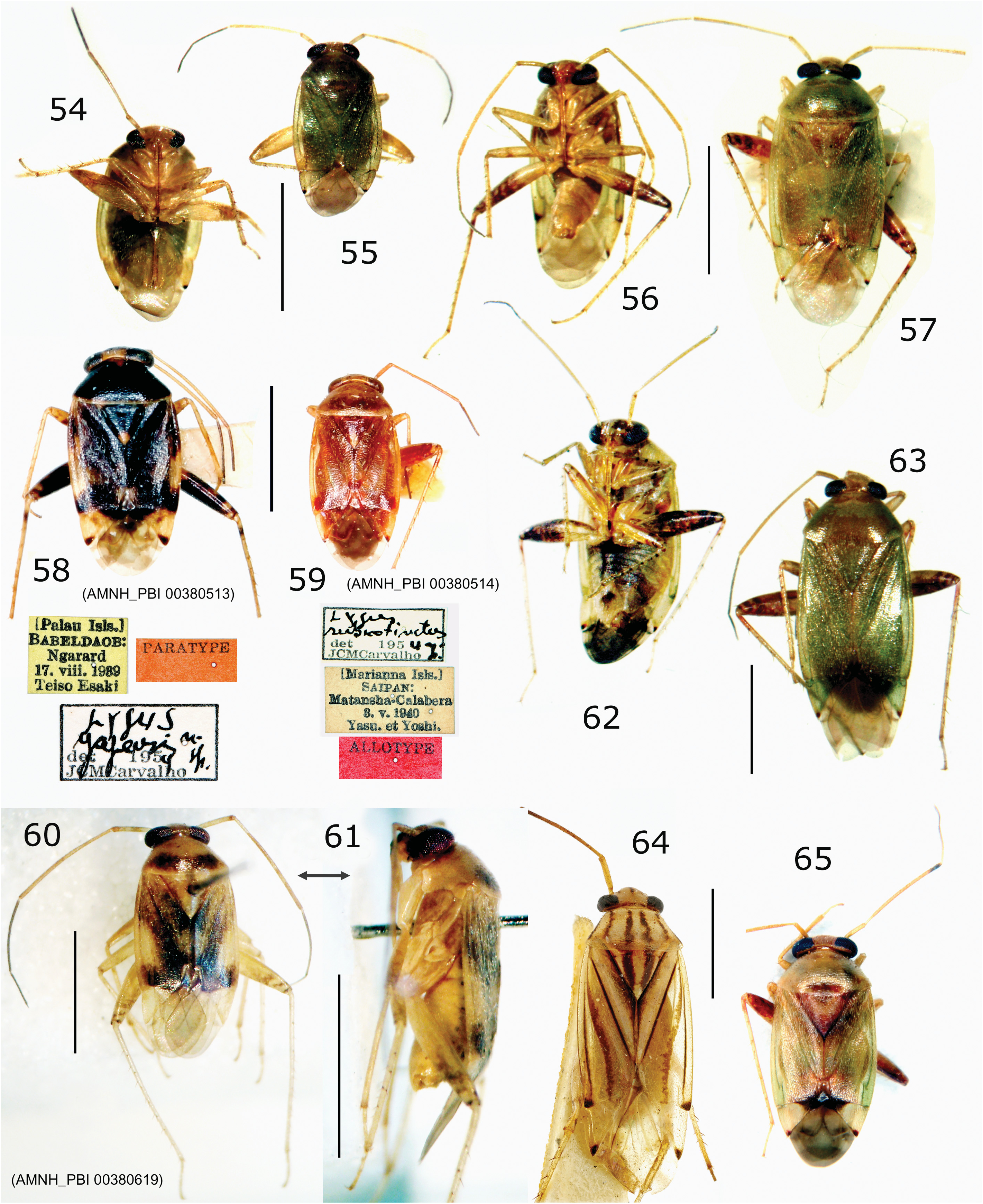