Note. The type species of the genus Masteria hirsuta was described by L. Koch in 1873, based on a female specimen from Ovalau ( Fiji Islands). Roewer (1963) described the male based on a specimen from Pohnpei (or Ponape) in Micronesia and examined several juvenile females from Marina Islands (Tinian) , Palau (Babelthuap, Koror, Peleliu), Chuuk (or Truk), Kosrae Is. (or Kusaie) next to adult females specimens from Yap and the Marshall Island (Eniwetok). Roewer concluded that all the specimens he examined represented a single widespread species in Micronesia, even though the type came from Ovalau, about 1000km away.

The internal genitalia of the female holotype (and type species of the genus) is illustrated here for the first time ( Fig. 1C View FIGURES 1 ). The internal genitalia of the female holotype differ from the illustration given for a specimen identified as M. hirsuta by Passanha & Brescovit 2018 from Ponape (see Passanha & Brescovit 2018: fig. 6A). The differences observed are as such: the spermathecae bases are much shorter and broader in the type specimen and the ectal lobes are situated externally on the spermathecae bases while in M. hirsuta from Ponape the spermathecae bases are long and thin and the ectal lobes are situated medially on the spermathecae bases. The female internal genitalia of Masteria are fragile, the differences observed could be due to distortion, variation, or just a different angle of illustration. At this point, a re-examination of fresh specimens from Ovalau, and Ponape is necessary in order to conclude if these specimens belong to the same or represent separate species. Bearing in mind the high diversity of the genus (WSC 2021), it would not be surprising that the species from Ovalau and Ponape are two different species and under these circumstances the male described by Roewer (1963) would not be male of M. hirsuta . Interestingly, Raven (1979) redescribed the species based on the type specimen and illustrated the carapace but the information was overlooked in the World Spider Catalog (2021). 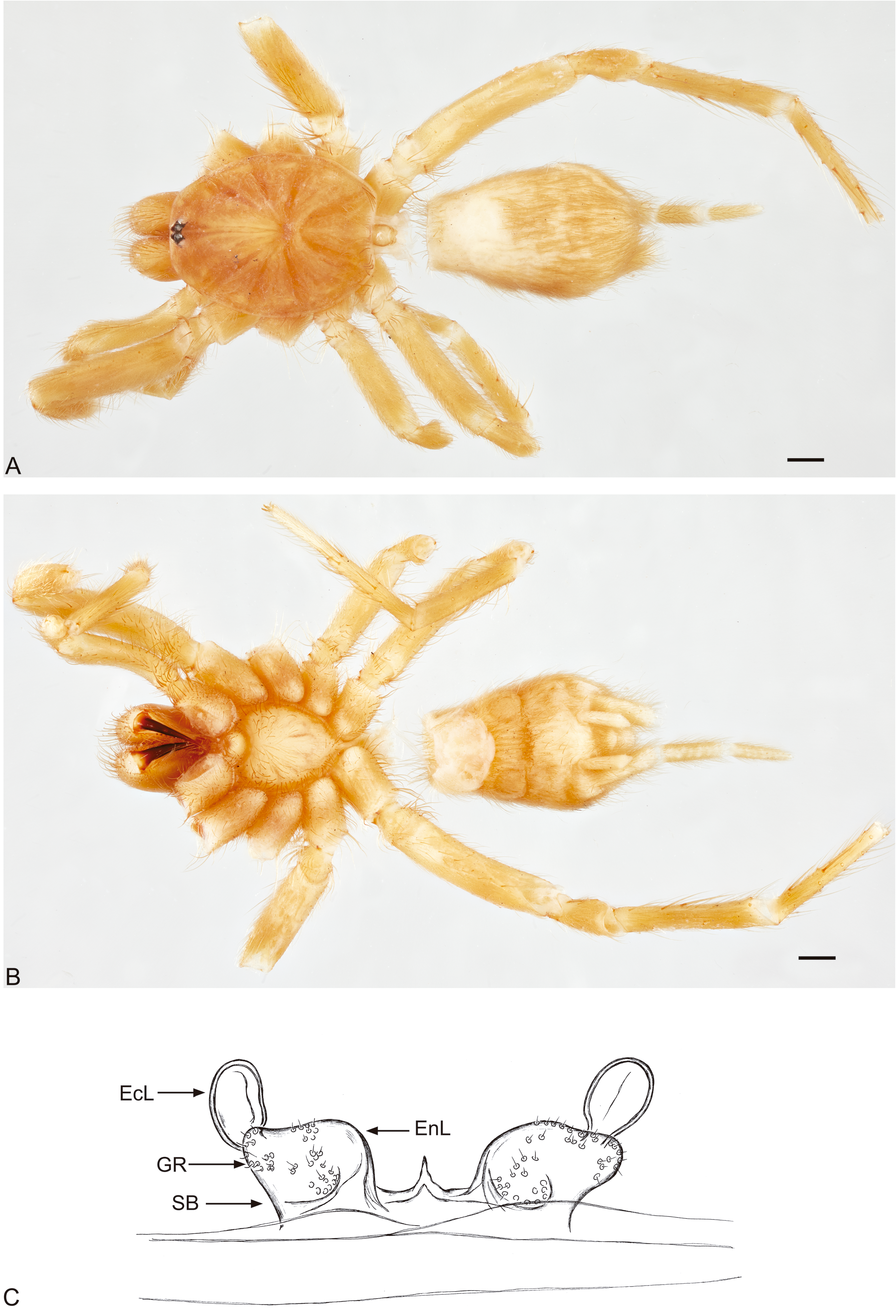 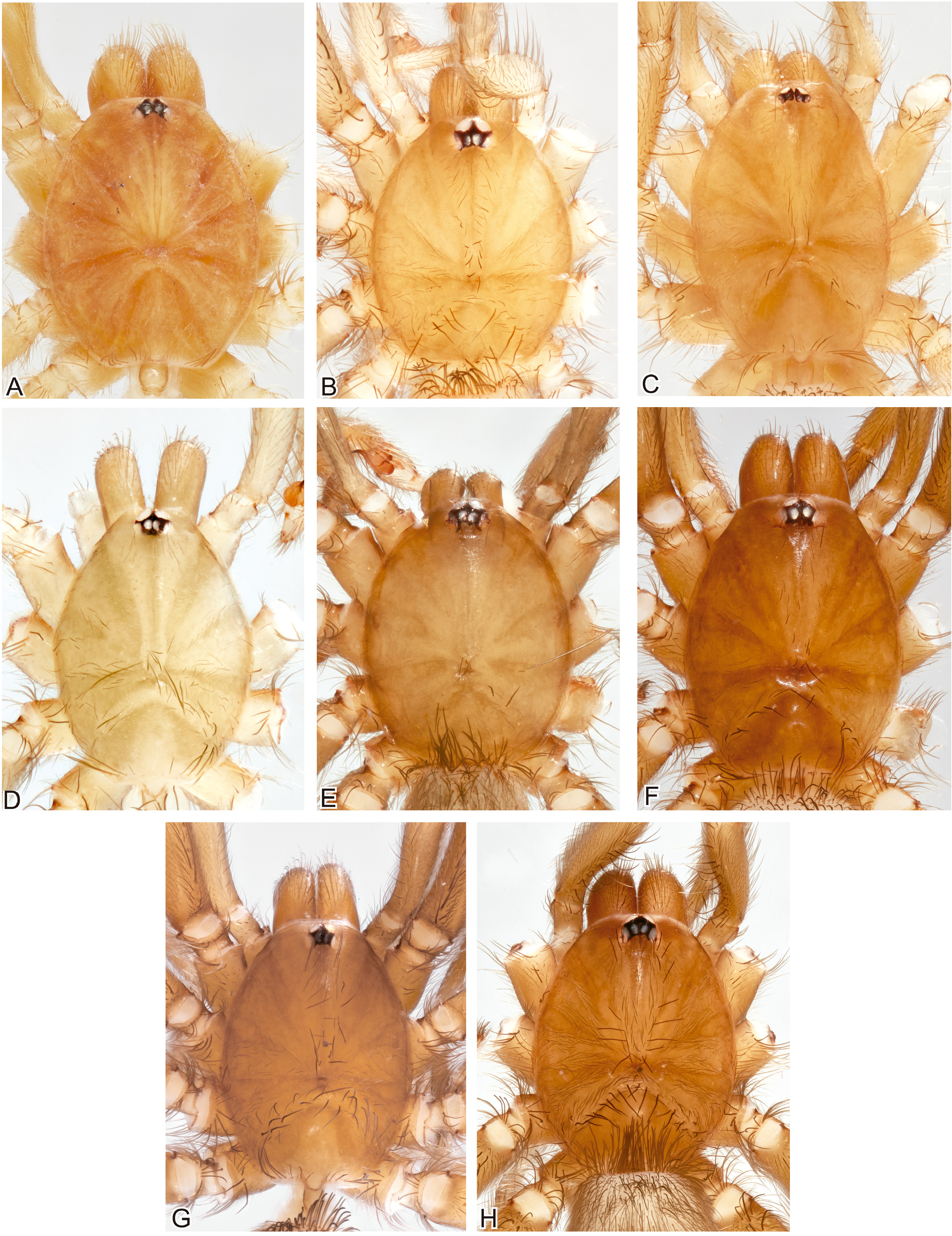