In an animal recorded at night, the calling song consisted of a sequence of echemes each containing 5–7 syllables (syllable repetition rate 40 Hz), produced in short series or without interruption for at least 45 s. The echemes were separated by short intervals of about 150–200 ms ( Fig. 7View FIGURE 7 H) and repeated at a rate 3 Hz ( Table 1). The calling songs of both songtypes of M. eversmanni  (see above) are so different that either two species may be involved or it is another case of a song dimorphism as in M. decticiformis  (see above and Discussion). 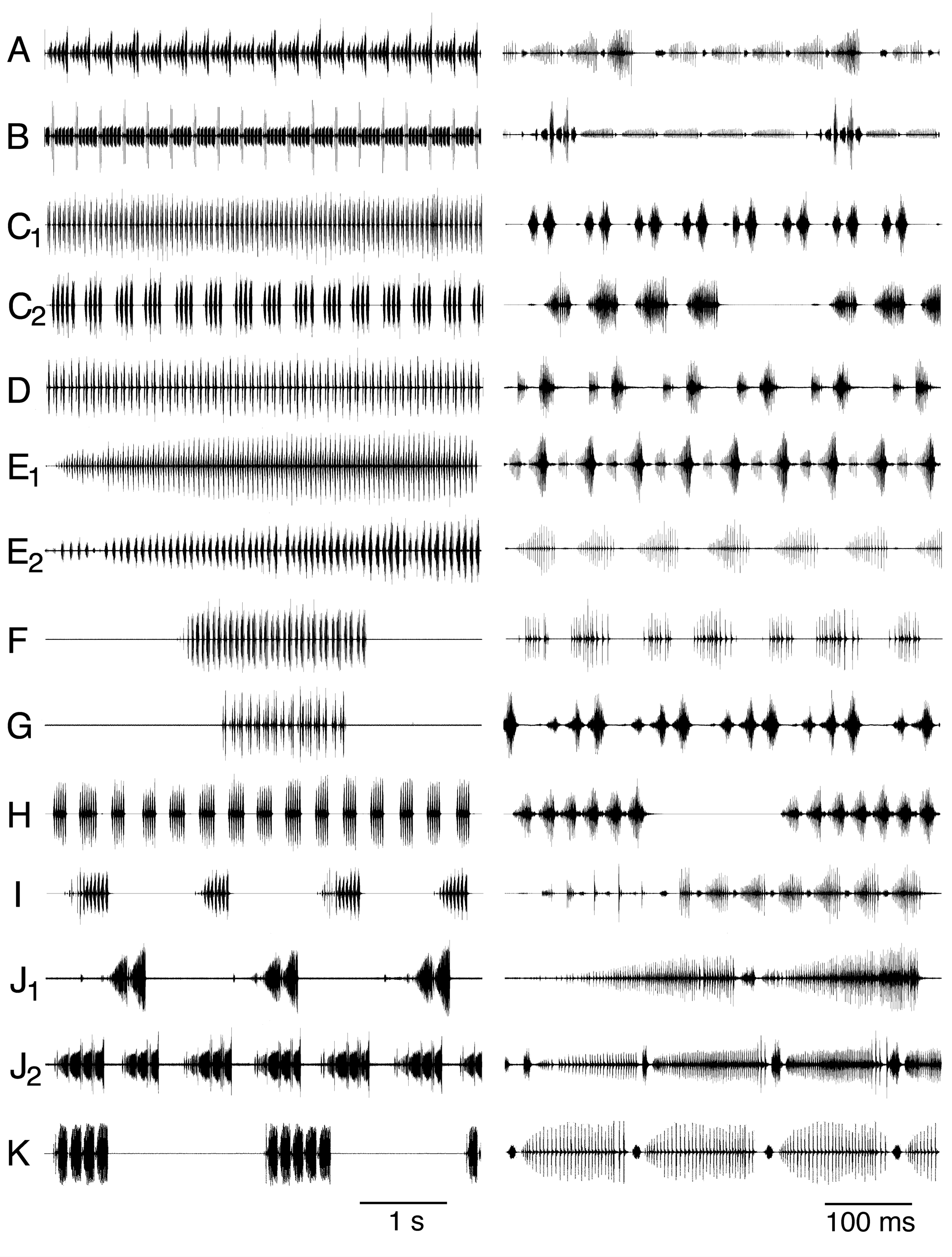