Range and habitat. Known only from the type locality.

Remarks. Nomenclature. Multi-specimen lots labeled “ Cerodrillia arcas Steger MS  ” were distributed by Dan Steger to museums in anticipation of the publication of his manuscript (around 1970), which never transpired. The whereabouts of his MS is unknown. Lots have been found in ANSP 323999, MCZ 279174, DMNH 107166, DMNH 107187, DMNH 107174, DMNH 46224, and UF 21573 that are this species, in part. They are typically a mix of juvenile and adult specimens, mostly juveniles, with a few juvenile and adult specimens of Cerodrillia porcellana  , new species, mixed in. Since some of the specimens were in poor condition, only those clearly identifiable as Lissodrillia arcas  , news species are included in the type series. Taxonomy. Lissodrillia arcas  has all the characteristics that distinguish Lissodrillia  : a very small shell with ribs suture-to-suture, no spiral sculpture, and anal sinus and outer lip edge trace a reversed “S”. It is unique in possessing a longer, more tapering last whorl and anterior canal than most other species in the genus. Variability. The average total length of seven specimens is 5.47 mm (4.6 –6.0 mm), and their average W/ L ratio  is 0.392. Identification. Lissodrillia arcas  is similar to L. verrillii (Dall, 1881)  , L. turgida  , new species, Syntomodrillia lissotropis (Dall, 1881)  , Leptadrillia loria Bartsch, 1934  , Leptadrillia splendida Bartsch, 1934  , and Cerodrillia porcellana  , new species. From L. verrillii  it differs in having less angular whorl shoulders. From L. turgida  it can be distinguished by its more angular, “sagging” whorls, which are evenly round in L. turgida  . From the other species it can be distinguished on the basis of differences that separate the genera. Leptadrillia loria  and L. splendida  have spiral grooves on the anterior fasciole, which are lacking in L. arcas  . Cerodrillia porcellana  has spiral grooves on the anterior fasciole and a few fine grooves on the shell base. Syntomodrillia lissotropis  has spiral grooves on the anterior fasciole and between ribs, although the latter may be almost imperceptible in this species. 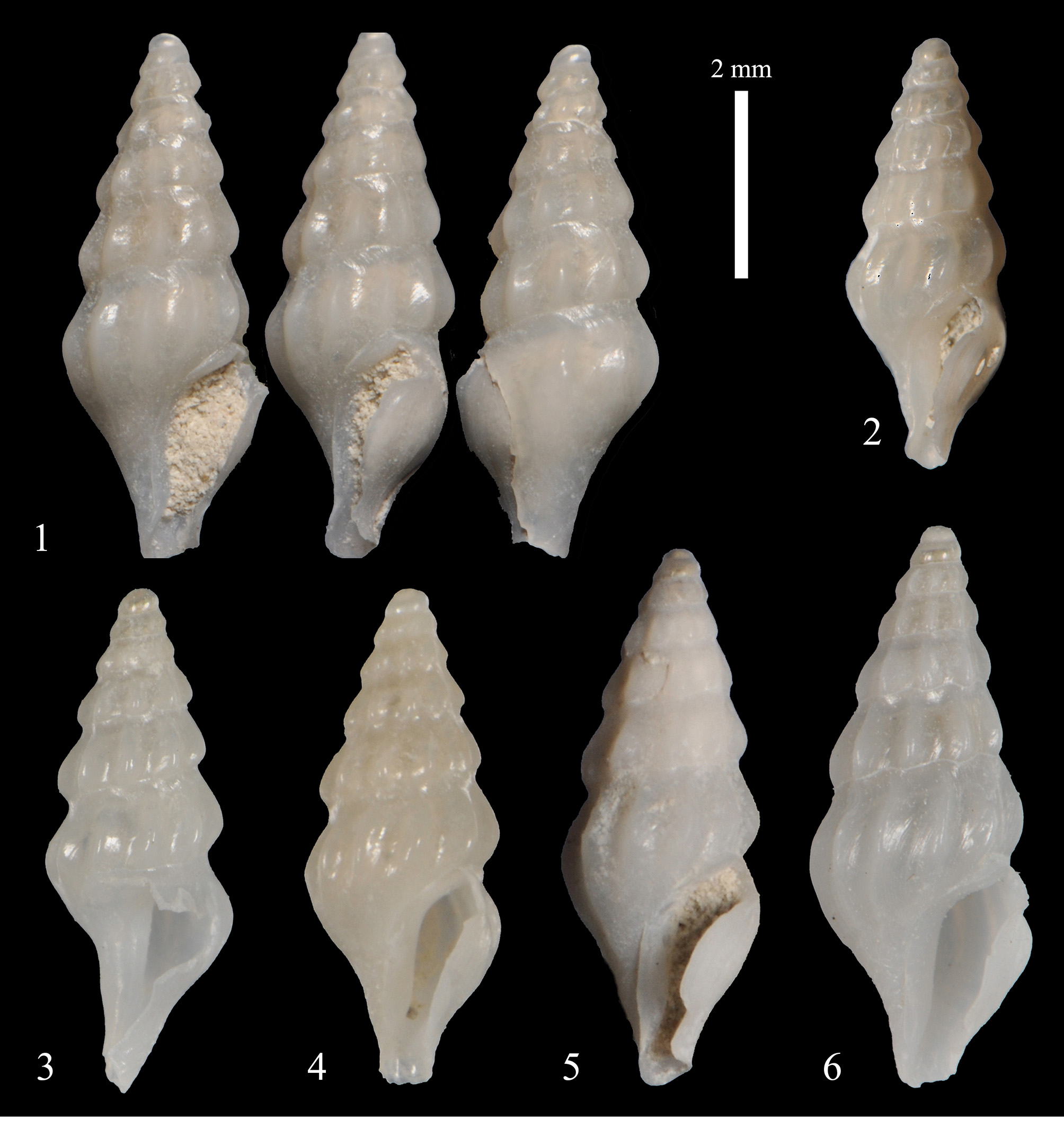