Range and habitat. Mexico (off Triángulos  Reefs, Campeche Bank). Reported at 63–65 m, on mud, for specimens from the type locality, and at 457 m for a specimen from W of Tampa Bay.

Remarks. Taxonomy. Leptadrillia lizae  displays all the characteristics of Leptadrillia  : a slender shell with a long anterior canal, ribs extending from suture-to-suture with only a slight change in the sulcal region, and spiral sculpture absent except near and on the anterior fasciole. The anterior canal is somewhat shorter than most of its congeners. Variability. The average total length of five specimens is 8.44 mm (7.3–9.3 mm) and their average W/ L ratio  is 0.346. Identification. Leptadrillia lizae  is most similar to L. splendida Bartsch, 1934  , L. histriata  , new species, and L. loria Bartsch, 1934  , two of which also occur in the Gulf of Mexico. From L. splendida  it differs in possessing less angular and more evenly rounded whorls, straighter and more numerous ribs (12 versus 10 on penultimate whorl of L. splendida  ), and a somewhat shorter anterior canal. The ribs of L. splendida  are more arcuate and whorl peripheries are below mid-whorl. From L. loria  it differs in being larger (8.44 mm versus 6.8 mm in total length), and in possessing a more evenly rounded and more convex whorls. Whorl peripheries are also below mid-whorl in L. loria  , as in L. splendida  . From L. histriata  it differs in having more convex whorls and usually fewer ribs (12 versus 11–15 on the penultimate whorl).

Etymology. Liz’s Leptadrillia  . Named after my daughter, Elizabeth A. Fallon. 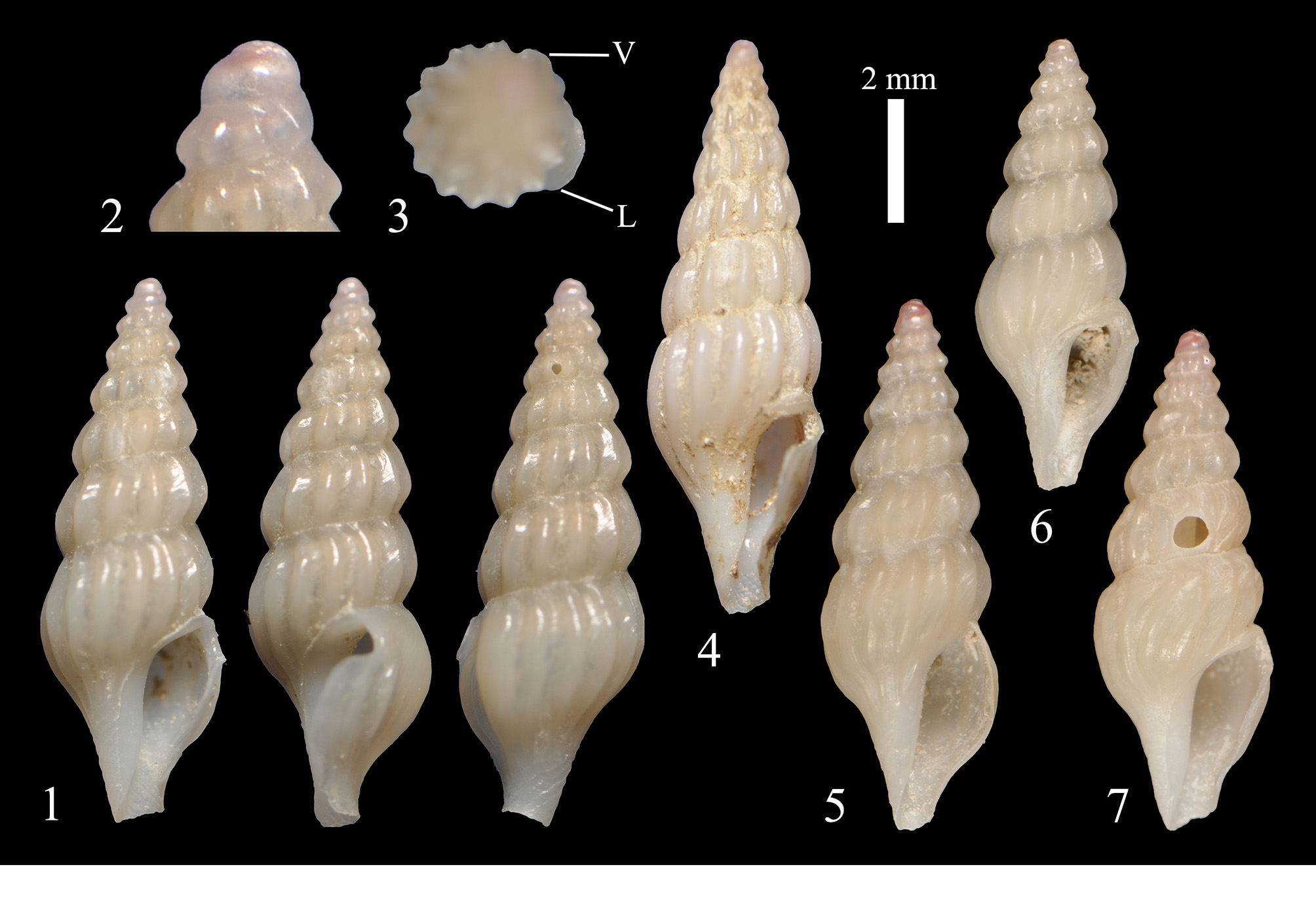