Range and habitat. Colombia (Gulf of Morrosquilla); Panama (off Escudo de Veraguas I.). Reported from 20–250 m, and in the case of the shallow depth, from on a gravel bottom.

Etymology. The Fluted Leptadrillia  . From the Latin adjective histriatus (feminine histriata  ) meaning fluted or grooved. The spindly shell with regularly spaced, even ribs separated by V-shaped grooves brings to mind a fluted pole. 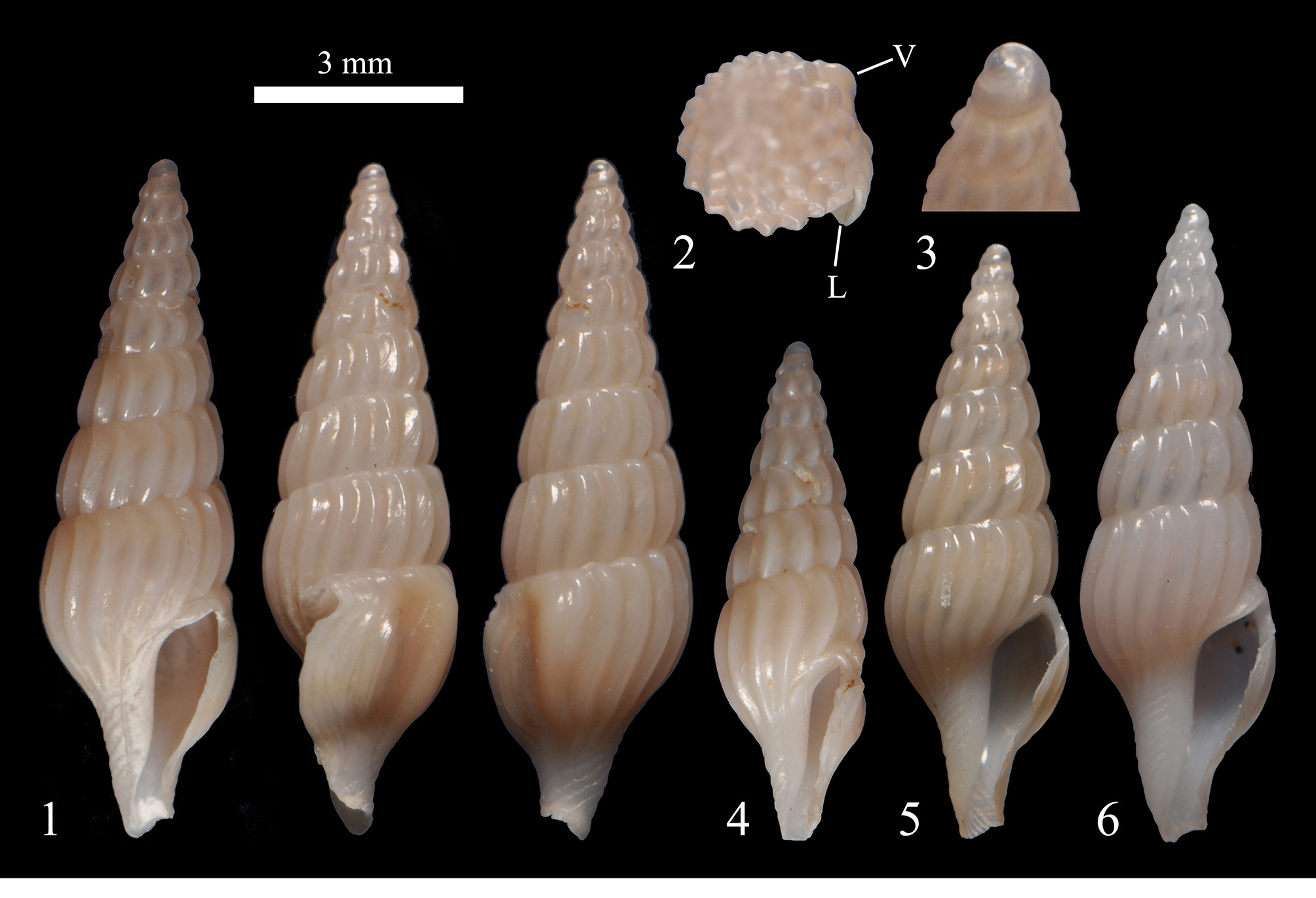